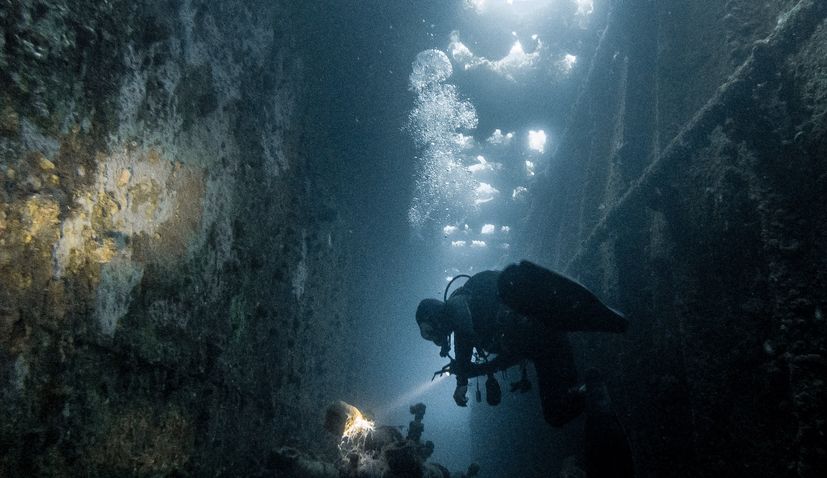 American mega-builder Fred Hagen there is no such thing as an uneventful day. After all, he is running some 60 multi-million dollar building projects from Philadelphia to Fairbanks, Alaska … including new hospitals, government facilities, major museums and sprawling housing developments.

But for Hagen his most stimulating days have him diving on the wreck of the Titanic, salvaging World War ll aircraft and recovering mortal remains of American airmen lost in the jungles of Papau New Guinea, or starting his own humanitarian mission in war ravaged Ukraine — personally delivering pediatric medical equipment to embattled Ukrainian hospitals.

For Hagen, the quest for first hand knowledge and unexpected experiences is a marvelous obsession, especially for a humble Delco guy who started out swinging a hammer and working on the Alaskan Oil Pipeline in the late 1970s. The expedition is based on the widely held theory developed since the discovery of the famed Croatian Apoxymonos statue in 1962 by a sponge diver who came across a Roman wreck, that there were likely more statues along the wreck site path as the the ship’s crew was tossing the heavy statues overboard in hopes of saving themselves.

The expedition will be turned into a documentary series.

In 1962, while diving for sponges, a man discovered an untouched ancient Roman cargo shipwreck in the deep channel just off the coast of modern-day Croatia. The site from Emperor Trajan’s time (98 to 117AD) has fascinated archaeologists for years and yielded many valuable discoveries. The site has also left archaeologists split on a theory of why the ship sank. 37 years later, the Croatian Apoxyomenos statue was found just 3 miles from the Roman cargo shipwreck. Could this be a clue to what sank the cargo ship?

Many archeologists hypothesize the statue sailed with General Lucius Licinius Sura on the vessel and was cast overboard to lighten the load during a storm. Because Roman cargo ships rarely sailed with only one statue, it is believed that additional sculptures and items rest on the 3-mile stretch of ocean floor between the two sites. It is also thought that this may be the site of General Lucius Licinius Sura death.

For the past 30 years, war, bureaucracy, and conflict have left the sites untouched from exploration…until now.

World-renowned underwater archeologists, Irena Radić Rossi, Bridget Buxton, and historian Fred Hagen are taking us on a marvelous journey under the sea in search of remaining statues worth millions in Raising Apoxyomenos. For The Record of History

Hunt for Bronze October documentary will capture the wonder and awe of discovery in a race against time, history, and the elements. The series documents the archaeological team’s detailed examination of a 3-mile stretch of ocean in search of missing Apoxyomenos statues, clues to what caused the shipwreck, and evidence of general Lucius Licinius Sura’s death. The team battles time, budget, and 100km per hour Bora winds in the pursuit to change history in a cliff hanging journey.

In the early 1960s, sponge divers and coral hunters discovered an un-looted Roman shipwreck in the deep channel between the islands of Sveti Petar, Ilovik, and Lošinj. This information soon reached the Centre for Underwater Activities in Kostrena near Rijeka. In 1962, divers from the Centre undertook the first campaign to document the several hundred amphorae visible at the site, but the information did not reach the appropriate institutions until sometime later.

During this first investigation, Željko Korenčić took photos that show a well-preserved site. A new administrative division established in 1964 brought the wreck under the jurisdiction of Pula. In 1965, a team of Slovenian divers operating under the auspices of the official archaeologist Štefan Mlakar raised 17 amphorae from the site. 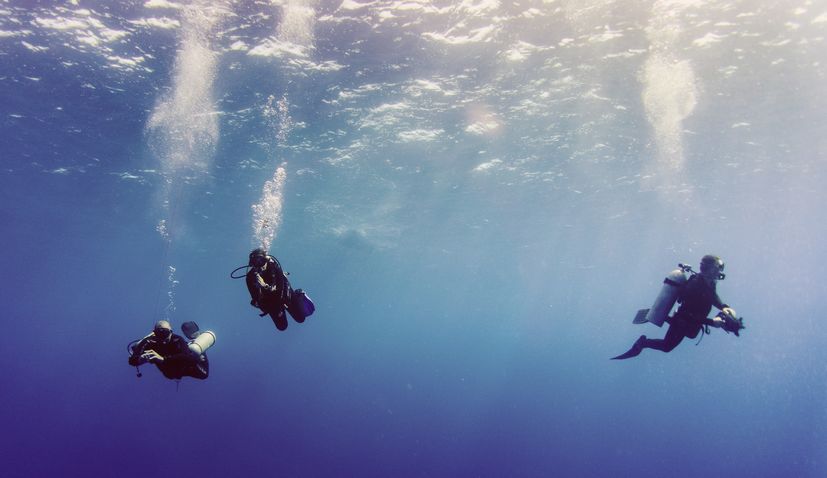 In 1999, information about the discovery of a bronze statue near Cape Glavičin reached the Croatian Ministry of Culture. The statue lay at a depth of 45 m, with no traces of any shipwreck in the vicinity. It was raised with the help of multiple organizations in April of the same year.

After many years of conservation treatment and an exhibition that traveled around the world, today the statue is on display in the Museum of the Apoxyomenos in Mali Lošinj.

The statue was cast in the late 2nd or 1st century BC and represents a young Greek athlete engaged in scraping himself down with a stlengis after working out or competing. Such images were a mainstay in the decoration of Greek gymnasia and the finest private homes, as well as festooning the important athletic sanctuaries of Olympia, Delphi, and elsewhere.

The best Greek bronzes, or the best copies, were also highly sought-after by Roman elites for use in both private and public spaces, particularly bathing-gymnasia complexes.

Lucius Licinius Sura was an influential Roman Senator from Tarraco, Hispania, a close friend of the Emperor Trajan and three times consul, in a period when three consulates were very rare for non-members of the Imperial family, in 102 and 107 AD as a consul ordinarius.

Known for his spectacular wealth and cultured personality, Licinius Sura’s influence was intellectual as well as political. He was believed to be Emperor Trajan’s speechwriter. Sura vanishes from the public record after his third consulate.

Irena Radić Rossi is the Co-Founder of the Research Center, collaborates and mentor students from all over the world and publishes articles on a regular basis.Thanks to her, Croatia has been placed on the map of the archeological world.

Fred Hagen is a aircraft historian and recovery expert who has recovered several WWII aircraft including the Swamp Ghost in Papua New Guinea and numerous other challenging expeditions.