ZAGREB, 7 May 2020 – President of the Croatian Football Federation (HNS) Davor Šuker has presented to FIFA and UEFA the introduction of a comprehensive model of testing football players and professional staff for the presence of SARS-CoV-2 virus during the Covid-19 pandemic.

The model was proposed by the Croatian Football Federation’s Health Commission, HNS said on Thursday.

More than a month ago, the model was submitted for scientific evaluation, and then published by renowned scientific journal Journal of Global Health. The main author was prof. Dr. Dragan Primorac, President of the Health Commission of the Croatian Football Federation and a member of the Croatian Government’s Scientific Council for Combating Covid-19.

In addition to all previous measures taken by the Croatian Football Federation to prevent the spread of Covid-19, the model includes the application of specific tests to determine the genetic material of SARS-CoV-2 virus, using molecular tests RT-qPCR, which prove the presence of viral ( N, E, RdRP) gene. Determining the presence of viral genetic material will be done from a sample of nasopharyngeal swabs (part of the pharynx behind the nasal cavity) because the nasopharynx is one of the places of concentration of the virus after entering the human body.

Given the so-called latency period (the period from contact with the virus to the production of new virus particles), during which it is possible to obtain “false-negative results”, the model contains two consecutive tests with an interval of five days. Namely, in this first phase, immediately after the entry of the SARS-CoV-2 virus into the cell, the viral particles almost disappear, while at the same time, the viral genetic material, namely its RNA, which is the basis for the synthesis of all viral proteins, accumulates in the cell. New virus particles, after being produced in the cell, remain in it for some time, and only after they are released from the cell (5-6 days after infection) can they be detected with certainty by molecular diagnostic methods.

Numerous professional journals, including The Lancet, have warned about this behaviour, and these facts should be taken into account when determining the presence of genetic material of the SARS-CoV-2 virus in the human body.

The proposed form of molecular testing is also significant due to the fact that the rapid increase in the number of viruses 5-6 days after contact with the virus is accompanied by the clinical picture that accompanies this cellular event. The paper, published in the Annals of Internal Medicine, shows that 95% of patients with SARS-CoV-2 virus show the first symptoms of the disease as early as the fifth day after infection, although the incubation period (from contact with the virus to clinical symptoms) for SARS-CoV -2 lasts an average of 1 to 14 days. An additional problem that must always be considered during the Covid-19 pandemic are asymptomatic disease carriers, and some studies such as the one published in the British Medical Journal point out that as many as 78% of newly infected individuals with SARS-CoV-2 can be asymptomatic. 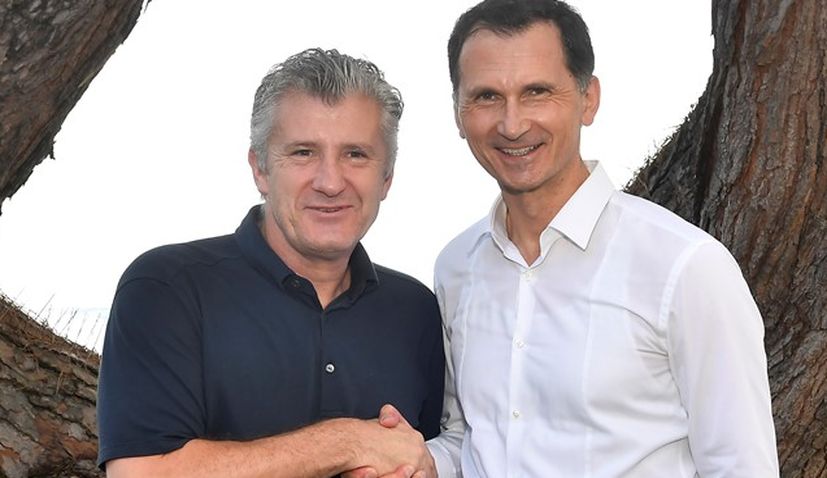 The proposed model, which starts as a “pilot project” with Croatian first division clubs, will be financially supported by the Croatian Football Federation. The model is particularly interesting to FIFA and UEFA as it proposes the first systematic approach to synchronized combat against Covid-19 in football, both in the Republic of Croatia and abroad. Testing of players and members of the professional staff of football clubs creates the preconditions for the start of the competition, and the “Croatian model” suggests the application of the same concept before the start of international competitions. The Croatian Football Federation will start the “pilot project” with first division clubs in the coming days.

“UEFA and FIFA reacted brilliantly to the proposed model of Croatian experts led by the president of the HNS Health Commission, Prof. Dr. Dragan Primorac. I am proud to point out that we are the first football federation to make a significant step forward by systematically applying epidemiological measures, including genetic testing in the fight against Covid-19. The measures we are taking are extremely important in protecting the health of players and professional staff, but also in preventing the spread of the SARS-CoV-2 virus, “said HNS President Davor Šuker.