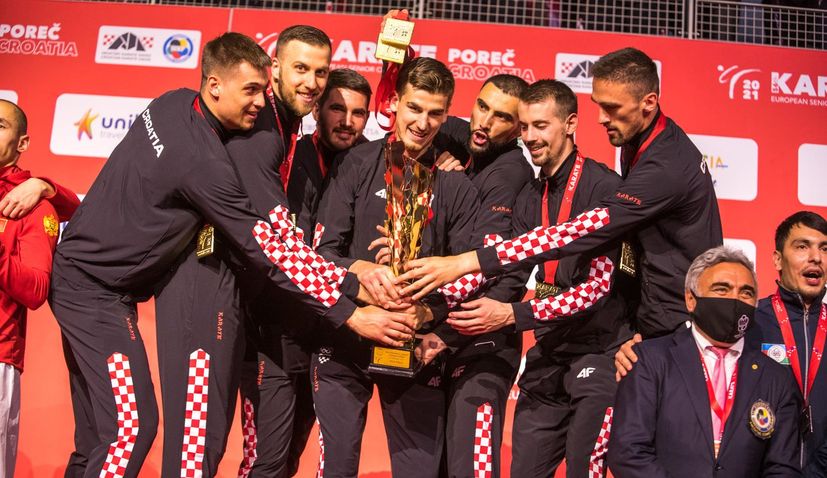 The Croatian national karate team are the European champions for the first time in their history after claiming gold at the 56th European Karate Championship in Poreč.

Croatia’s first point was won by Anđelo Kvesić, who beat Nenad Dulović s 3-1. Zvonimir Živković made it 2-0 with a walkover before Ivan Martinac gave Croatia their third point with a win over Marijo Hodžić.

The gold was Croatia’s 100th medal since Croatian independence at the senior European Championships and World Championships in karate.

“We are all overjoyed, we had high expectations, but gold is a dream come true. We are very happy, we will surely celebrate well. Montenegro was the surprise at the European Championships, beating big countries We expected a harder road, but it turned out great,” said Ivan Kvesić.

596 competitors from 47 took part in the championships.