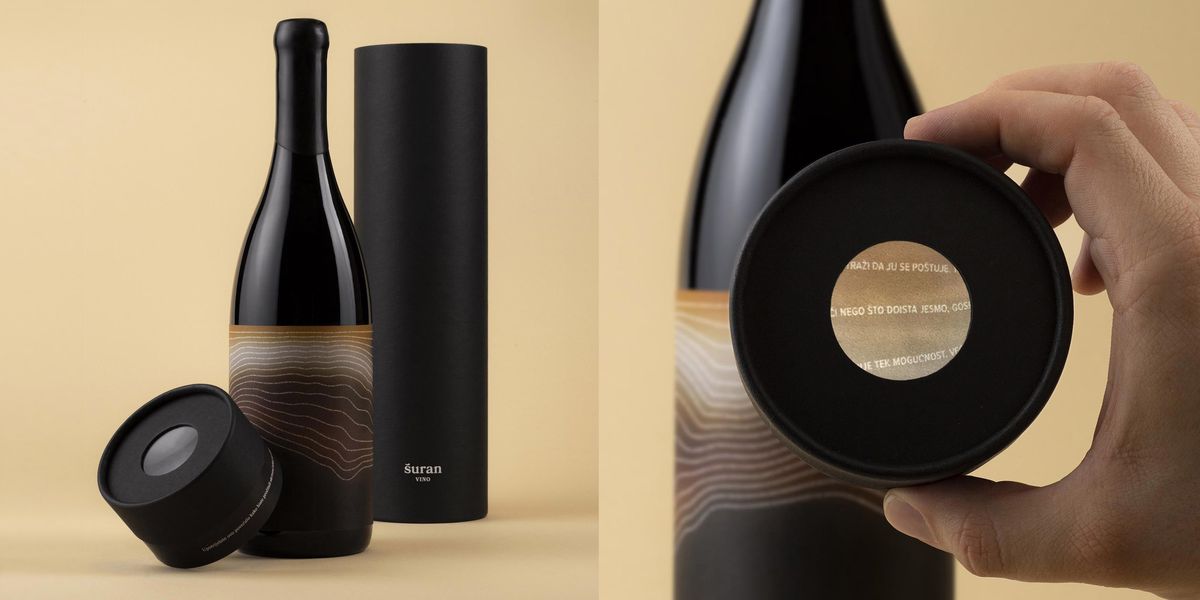 The winners of this year’s Pentawards, judged by representatives of 25 brands and 25 design agencies such as IKEA, Mars Food, Design Bridge, WWF, Microsoft, Nestle, Xiaomi, Lego, Amazon and many others, were announced at a Gala Dinner held last week in London.

With 2,000 entries from 60 different countries, Croatia’s Studio Tumpić/Prenc won silver in the wines (dark) category with the design of the Šuran biodynamic wine label. 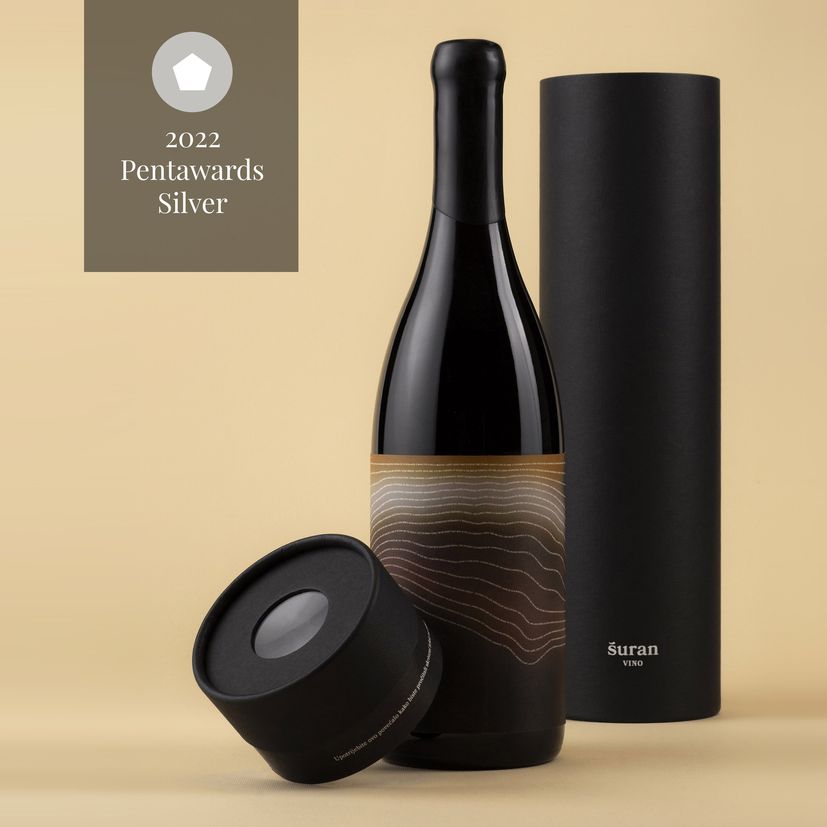 Since its inception in 2007, the Pentawards competition, which recognises excellence in packaging design, has received over 20,000 entries from more than 64 countries around the world. Works are placed in eight main categories with corresponding subcategories, each of which attracts the attention of the public, with an emphasis on industry professionals.

This is exactly how the rare ethics of exceptional, biodynamic wine, produced from grapes that have not been treated with chemicals, herbicides and pesticides, attracted attention. 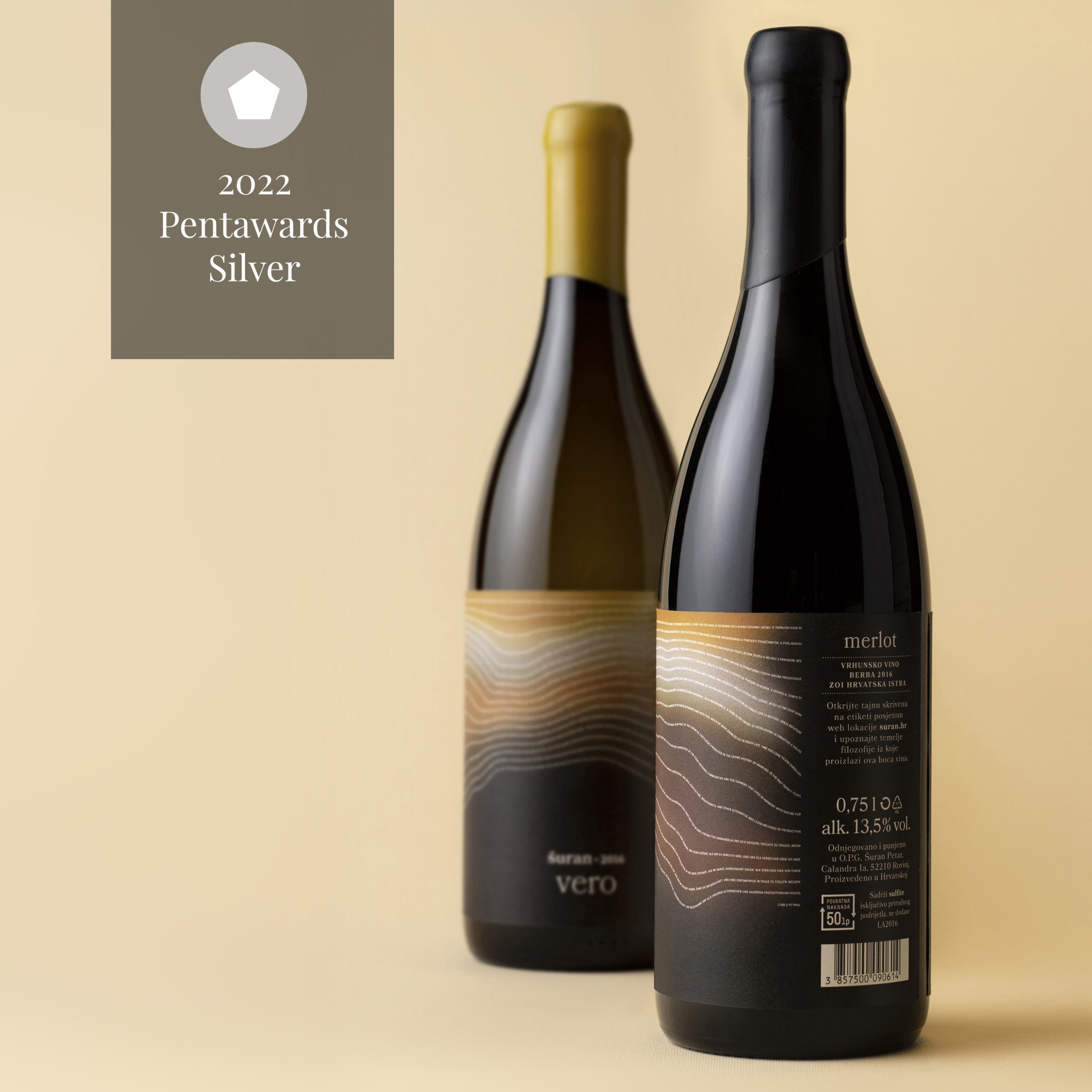 Such an ecological approach to agriculture implies the creation of a balanced ecosystem for the purpose of self-sustainability, which Studio Tumpić/Prenc wanted to show in its design.

The Rovinj designers achieved the above by evoking the microbiological activity of the soil through its layers, interwoven with fine print quotes from the Italian scientist and activist in the Slow Food International movement, Carlo Petrini. 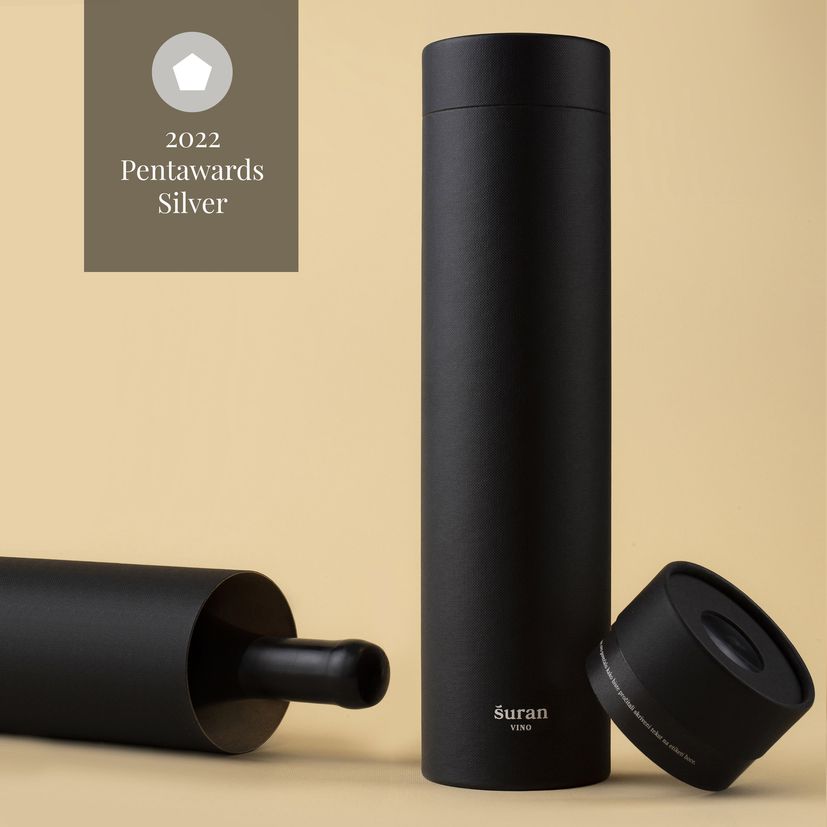 The text, which criticises the mass production of food and calls for ecological awareness, is invisible, just like the mentioned processes, to the naked eye, and the owner of the bottle can only read it with the help of a magnifying glass built into the lid of the packaging. 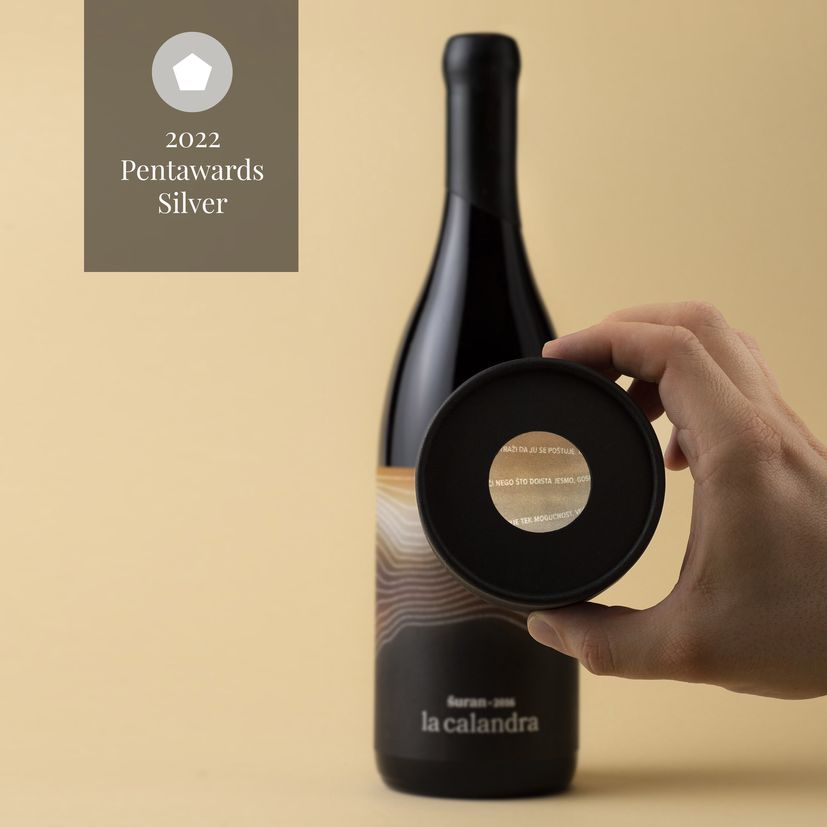 “Pentawards is one of the most important, if not the most important festival for packaging, i.e. packaging design. Being awarded alongside big brands such as Pepsi, San Pellegrino, Absolut Vodka, Lego or Adidas, with a project for a local wine producer means a lot to us”, said Anselmo Tumpić, creative director of the Studio, on behalf of his team.