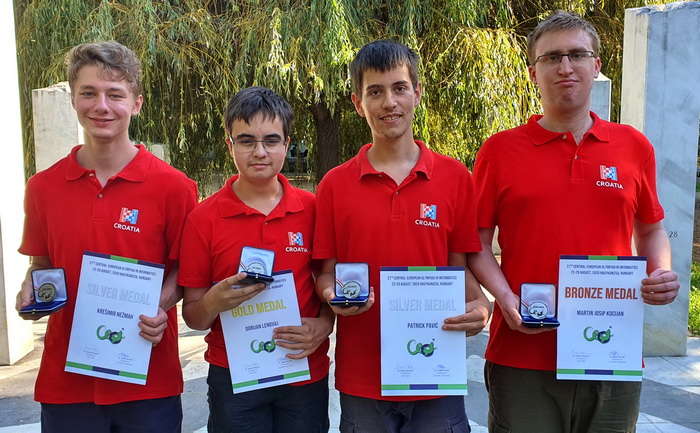 The Olympiad took place in Nagykanizsa, Hungary on August 23-29, the Croatian Informaticians’ Association said on Saturday.

Croatia was led by experts Ivan Paljak and Marin Kisic, and Matej Ferencevic and Alenka Dogan Capan also participated in the organisation of the performance. The manager and main organiser of the Croatian team was Krešimir Malnar.