Home » Business » Croatian startup one of the fastest-growing companies in the U.S. 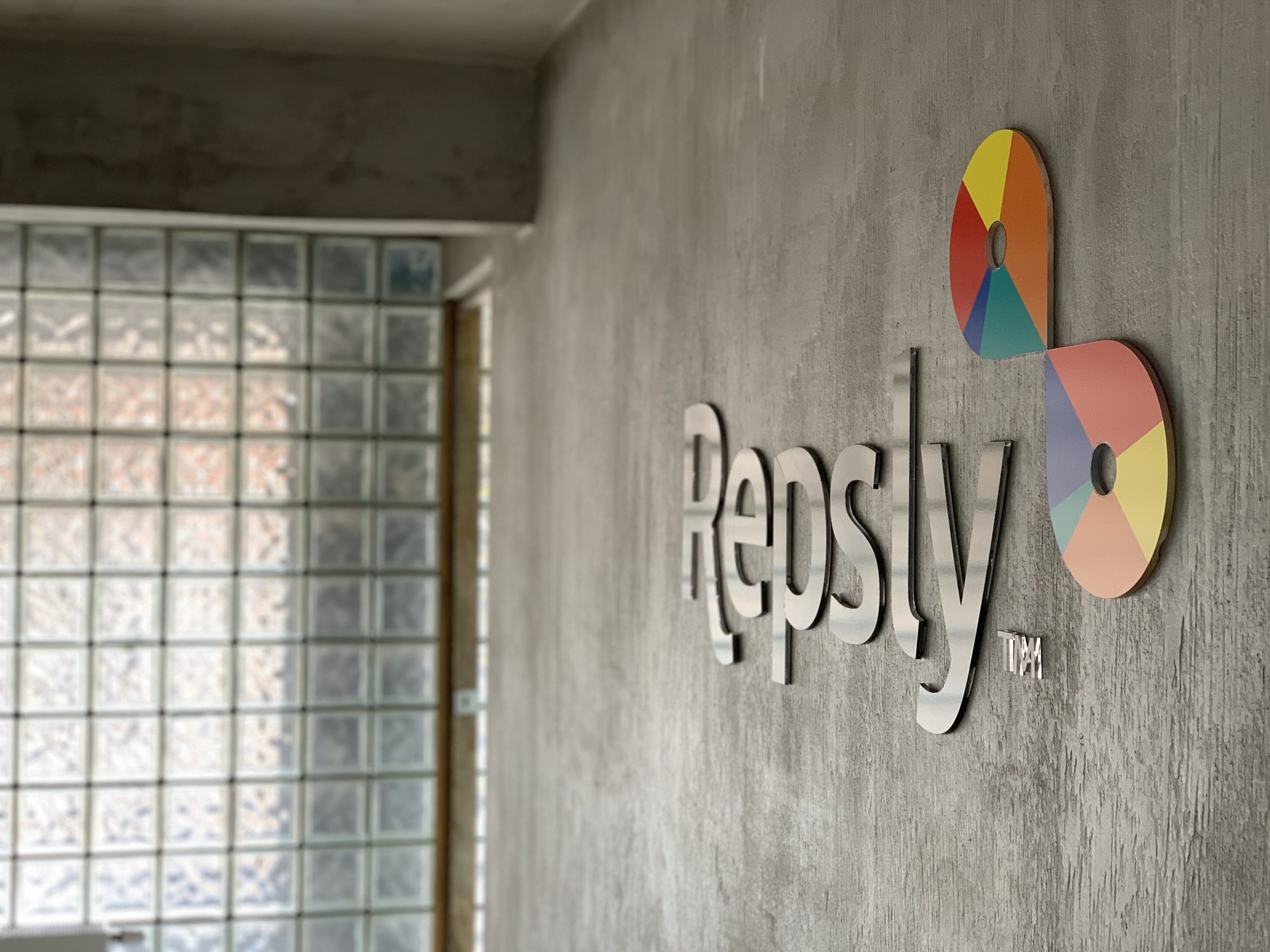 A Croatian startup has been included on the 2019 Inc. 5000: The Most Successful Companies in America list.

The popular magazine’s annual guide to the 5,000 fastest-growing privately held companies in the U.S. features SaaS company Repsly in 1086th place thanks to growth in the last three years of 387%.

The company has more than 1000 clients all over the world, with around 60 employees in Zagreb, Croatia and Boston in the United States. Some of their key clients include: Kraft Heinz, Vita Coco, AB InBev, Adidas, Crossmark, Novamex, Danone and more. 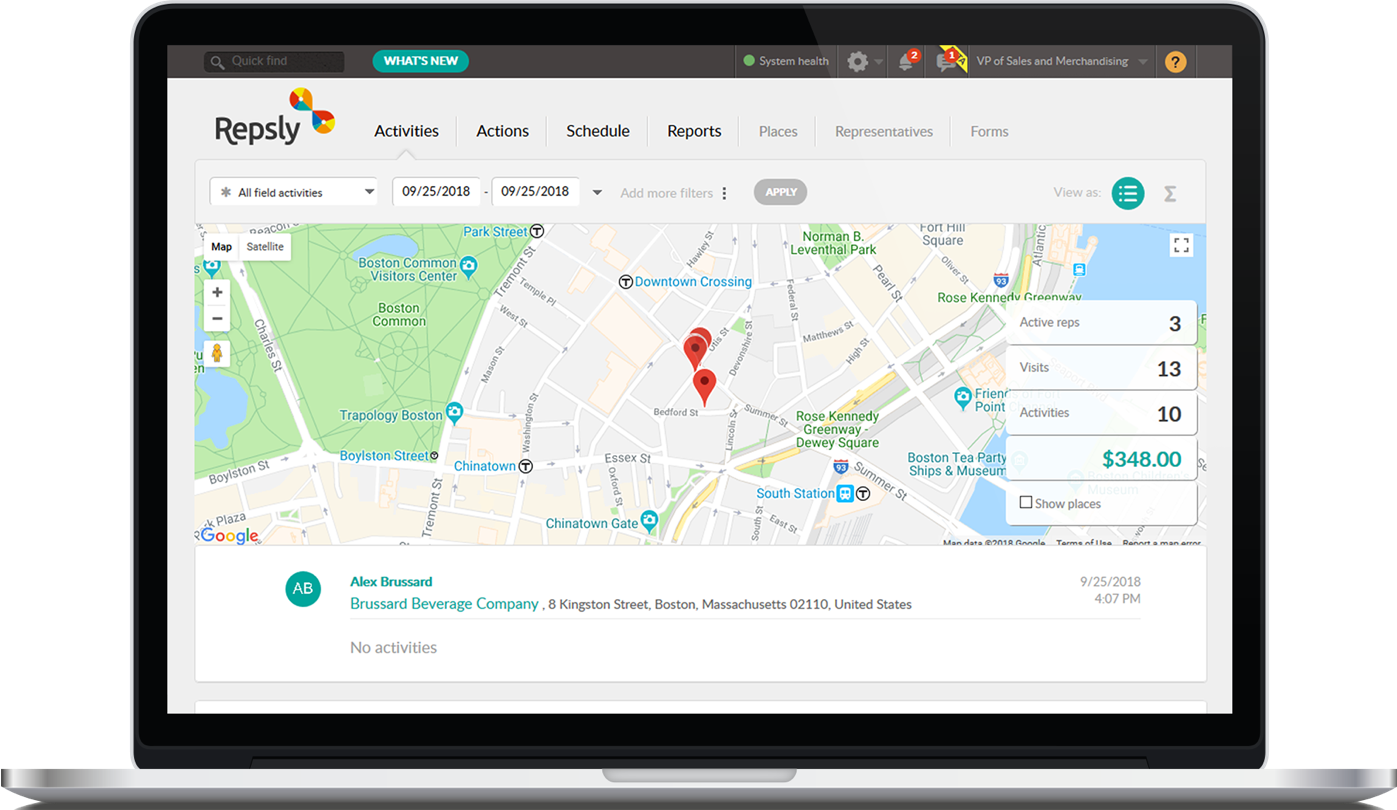 We caught up with the company’s co-founders and senior management to find out more. 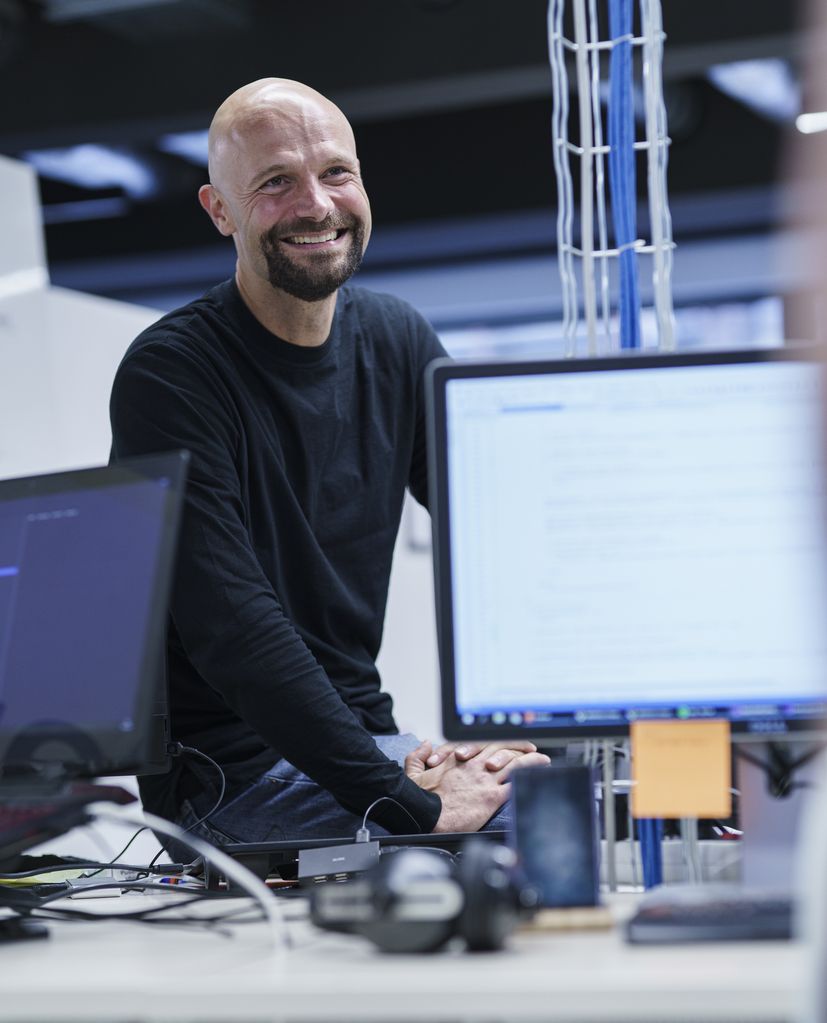 How did the idea of starting Repsly even come to mind?

Early in 2008, I was approached by a friend who was a brand manager in L’Oreal. His brand was sold and delivered to hairdresser salons (end customers) via distributors and the information they had about that last mile of the products’ journey was scarce.

They wanted to improve that. One of the ways they thought about was a mobile sales software the distributors were supposed to use when taking orders from customers. To build that kind of system was much more expensive than the allocated budget. At the same time, Marko Linke, a college friend of mine, told me about the beverage company he worked for and their struggles with the mobile sales solution they were using. He knew they were going to replace it rather soon. Then I did a research and found out there were just a couple of cloud-based systems of that kind in Europe. Realizing that, Marko and I decided to build one and offer L’Oreal to become a first subscriber. They agreed and in Q3 of 2008, people were taking orders via Windows Mobile app we built.

That’s how it all begun.

When you just started, did you believe that you will get to where you are today? Or did it seem impossible?

The idea of becoming a leading cloud-based mobile sales system in Europe at least was in our plans since the very beginning. We wrote our first business plan around that idea. It was a deliberate and very rational move. On paper and in our minds and hearts. What we didn’t know was how difficult it was going to be and how long will it take. Maybe it’s better that we didn’t.

Croatia is booming with more and more serious startups. Is the process easy to break through to the world?

The startup scene in Croatia is definitely maturing. Feels good to see less hype and more successful companies. Breaking through is tough, but that’s the very nature of this game, in Croatia or elsewhere. Entrepreneurship means overcoming challenges everywhere. It’s true though, that starting a company in Croatia in more difficult than doing it in the US, where the ground is more fertile. Anyway, the situation in Croatia is improving. Access to capital and to experienced mentors is better than it ever was. On the other hand, one thing that always worked for us in Croatia was perseverance, resilience, and passion of the people we worked with. That’s the essential fuel of any project.

Why did you choose America as your first investor destination?

Market size, access to experienced investors and mentors made it an obvious choice. Europe has improved in the meantime, but at the time when we were starting, America was the place to be. 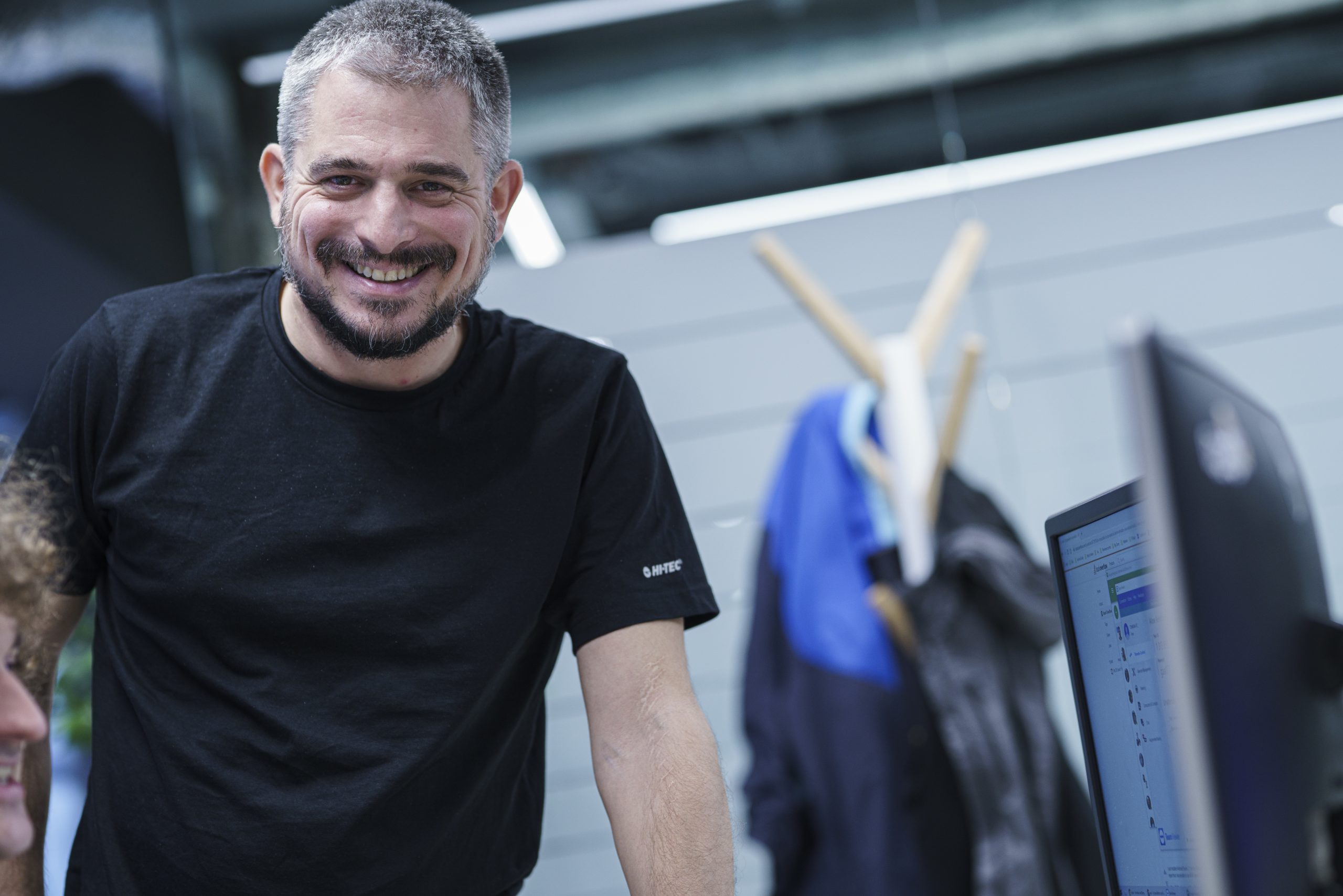 You are open to many collaborations with other companies, what do those collaborations bring to the table? Would you recommend that to other startups?

Collaborations are essential to bringing missing resources. This is true both to fill a gap in competences, as well as to put more hands to the task. It allows the business to quickly be up to speed, and also to keep the focus. But, the earlier stage the startup is, the more it’s focus is on learning rather than executing, so it’s good to do a lot of things hands-on, in a do-it-yourself way. There’s no silver bullet here.

What would you recommend to startups that have a similar structure to yours, what are the three key things to always keep in mind?

I see every startup as an endless stream of ideas, perspectives, discoveries, and decisions. So, it’s primarily about the search for best decision and shaping that decision-making process, and being responsible about assumptions. Next, it is the people to get the vision and contribute every way, as every startup needs much more than a single genius with a lot of minions executing on a grand plan. We’ve been super lucky to attract incredible individuals that shaped every aspect of our journey, from vision to execution. It’s also about perseverance, as there are many ideas that one rejects for each one that actually works. It takes a strong will when going gets tough. 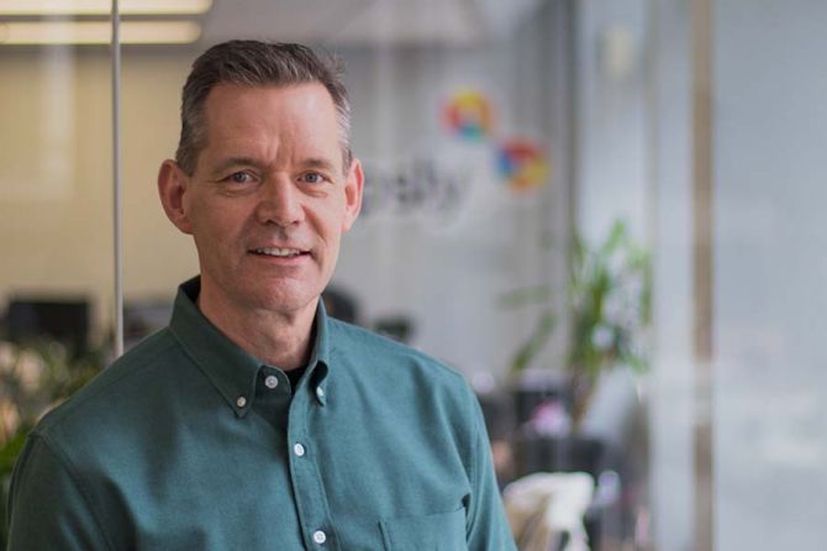 You’ve made a big decision, by deciding to partner with two very ambitious Croatians. What made you say yes?

When I met Marko and Marko I immediately got a strong feeling of cooperative trust.  It was clear that they believed very strongly in what they were doing, and that they were very open to working with others in order to meet their goals.  In addition, I already had a good understanding of the market they were building for, and the business problems in that market, so the opportunity for me to apply my own expertise alongside these guys was too good to resist!

You’ve recently taken on the role of Repsly’s CEO. What was the first thing on your agenda?

I had been working in the role of COO, with a lot of exposure to the Board of Directors for the 4 years prior to taking the CEO position, so in some ways it was business as usual.  The first major new initiative under my watch was to position the product and the company for much larger customers.  We invested quite heavily in expanding our capabilities around reporting, data integration and managing much larger field teams while building a process for finding and selling to global scale customers.

What does a good CEO, with two offices under his eye always have to have up his sleeve?

The most important aspect of the CEO role, in my opinion, is to build a spirit of cooperation and respect across all departments.  We face the challenge of time-zones and distance which work against cooperation.  I believe that open, honest, direct communication can solve anything when the people doing the communicating are genuinely interested in achieving some goal, and the entire Repsly team is super interested in achieving the high reaching goals we have set for ourselves. 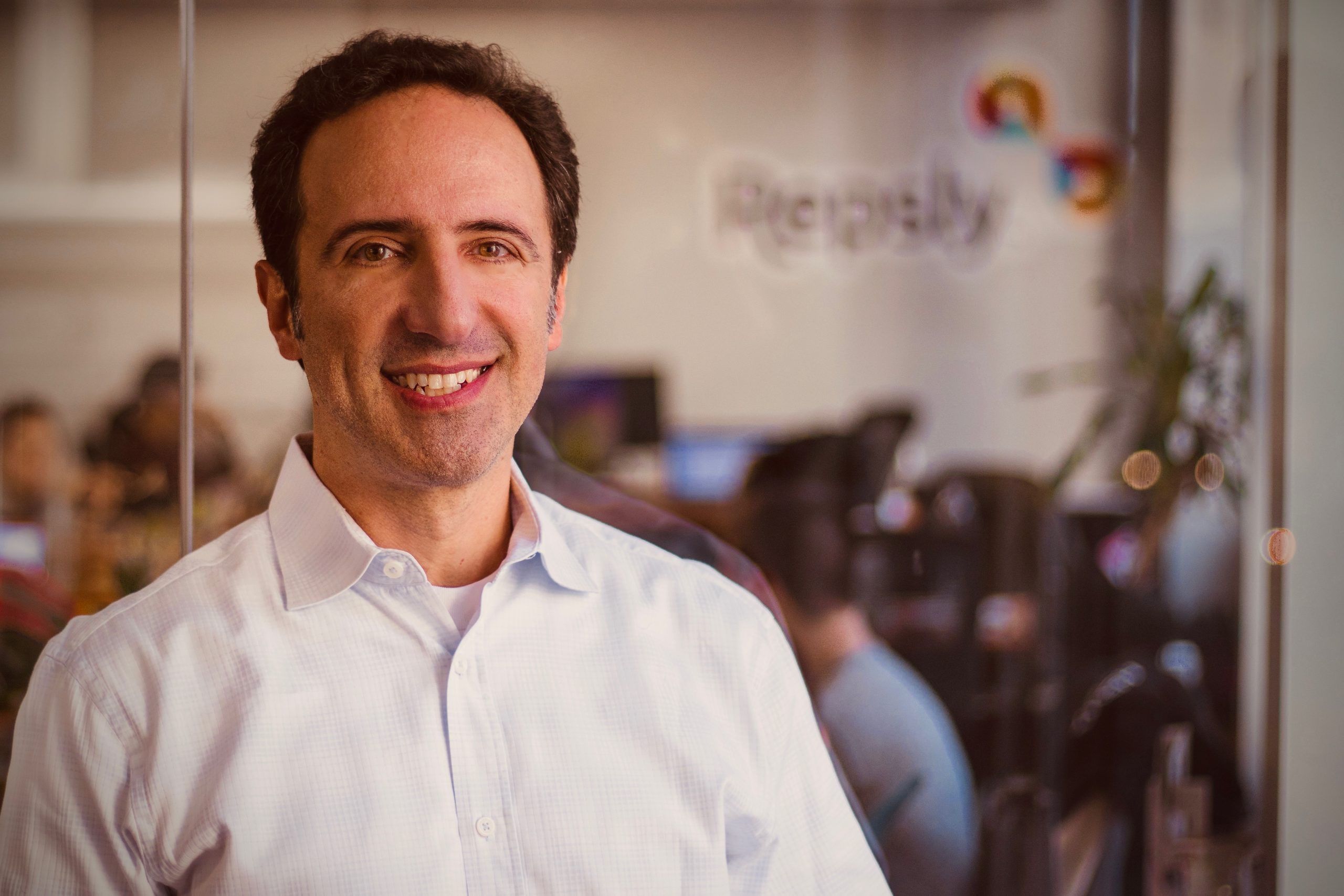 After transitioning from globally well-known Autodesk to a lesser-known Repsly, was that decision easy? What did you see in Repsly that made you interested

Very easy! After 10 years of development before I joined and over 1000 customers, Repsly already had a great product and customer base in the retail supply chain industry. What most excited me was the chance to grow the product and company to the next level by adding key capabilities to the platform and sell the solution to larger enterprise brands.

Since Repsly is a Zagreb-Boston related company, how do you keep up with the communication, does being on two different parts of the world make things harder?

Not at all. Most modern software companies are working with partners and employees located around the world. This is how it’s done in today’s connected companies, where teams are often virtual. What’s great about Repsly is that the company had already been working this way for several years before I joined so great systems were already in place for coordinating the company. We’re always connecting via video conference, chat or e-mail – whatever works best to keep in sync. 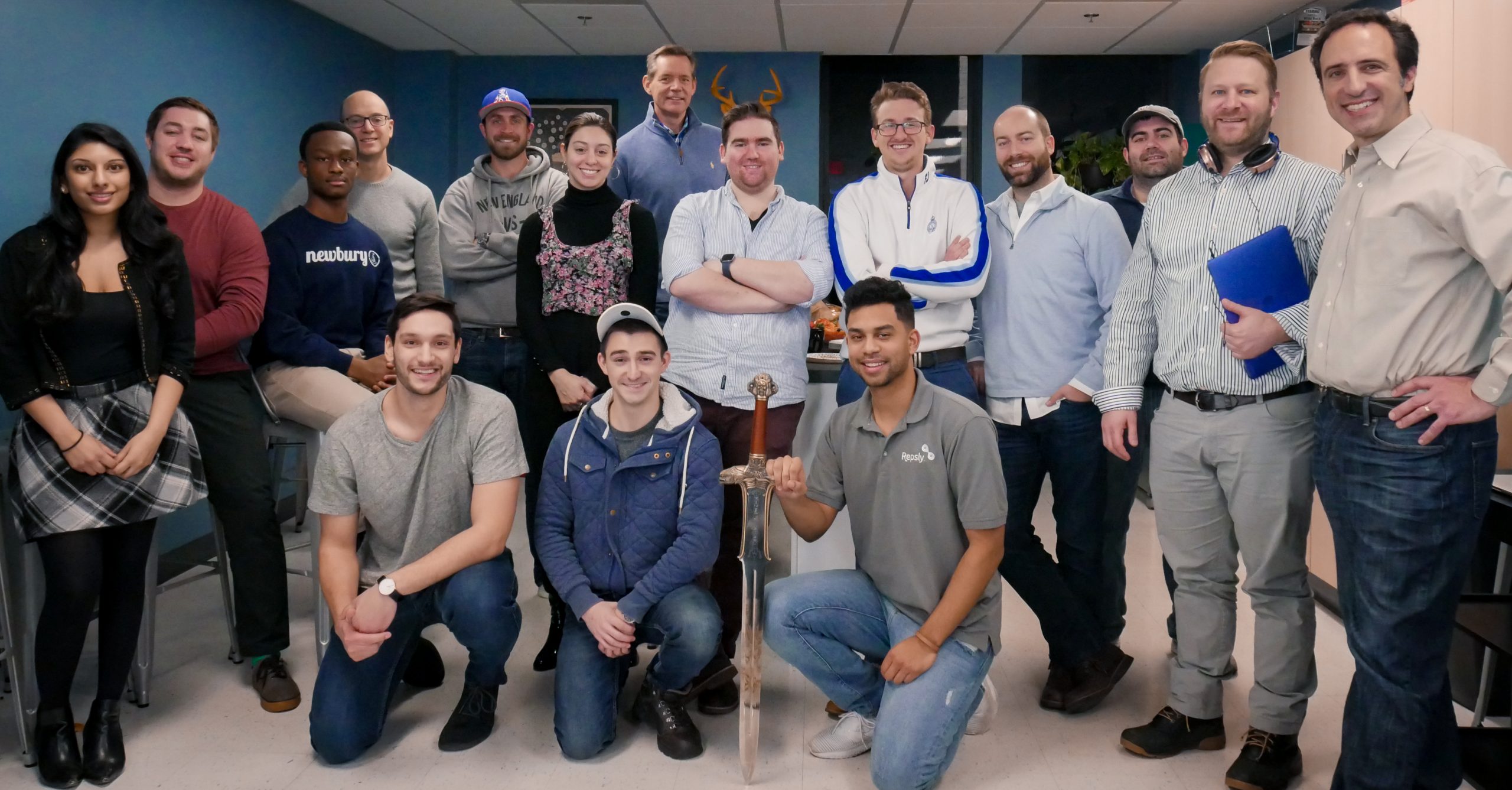 What are the benefits of using an app like Repsly?

For our customers, large consumer goods brands like Kraft-Heinz, L’Oreal, and others, the benefits are tremendous. In retail, up to 25% of potential sales are lost through poor execution. Our customers are using Repsly to help win the market by selling more of their products through better execution of retail promotions and making sure their products are available and on display at every retail store – the “perfect shelf”. And finally they’re able to get data back from stores about what is happening to their products, so they can make better planning decisions and ultimately work with their customers (retailers) to increase their placements and overall sales.

Can you compare yourself with your competitors? What makes you different? What makes Repsly stand out?

What’s different about Repsly is we’ve been working on problems in retail execution for years and have developed both an optimized experience for the sales and merchandising reps in the field, and a suite of analytics and dashboards for the leadership teams to manage their programs.  Reps get up to speed and are productive using Repsly within minutes because we’ve adopted a very consumer-app like experience.  The sales and marketing leaders can get real-time performance data and react immediately to what is happening in the field to increase sales, or look at long term patterns to improve planning for their next promotion event.

2020 is just around the corner, what are the big plans for Repsly? Any New Years’ resolutions as a company?

Absolutely!  We’re working on a number of innovative new capabilities for our customers that we’ll be launching next year.  There’s a mountain of data about products, stores, and movements in the retail supply chain and the brands that are the best at using that information are the ones that will ultimately win at the shelf.  I don’t want to reveal too much but we’re working on, but we believe there’s a big opportunity to combine various data sources and use the latest in machine learning tech to provide some very unique insights and capabilities.  Stay tuned for more information about that next year. 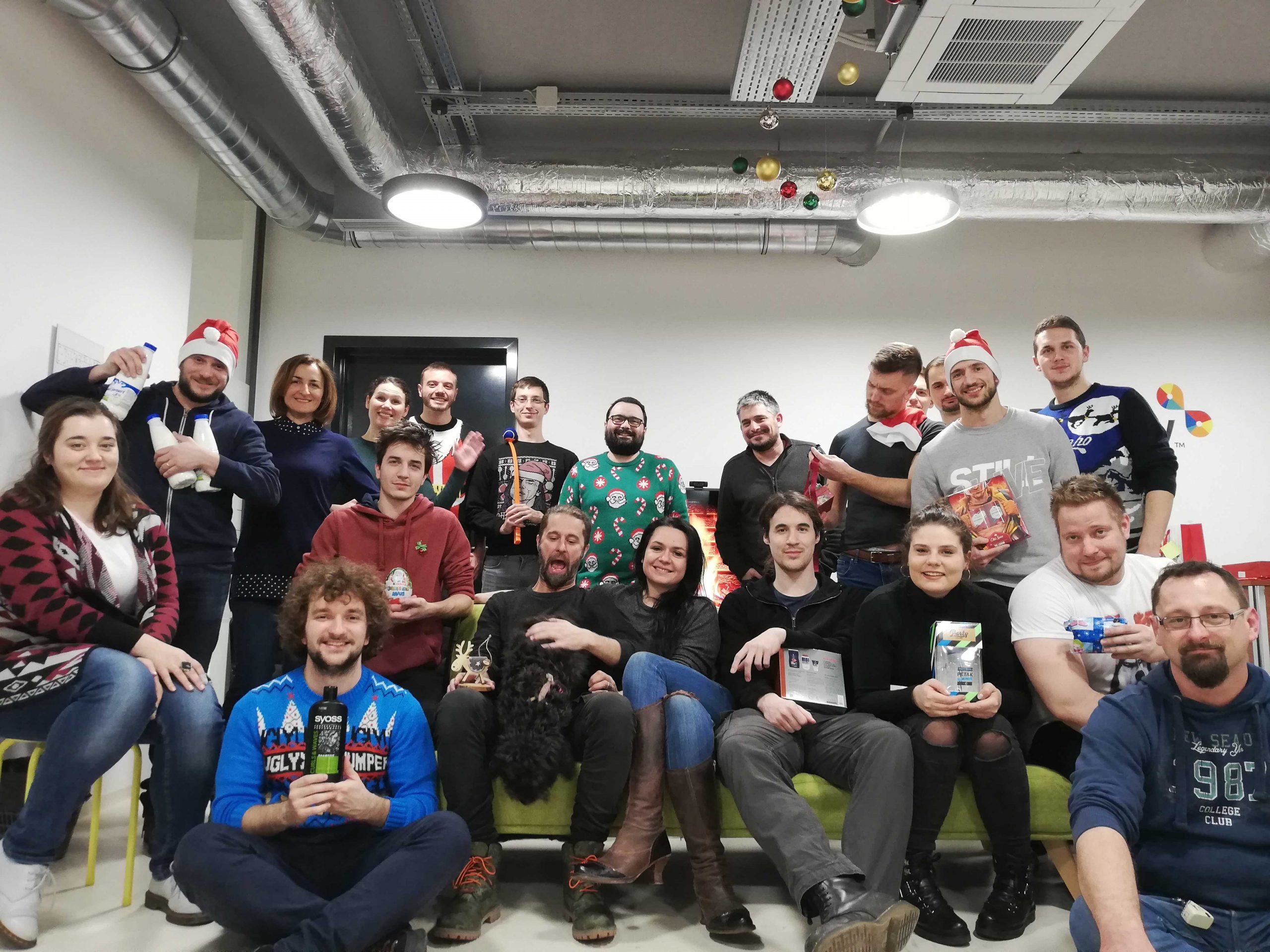