ZAGREB, 24 September 2020 – Last Sunday, on September 20, the awards ceremony of the world philatelic competition “Premio Internazionale d’Arte Filatelica” was held in the Italian city of Asiago.

The award for first place in the “Tourism” category was won by the Croatian postage stamp with the motif of Plitvice Lakes. The award was accepted by the Ambassador of the Republic of Croatia to Italy, Jasen Mesić. 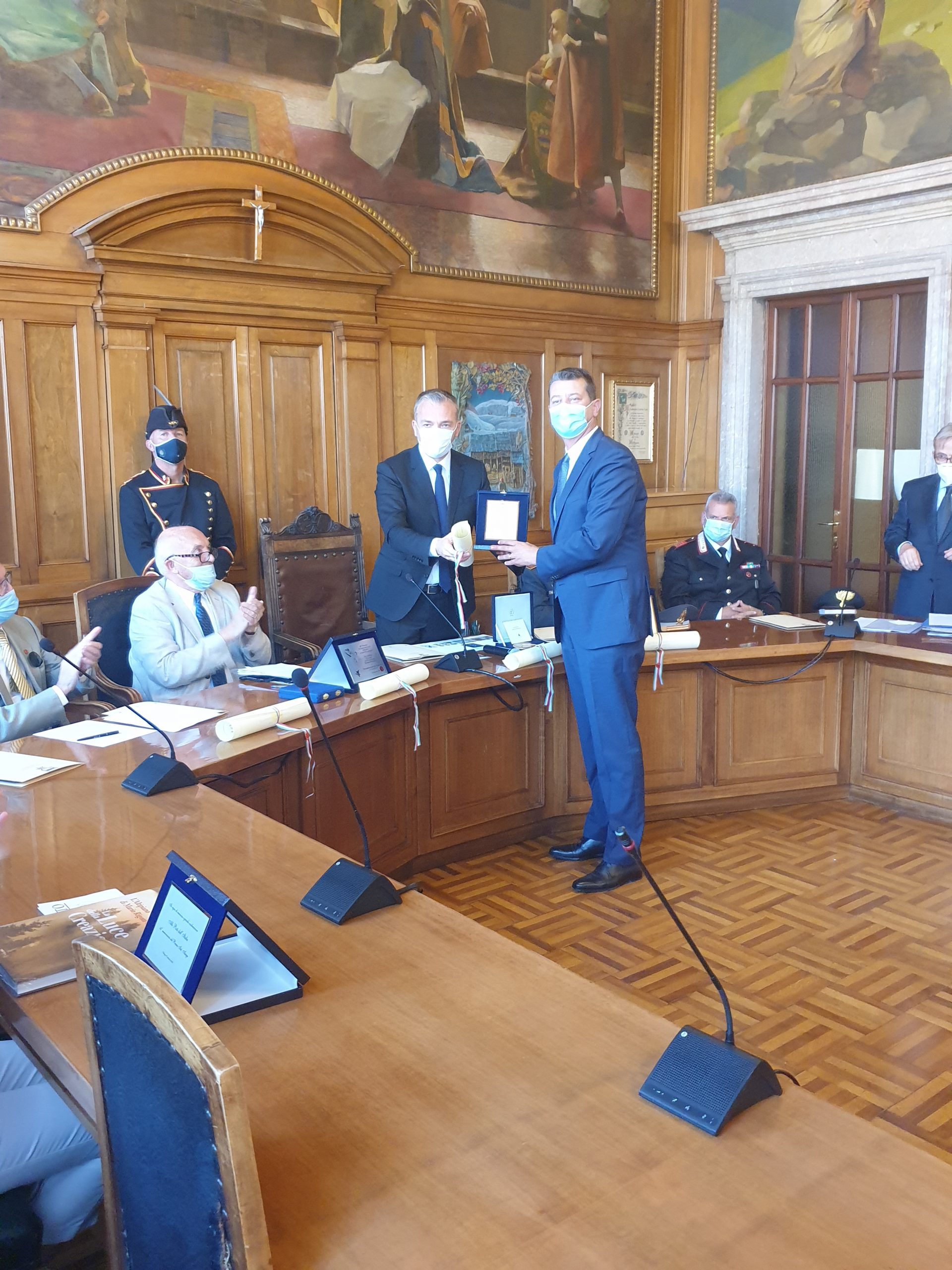 Ambassador of the Republic of Croatia to Italy, Jasen Mesić collects the award (Photo: Croatian Post)

The Croatian Post series “Croatian Tourism – Plitvice Lakes” from 2019 with motifs of waterfalls through four seasons.

The philatelic “Oscars” award was the thirty-third international award given to the Croatian Post. The commemorative block consists of four postage stamps showing a detail of waterfalls on Lake Kozjak, a detail of a waterfall on the Great Cascades between Lakes Gavanovac and Kaluđerovac, waterfalls along the promenades, and a detail of the big Waterfall.

The photographs according to which the design of the commemorative stamps was created are the work of Mario Romulić, Dražen Stojčić, and Ivo Pervan. The authors of the series “Croatian Tourism – Plitvice Lakes” are Zagreb designers Ivana Vučić and Tomislav-Jurica Kaćunić.

“Even postage stamps can become a symbol of peace,” said Ambassador Mesić, noting an additional edition of the postage stamp from the “Croatian Tourism” series, which was printed with the bilingual name of the city of Rovinj – Rovinj-Rovigno.

The award-winning stamps were issued in 10-stamp sheets, in a four-stamp block, and in a carnet, and two First Day Cover (FDC) was also issued. The circulation of 100,000 copies per motif, 20,000 blocks, and 2,000 carnets were printed.