20 August 2109 – After nearly 30 Years, 14 Albums and countless hits and tours, Tony Cetinski finally makes his way to Australia, for the very first time with his #SAMOLJUBAV tour this September Holiday Weekend.

Known for his distinctive voice & poignant musical sensibility, Tony Cetinski is one of the most popular singers to come out of Croatia.

During Tony’s illustrious career, he has received a large number of Porin awards and was Croatia’s representative in the Eurovision Song Contest in 1994 performing his hit “Nek ti bude ljubav sva”.

Tony is the only European singer to record a duet with the world-famous tenor Jose Carreras, as well as collaborating with Legendary Spanish operatic soprano Montserrat Caballé & world-renowned, multifaceted artist, Placido Domingo.

In 2013 Cetinski won the Porin award for ‘Best Pop Album’ with his massive hit song “Opet is pobijedila” as well as winning multiple awards for almost every album spanning his 30 year career and has since sold out huge concerts across Europe.

‘Kao U Snu’ is the new album release that finally brings Tony Cetinski to Australia for his First Ever Tour this September, 2019, this dream comes true: 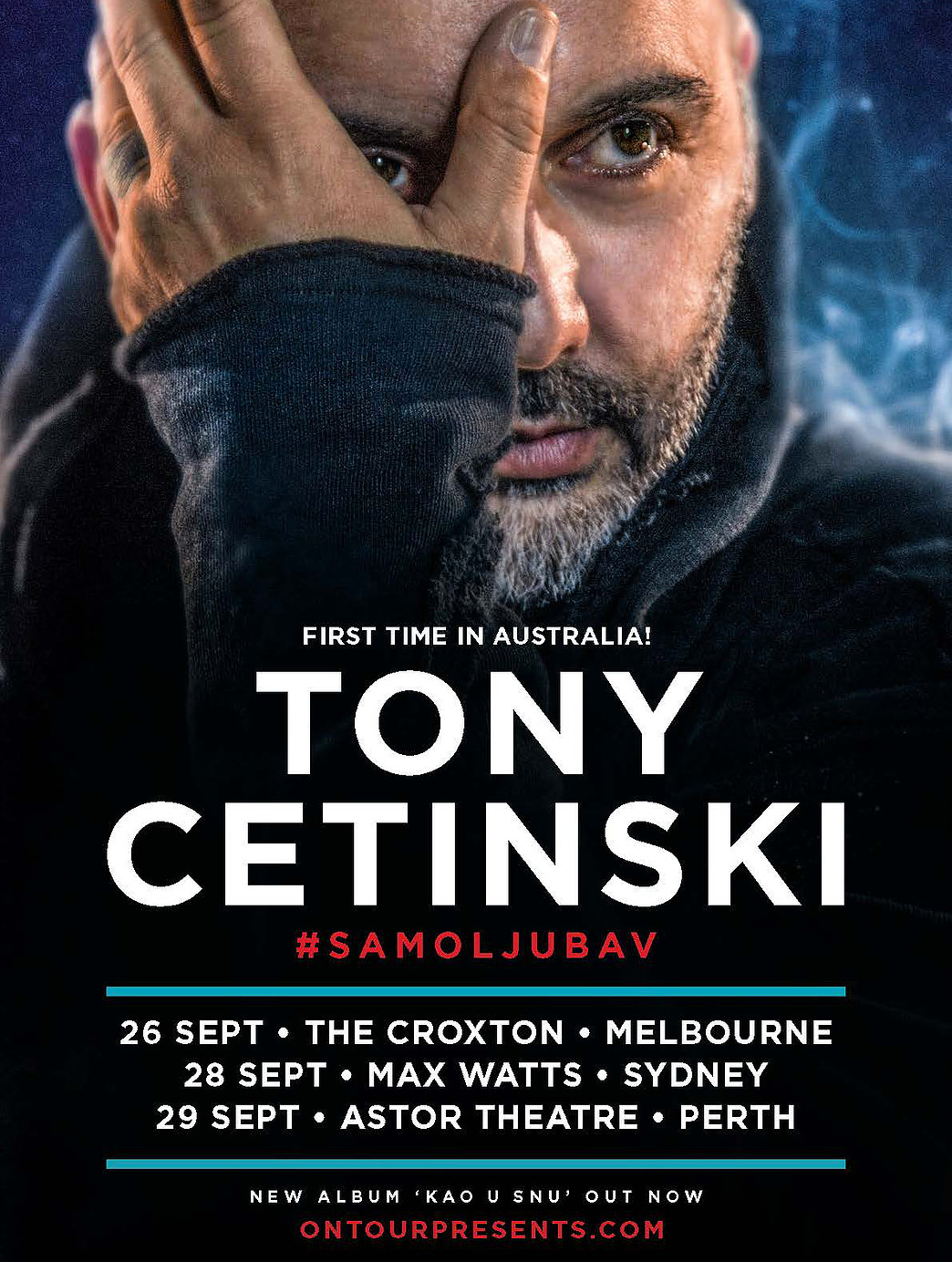