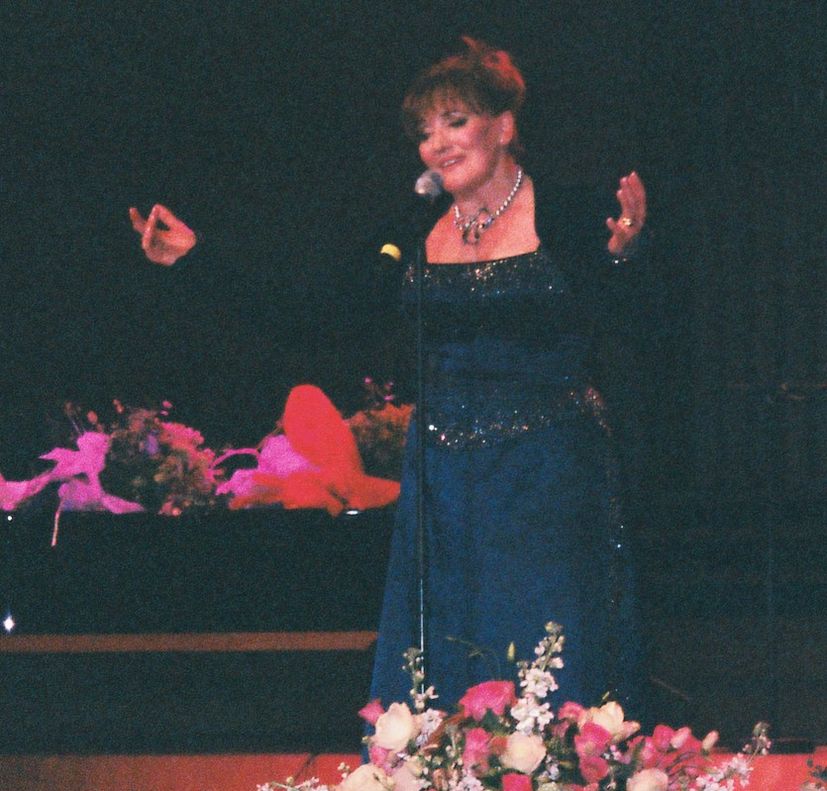 Croatian singer Tereza Kesovija (82) has been awarded a prestigious honour from the French Ministry of Culture on Thursday.

The internationally acclaimed artist, who is renowned for her wide vocal range and operatic style, also had a successful career in France and was given the order for her dedicated work connecting Croatia and France through culture and the promotion of the French language and chanson.

Kesovija has held many concerts around the world, being one of the few Croatian musicians to have sold out shows in The Royal Albert Hall, L’Olympia and Carnegie Hall.

“I have countless accolades, but France is deep in my heart because I have been performing there since 1965. And that is the beauty of my profession, which is recognised for its work on the unity of the two countries,” Kesovija said.

Kesovija was born in Dubrovnik and grew up in Konavle and Dubrovnik, where she got her early music education. She graduated from the flute program at the Zagreb Music Academy, and in 1962, shortly after the start of her professional career, she won her first international contest in Italy.

With the song “Bien plus fort”, Tereza was chosen by Grace Kelly to represent Monaco in the Eurovision 1966. She was frequently called as La bête de scène or Super-Dalida by French press. In 1968, Kesovija performed with Enrico Macias at the L’Olympia in Paris. It was her second Olympia after 1966. She had toured France.

Kesovija continued to tour the world and win festivals. During the Homeland War she had a lot of concerts in Italy, France and Germany to raise money for the defence of Croatia.

Her discography includes 12 records released for Columbia Records, and over 30 LPs, 70 singles, and 12 CDs for other labels.