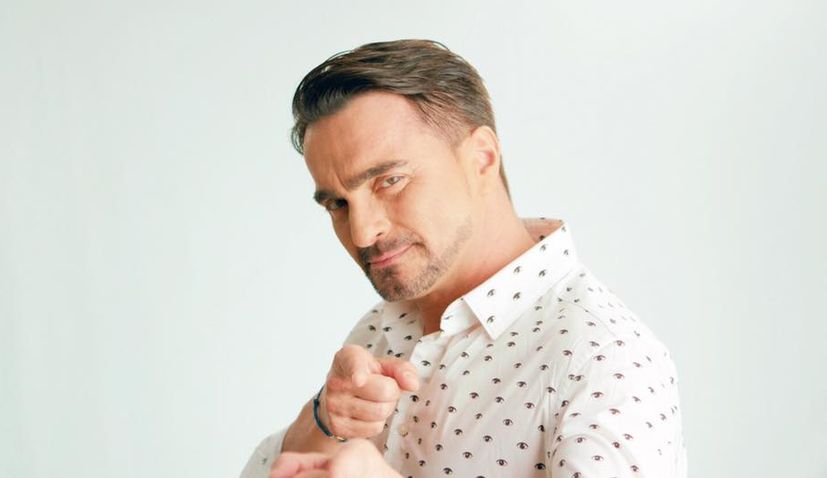 Bila noć is a night of celebration in honour of Croatian football club Hajduk Split and has been a tradition in Croatia and in other parts of the world where Hajduk Friends Societies have been set up such as in the United States, Germany, Australia and Canada.

The evening, which is being held at St. Anthony Croatian Catholic Church, will begin at 6 pm with cocktails and a silent auction. After a buffet at 7 pm provided by Zorić Catering, the Bila noć programme will begin at 9 pm with Jole providing the entertainment.

Jole has had a number of hits since releasing his first studio album in 1999, including a song dedicated to Hajduk ‘Nosi mi se bijela boja’.

Tickets are $80 for adults, $50 for kids under 12 and free for children under 3. More details on the flyer below or on the DPH Los Angeles Facebook page. 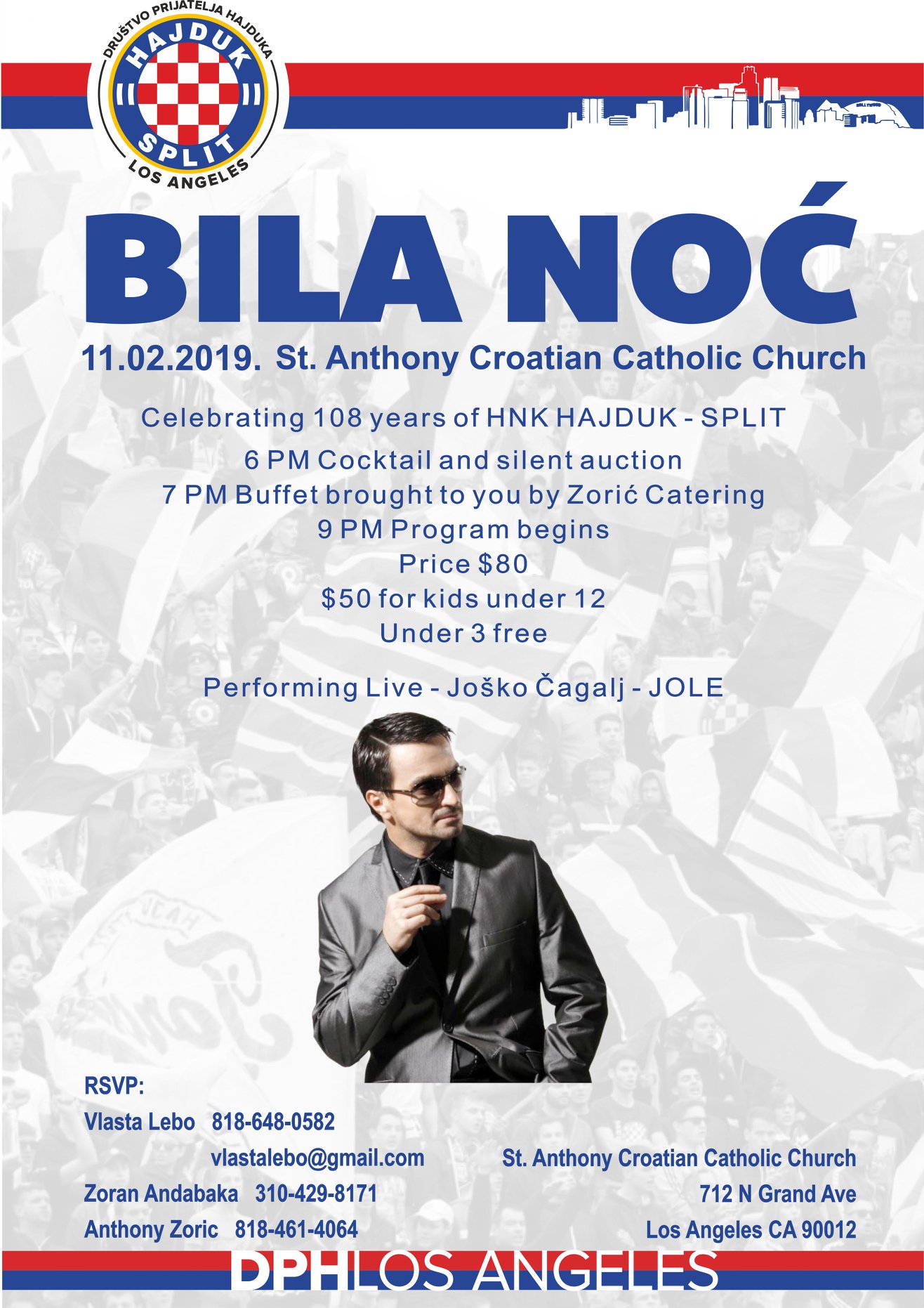