The Walk Around the Country project, designed by Professor Juraj Horžić, won first prize in the Education category at the European Commission’s 2020 #BeActive Awards.

As well as the award, the school won €10 000 in prize money. The European Commission #BeActive Awards support projects and individuals dedicated to the promotion of sport and physical activity across Europe.

Aware of the fact that children are less and less mobile, spending a lot of time on mobile phones, laptops and tablets, and especially in the current pandemic situation, the staff of Petar Preradović Primary School in Zagreb decided to start and encourage physical activity with the Walking Around the Country project.

The project was implemented through a series of challenges in which students from 5th to 8th grade of primary school and high school students mastered the given route with some physical activity like walking, running, rollerblading and cycling.

The first challenge was launched in mid-April 2020 when students, parents and school staff embarked on a virtual adventure of walking around the Earth. The task was to walk or run a little more than 28,000 km together (along the west-east line from Zagreb to Zagreb, or from the Petar Preradović Elementary School and back, along the 45th parallel) in the shortest possible time. The challenge was achieved in just 12 days, with a total of 555 actively involved participants (the school has 383 students). 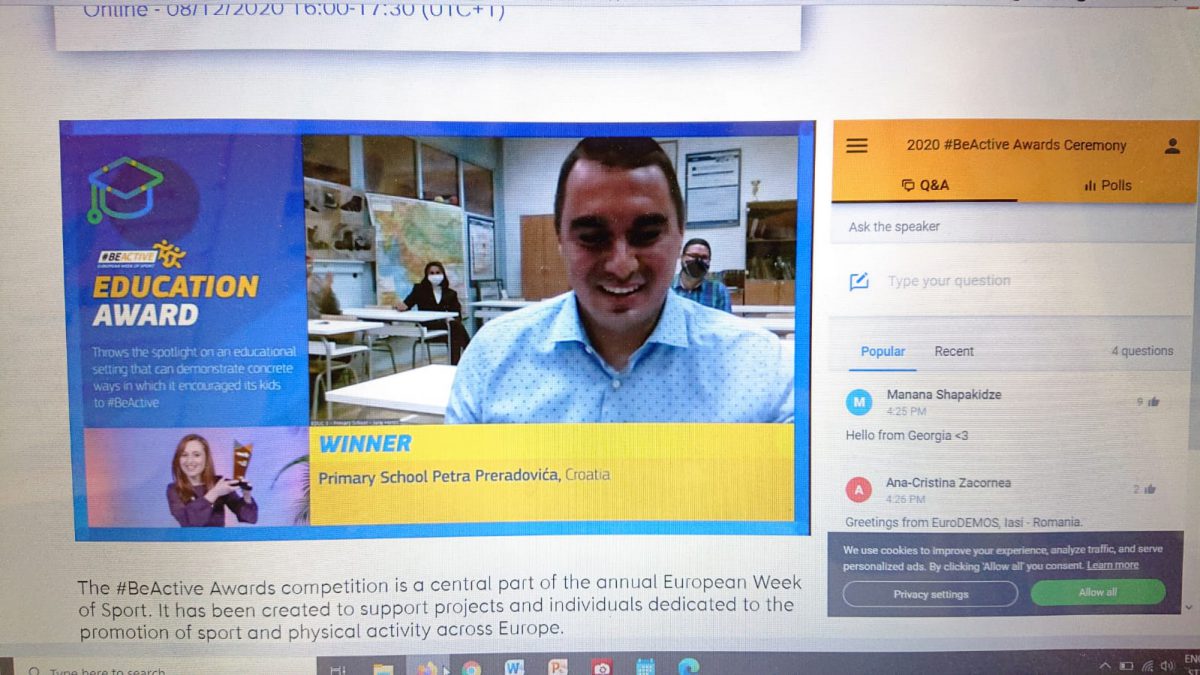 Croatian Olympic Committee (COC) president Zlatko Mateša congratulated all the laureates via video, and Alma Papić, the coordinator of EU funds and EU affairs, also took part in the monitoring of the European Commission’s award ceremony.