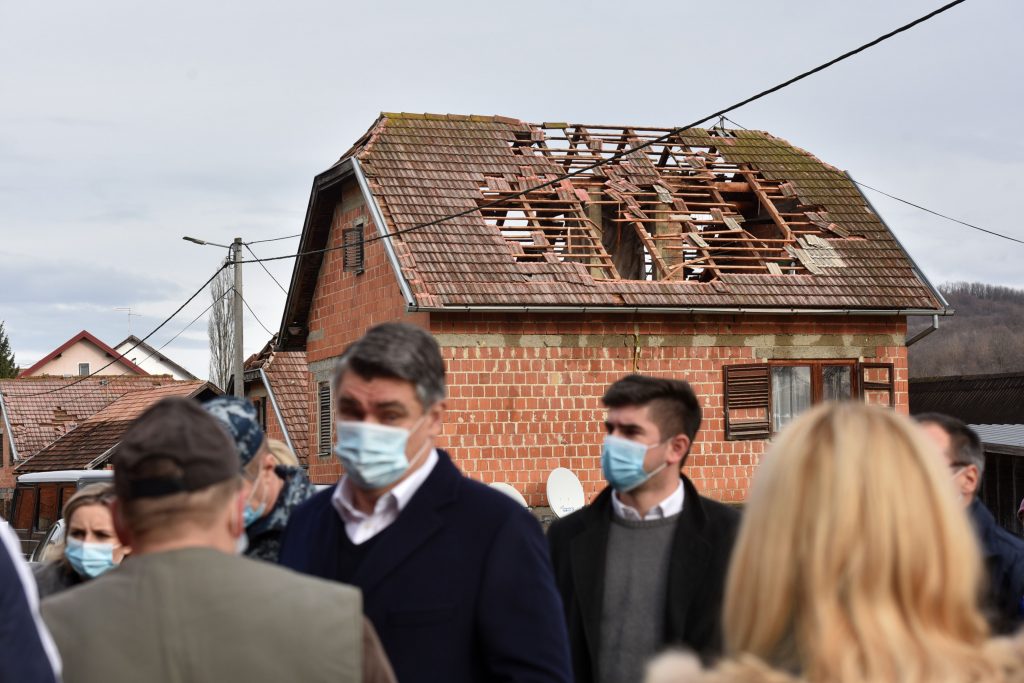 (PHOTO: Office of the President of the Republic of Croatia / Filip Glas)

ZAGREB,3 January (Hina) – President Zoran Milanovic said on Sunday that the government should declare a state of catastrophic emergency due to the 29 December devastating earthquake that hit Petrinja and other areas of Sisak-Moslavina County.

“I do not know why a state of catastrophic emergency has not yet been declared. Those are important matters legally,” Milanovic said in an interview with the N1 commercial broadcaster on Sunday.

Milanovic explained that the declaration of a state of catastrophic emergency was necessary so as to define the command chain and to know who would disburse the money needed for addressing the aftermath of the earthquake.

The president, who is the supreme commander, praised the engagement o the army in Petrinja and other quake-hit areas.

Milanovic believes that the National Civil Protection Authority could manage the quake aftermath, provided that it was given enough money and responsibilities.

Comparing the situation on Petrinja, hit by the 6.2-magnitude earthquake and in Zagreb after the 22 March earthquake measuring 5.5 on the Richter scale, Milanovic said that Petrinja was razed to the ground while Zagreb would always have the financial strength for the reconstruction.

He, however, expressed dissatisfaction with the current state of affairs in the capital city, claiming that Zagreb was in a negligent state and he pointed out examples of unkempt city properties.

As for the coronavirus infection, Milanovic again called for inoculation of the population.

He added that since the start of his presidential mandate, he had been fair in the relationship with the government.

On Sunday afternoon the parliamentary party Centar also called on the government to declare  a state of catastrophic emergency and criticised the Plenkovic cabinet for how it was dealing with the aftermath of the quake in Sisak-Moslavina County.