ZAGREB, 15 April 2021 – Croatian Post has expanded its vehicle fleet after the acquisition of 26 new electric mopeds.

Croatian Post’s “green” fleet of vehicles is continuously expanding every year, and with the new mopeds there will be a total of 246 electric vehicles, of which 40 are four-wheelers, in the fleet.

The maximum speed of the new mopeds is 45 km / h, while the range with one charge is 98 kilometres. By using electric mopeds, emissions will be reduced by almost 20 tonnes per year. Funds for the purchase of electric mopeds are co-financed by grants from the Fund for Environmental Protection and Energy Efficiency. The mopeds will be used in narrow city centres and on islands where gas stations are significantly away from post offices. 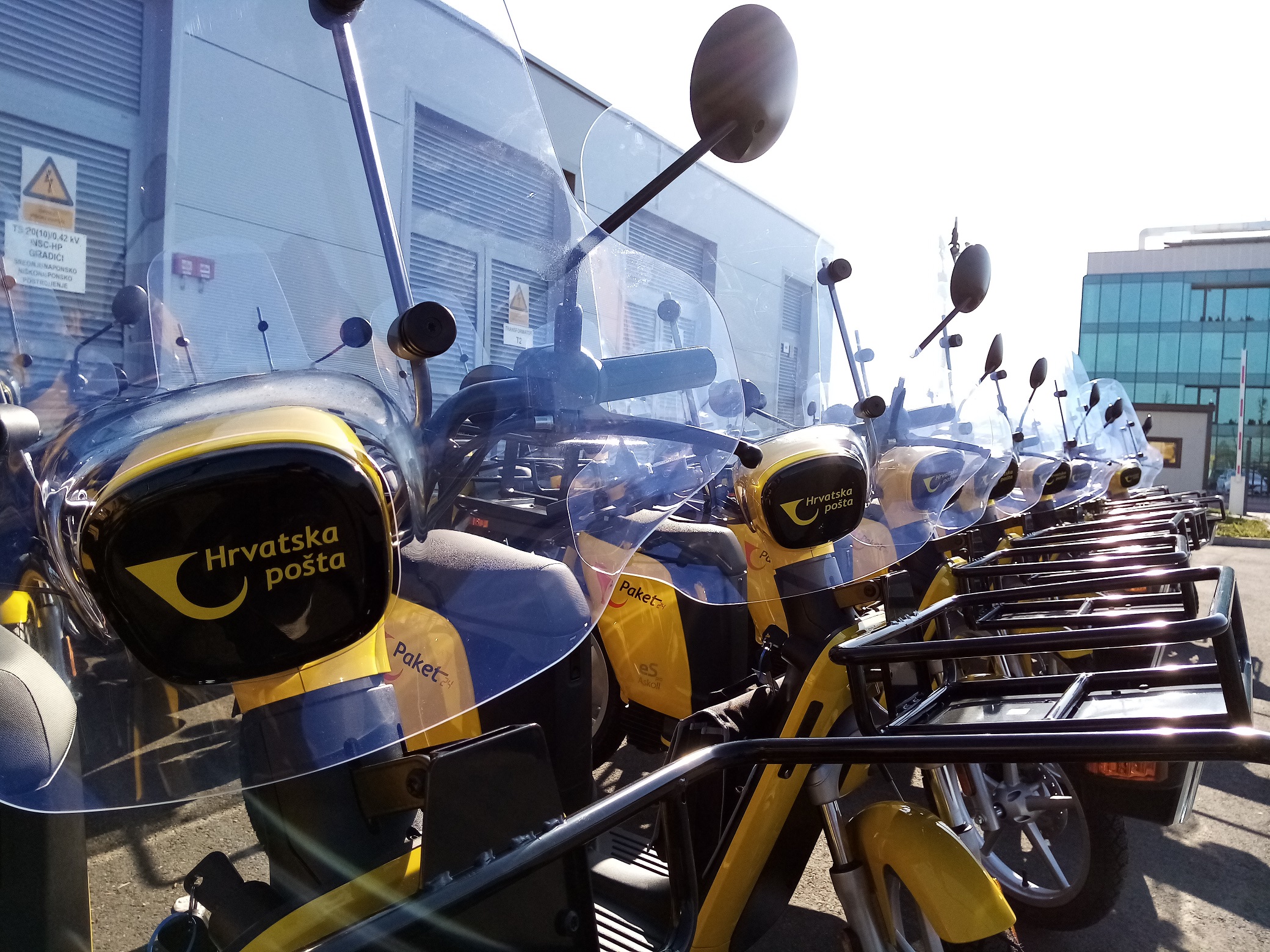 The strategic installation of charging stations has increased the potential of logistics capacities for electric vehicles. In addition to transport capacities, which are a key segment, energy efficiency is also applied to new facilities of the Croatian Post. One such example is the 60 million kuna Bakar-Kukuljanovo business facility, which will raise the quality of postal services in western Croatia after construction is completed. The new business facility will be equipped with its own solar power plant and thus significantly contribute to energy efficiency.