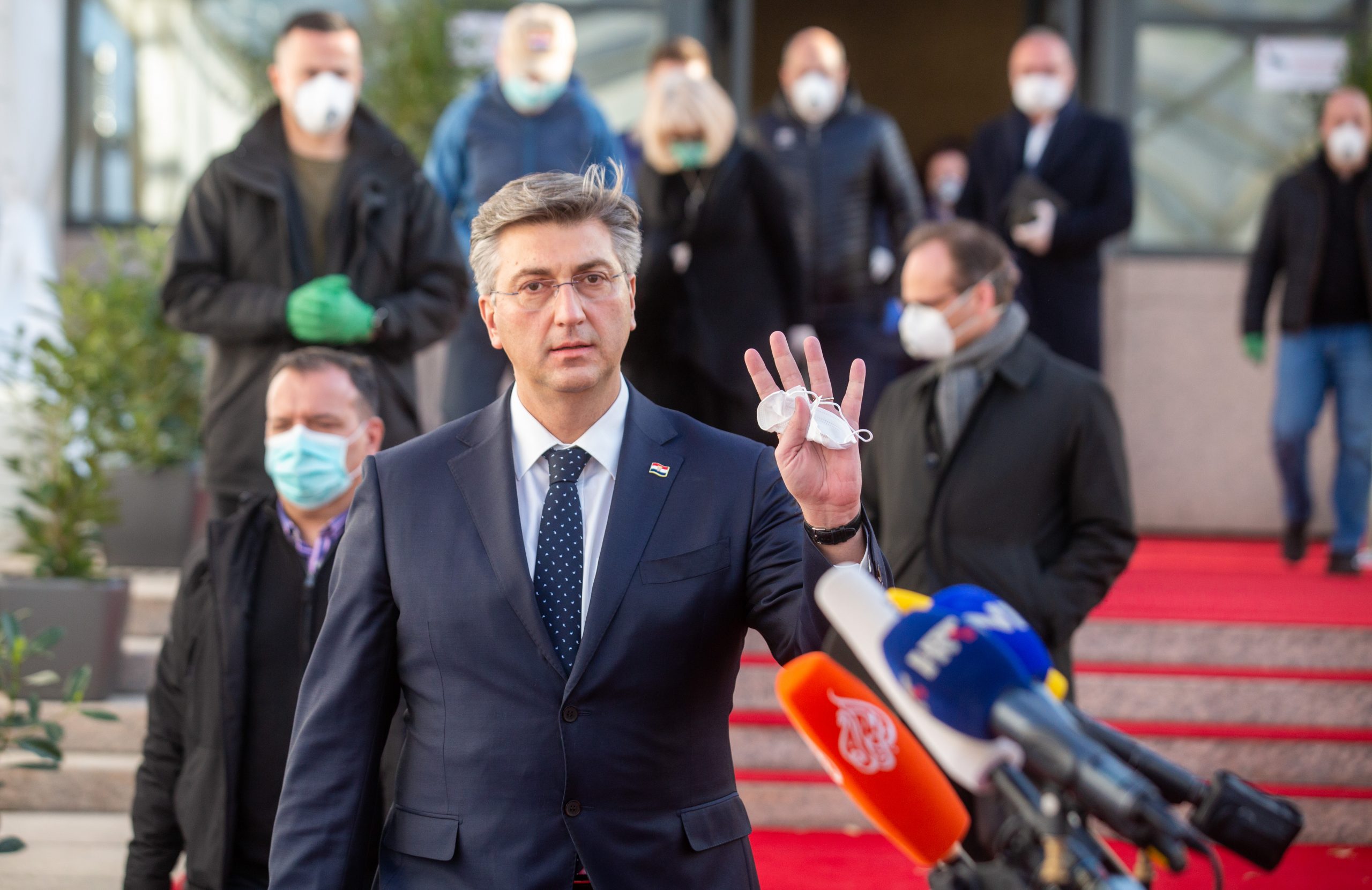 ZAGREB, April 23 (Hina) – Prime Minister Andrej Plenkovic said on Thursday that the measures to gradually come out of lockdown as of April 27 could be reintroduced very quickly if the novel coronavirus were to continue spreading.

“I appeal to all our citizens to understand what we are doing today. Everything regarding physical distancing and stringent hygienic standards continues to be the basis of our fight against the COVID-19 disease,” Plenkovic told a press conference after a cabinet meeting.

He underscored that everything that had been done until now regarding restrictive health measures had resulted in a slow spreading of the disease considering the overall number of cases and the relatively low death rate. The economic measures also have been saving jobs in conditions when many activities have been suspended or limited for most enterprises, the PM said.

The decision on relaxing restrictions was made in consultation with epidemiologists and the government took account of how each of the measures will affect the economy and the life of citizens, he underlined.

“Economic and social activities will help us to gradually reactivate what currently has not been possible. I believe that this gradual approach will achieve a good result for Croatia’s economy and for the budget while taking care that the measures do not lead to the disease spreading,” said Plenkovic.

Passes to remain but reasons for their issuance will be expanded

If the situation improves, someone from Krapina, for example, who wishes to take a vacation in a hotel in Vodice, will be able to get a pass after they produce confirmation of their reservations, he said.

“Together with epidemiologists we thoroughly discussed each measure that the relevant ministers proposed. We discussed their effects, risks, possibilities,” he said, noting that they all had been defined in such a way to prevent the disease from spreading, he added.

As far as stores are concerned, the public health institute will prepare precise epidemiological recommendations, Plenkovic said, adding that he expected stores to be open all day in two shifts.

The public health institute will also define the number of children for each group in kindergartens and schools, he explained.

With regard to tourism, PM Plenkovic said that he had spoken to his counterparts in those countries whose citizens want to come to Croatia.

“Everyone I spoke to wants us to find a model in the weeks to come to open the borders so that people can come to Croatia during the summer season,” he said.

Plenkovic underscored that this was not just Croatia’s wish but that his government also had the obligation to launch an initiative at the level of the European Council to find a way – if a similar, convergent epidemiological situation occurs in those countries – to make it possible, for example, for Slovenians to come to Croatia and for Croatians to go to Slovenia.

“We are slowly reaching a critical mass of agreement with that concept at the Council level. Others have the same desire and we will look for a solution that will enable tourism to develop in some way at least. It is clear that this will not be a record year as the past three were but we are working on making tourism happen in a new framework,” said Plenkovic.

As regards the financing of the government’s measures to alleviate the impact of the crisis caused by the coronavirus, which Finance Minister Zdravko Maric had previously said would require HRK 45 billion, Plenkovic explained that financing would be sought on the domestic capital market, the international capital market and from international financial institutions and the European Union.

The agreement between the European Central Bank and Croatian National Bank is exceptionally good and encouraging to reduce the pressure on the kuna exchange rate, he said.

Croatia is one of the two countries intensively working on accessing the European Exchange Rate Mechanism (ERM II) and it is very important that it is being treated inclusively almost as if it were one of the 19 members of the euro area, he said.