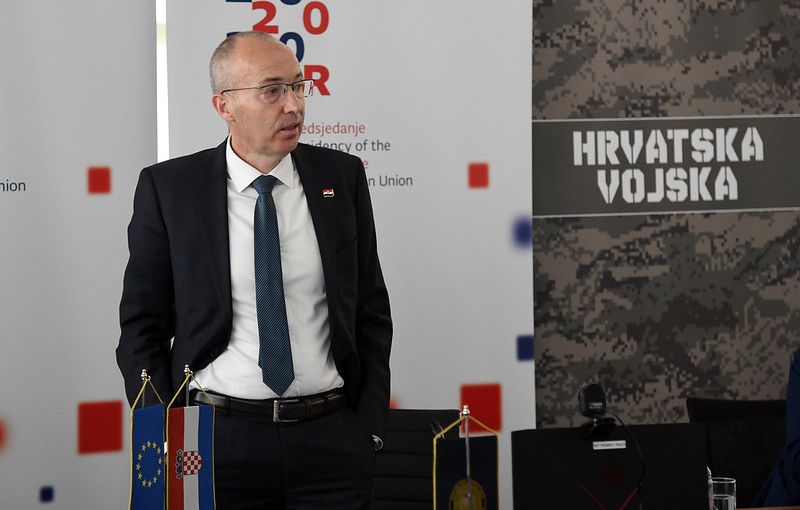 ZAGREB, May 8 (Hina) – Prime Minister Andrej Plenkovic accepted Defence Minister Damir Krsticevic’s resignation on Friday after a military plane crashed on Thursday killing two Croatian army pilots, saying that he did not make that decision because he believed Krsticevic was responsible but rather because he respected him.

“Personally, I don’t see any reason how I could in any way connect his political responsibility with the fact that that plane crashed, however, I understood from our talks that this situation has affected him personally,” Plenkovic said after a four-hour meeting with Krsticevic in Government House.

Plenkovic explained that he accepted Krsticevic’s resignation because he respects him as a man and friend and not because he believes that Krsticevic is responsible for anything.

“Accidents like this unfortunately occur. I am sorry that it affected him so much that he asked to be allowed to take a break from his duty in the government. I will not propose a new defence minister and one of the ministry’s state secretaries will be acting as defence minister for the time being,” said Plenkovic.

He added that Krsticevic had informed him of the circumstances of the crash of a military trainer aircraft near Zadar in which two Air Force members were killed.

The aircraft was on a regular training flight and crashed around 4 p.m. at Biljane Donje near Benkovac in Zadar County. The two Croatian Air Force members were killed in the crash were Lieutenant Marko Novkovic and flight selection training lieutenant Luka Jagatic.

More details about the crash HERE