ZAGREB, 7 February (Hina) – The cities of Dubrovnik, Trogir, Stari Grad on the island of Hvar and Sali on the island of Dugi Otok will be the first in Croatia to reduce plastic waste and use alternative solutions by participating in projects by Split’s Association for Nature, Environment and Sustainable Development “Sunce”.

The  projects launched last year by the Sunce association are “Plastic Smart Cities Croatia” and “For Plastic Free Croatia Islands”, and their aim is to reduce our plastic footprint in different segments of local communities’ social life by reducing the use of disposable plastics and encouraging the use of alternative solutions to single-use plastics. Another aim is to raise public awareness of the issue of plastic waste.

An important activity is mounting a national campaign to raise awareness of the impact of plastic pollution on the marine environment and promote available sustainable solutions in the island communities on Hvar and Dugi Otok.

Once the project is completed, there will be a conference for representatives of local island authorities, national and international NGOs, local government units, representatives of the Croatian Chamber of Commerce (HGK), the tourist board, relevant ministries and others, which will serve to communicate the result of the projects and encourage further reduction of plastic waste.

The Association Sunce Split recalled that Croatia should this year adopt the new law  on waste, which contains some provisions of the EU directive on the reduction of the impact of certain plastic products on the environment.

“The Mediterranean Sea is one of the world’s most polluted seas, and half of that enormous amount of waste comes from the mainland. With 400 kilotonnes of waste produced a year, Croatia ranks third in the region,” the Association Sunce Split said, underscoring that tourism is one of the key factors so part of the awareness campaign under the “Plastic Smart Cities” project is aimed at domestic and foreign tourists. 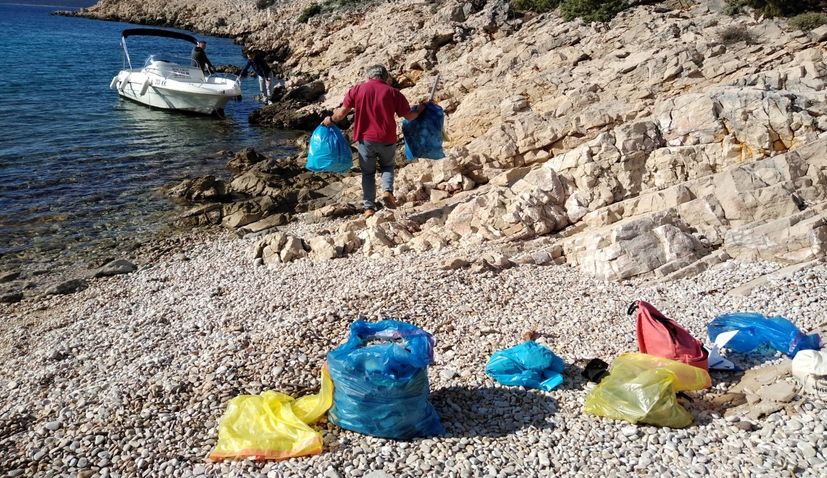 In addition, the COVID-19 crisis has led to a dramatic increase in the use of disposable plastic products and their being discarded in nature.

The EU directive on plastic waste was adopted in 2019, and the Croatian law on waste should be adopted by 3 July, when Croatia should ban single-use plastic products, such as cotton bud sticks, cutlery, plates, straws and stirrers.

After the directive was adopted in the European Parliament, Davor Škrlec, then MEP of the Greens, said the directive should be used to encourage changes so that as a society we would produce less waste and become sustainable.

Single-use plastic products and fishing gear together account for 70% of marine litter in Europe, so it is expected that by implementing the directive European seas will become significantly cleaner over the years.

According to the Commission’s assessment, the directive will bring many benefits to the environment and the economy. Environmental damage whose cost would reach €22 billion by 2030 would be avoided, and consumers will be able to save up to €6.5 billion, with adjustment costs for manufacturers being estimated at €3.2 billion.

At the end of last year, the Commission also adopted new rules on the import and ban on the export of plastic waste to third countries which do not have the capacity to manage it in a sustainable way, which is one of the key points of the European Green Deal and EU’s circular economy action plan.