There are a number of Croatian missionaries and volunteers scattered around Africa doing some good things.

Many have been in places like Kenya, Uganda, Ruanda, and Congo helping build schools for orphans, providing education for kids and housing for many families.

In their downtime, the volunteers like to teach the locals a Croatian song or two, as shown in this video posted by CroExpress.

The video shows a group of 3 playing a part of the popular song ‘Lijepa li si’ (You are beautiful) on the guitar and singing along.

Croatian missions in Africa have been active for years. Most recently the work of Father Miroslav Babic saw him become somewhat of a cult hero with the local residents of Kenya because of his amazing work. 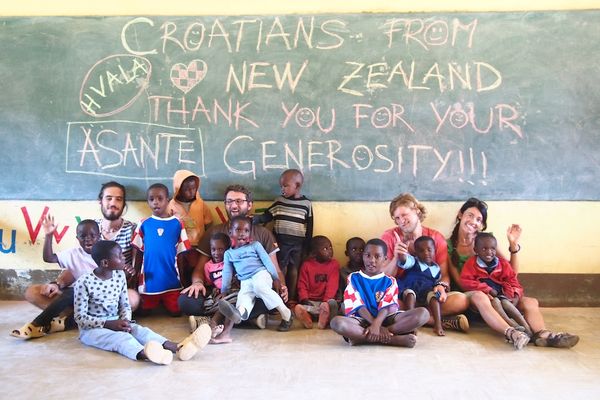 Father Miroslav Babic and the volunteers

Of the missions which he was responsible for helped bring running water to a village. Babic and volunteers would also teach the kids Croatian songs.