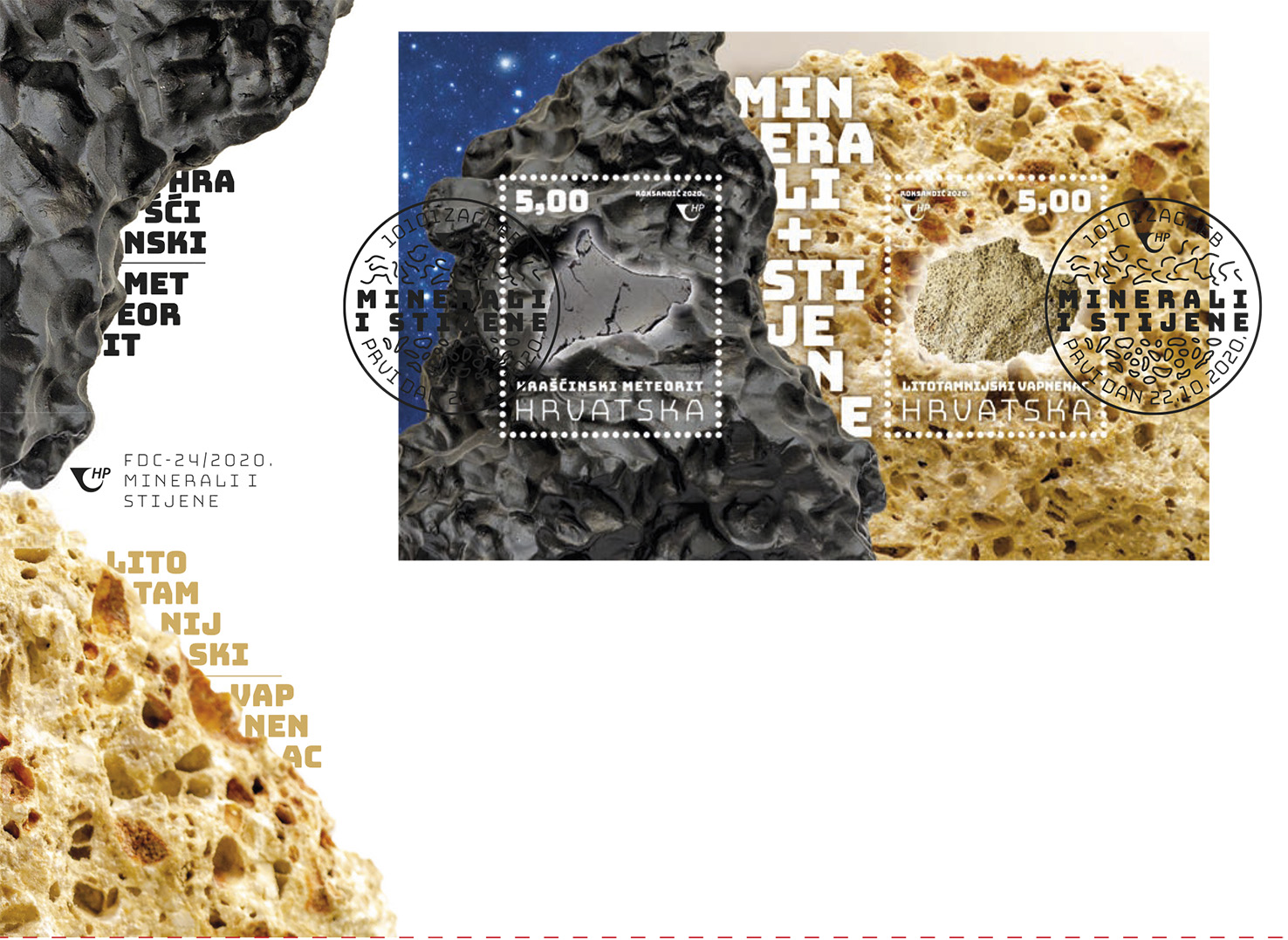 ZAGREB, October 20, 2020 – On October 22, 2020, Croatian Post will put into circulation a new commemorative postal block from the “Minerals and Rocks” series.

The collection of extraterrestrial matter (meteorites) of the Croatian Museum of Natural History consists of about fifty specimens from various world sites, and specimens of fallen in Croatia (Hrašćina, Miljana and Dubrovnik) have a special significance. Among them, a special place is occupied by the Hrašćina meteorite, also known as the “Zagreb Iron”.

The Hrašćina meteorite is an iron meteorite that fell on May 26, 1751, at around 6 pm in the village of Domovec not far from Hrašćina in Hrvatsko Zagorje.

Meteorites are fragments or fragments of a space object such as a comet, asteroid or meteoroid that “survives” the passage through the atmosphere and falls to the Earth’s surface. They are divided into stone, iron and iron-stone meteorites. Unlike rock meteorites that resemble rocks on Earth, iron meteorites differ from ground iron in increased nickel concentration.

The Hrašćina meteorite played a key role in this knowledge. The Viennese manufacturer Alois von Widmannstätten conducted an examination of an oak meteorite by etching a polished, polished meteorite plate with nitric acid, with figures in the form of properly spaced lines. These figures (lamellae), which have since been the basis for distinguishing extraterrestrial from terrestrial iron, are called Widmannstätten figures and are created due to the separation of the minerals kamacite and tenite. 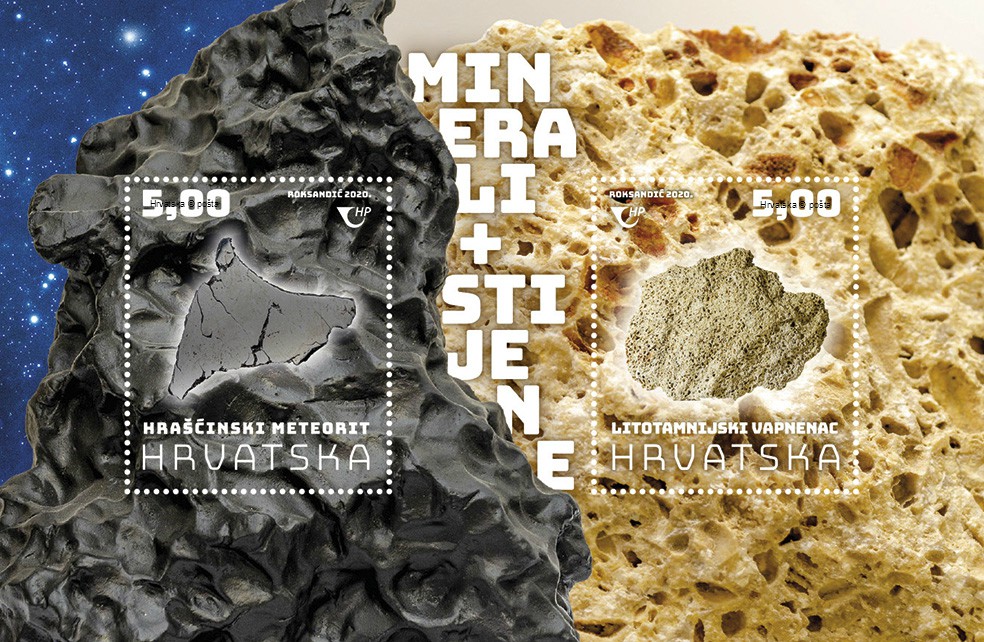 Lithothamnium limestone is a limestone sedimentary rock. This lumpy, hollow type of limestone was built mostly of red algae of the genus Lithothamnium that lived in the then Paratethys Sea fifteen million years ago, during the geological period of the Middle Miocene.

This type of limestone is named after these algae, which also contains the remains of shellfish, thorns, mosses and demersal foraminifera. In addition to the remains of marine organisms, lithothamnium limestone also contains fragments of the minerals flint, calcite, mica leaves and rock fragments found in the coastal area. Lithothamnium limestone was formed in the shallows of the Pannonian Sea that surrounded Medvednica and other mountains of Pannonian Croatia which were islands at that time.

It is especially interesting to note that lithotamnic limestone is one of the most commonly used building stones of the city of Zagreb and that portals of numerous Zagreb buildings, parts of Mirogoj arcades and the Zagreb Cathedral of the Assumption of the Blessed Virgin Mary and Saints Stephen and Ladislav were built from it. a strong earthquake in 1880. Lithotamnian limestone was brought from the quarries in Gornji Vrapče and Bizek, which are located in the immediate vicinity of Zagreb, for the needs of the construction of the Zagreb Cathedral.