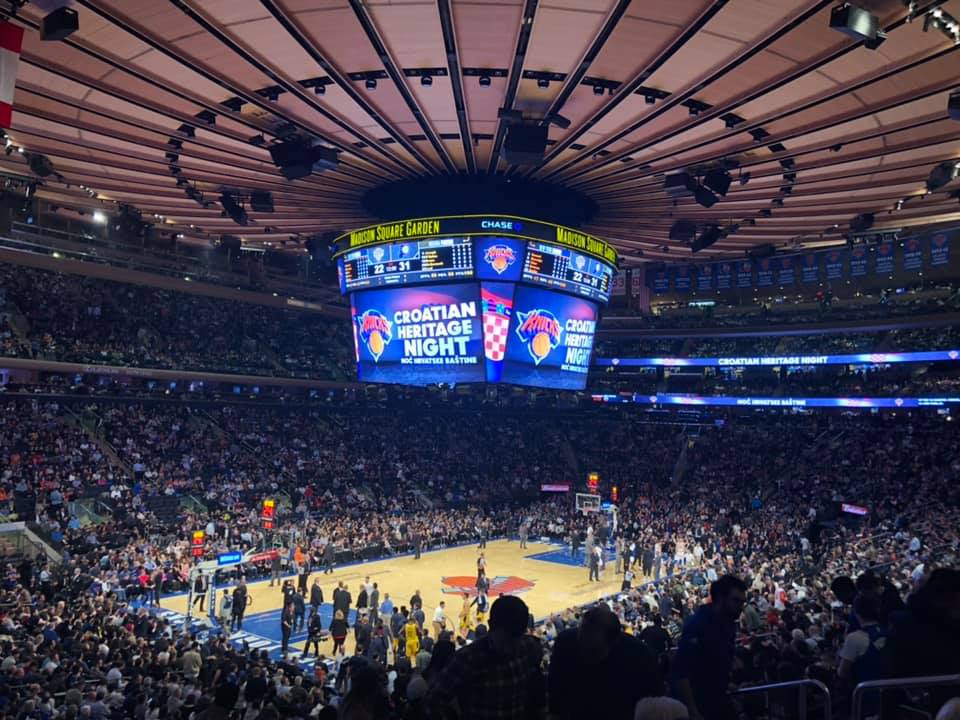 NEW YORK, 1 October 2019 – The second NBA Croatian Heritage Night is set to be held at Madison Square Garden during the New York Knicks clash with the Cleveland Cavaliers next month.

The first Croatian Heritage Night, which took place in January this year, was a huge success with over 700 Croatians turning up Madison Square Garden during the NBA clash between the New York Knicks and Indiana Pacers.

The night celebrated Croatian culture through themed in-arena components with Croatian Knicks player Mario Hezonja highlighted as part of the special night. Croatian international Bojan Bogdanović also turned out for the Pacers on the night. Žižić will be the highlighted player for the night in November.

The first Croatian Heritage Night featured Klapa Astoria singing the American national anthem in the traditional Croatian klapa style. At half-time in the match, a performance of the traditional dance ‘Linđo’ took place.

Tickets are now available for the match, with a special savings off of individual game tickets. The first 300 purchasers from this link will receive a Croatian Heritage specialized t-shirt. Tickets are available on the link here.

If any Croatian organizations in New York would like to be involved in the night, please contact Nicholas Palumbo at [email protected].