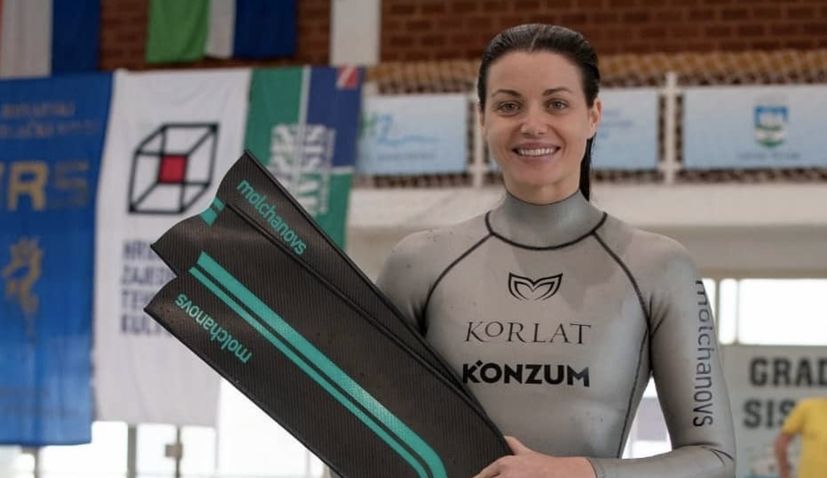 The 33-year-old from Zagreb broke two world records at the Croatian National Championships in Sisak over the weekend.

First, Mirela set the new world record in the dynamic with bifins discipline with an incredible dive of 231 metres.

The following day, she was at it again, breaking her own record in the dynamic no fins discipline with a dive of 206 metres to set the new world record by 6 metres.

“Sisak is one of the cities that was hit the most by recent earthquakes, so to be able to achieve these results there was an honor for me and a big motivation,” Mirela said.

Mirela has only been freediiving for the past three years and got into the sport by chance.

She started swimming at the age of five for therapy when she was diagnosed with Legg-Calve-Perthes, a condition that occurs when blood supply to the ball part of the hip joint is temporarily interrupted and the bone begins to die.

After having a number of surgeries, and becoming a mother, Mirela decided to do some sports again at the age of 30. She got back into swimming and when she saw some freedivers in action she tried and fell in love with it.