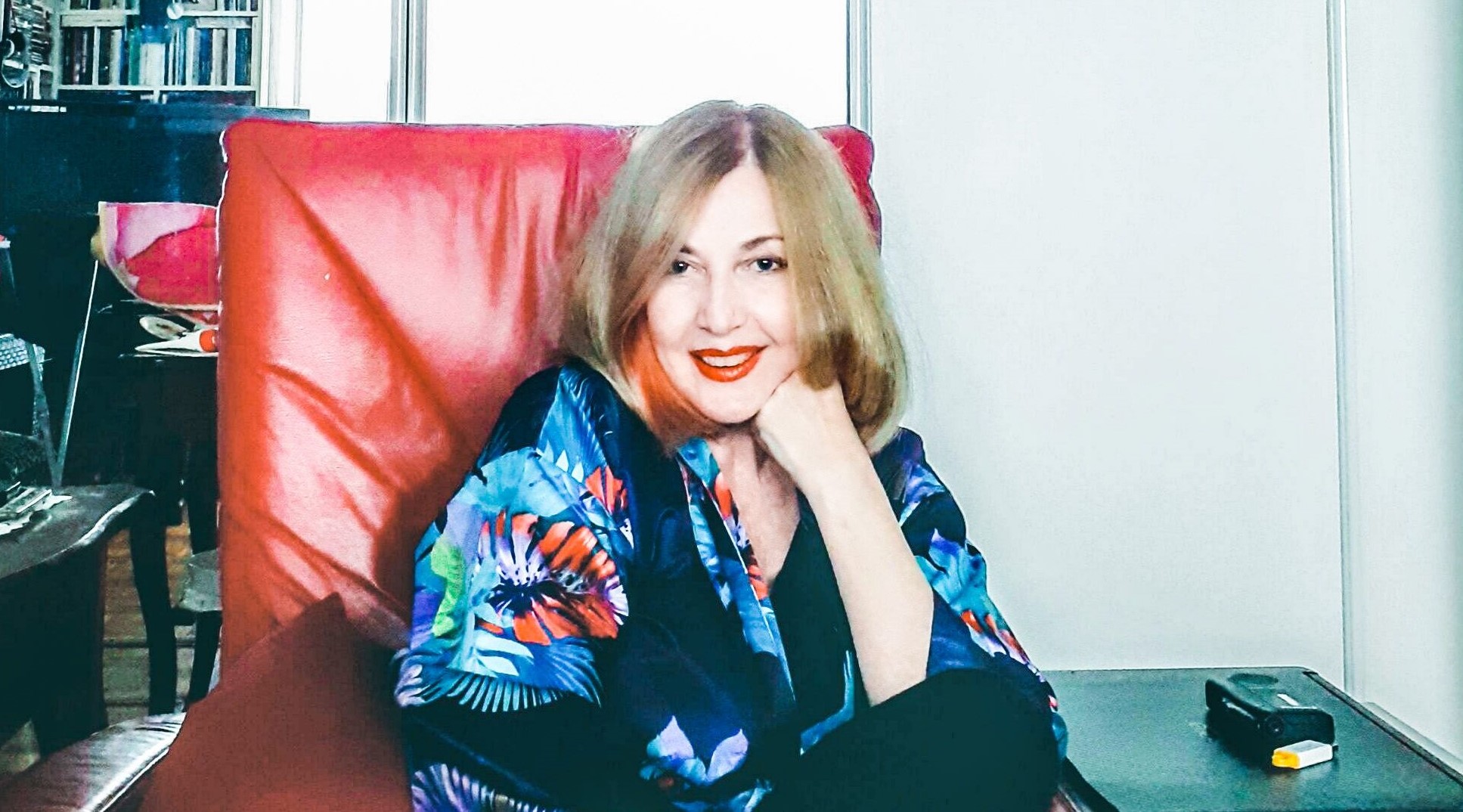 The short film by Croatian poet and filmmaker Stanka Gjurić, “Summer morning” is in the official selection program of the ESMOA film festival, which starts on November 30 in El Segundo, California (USA).

El Segundo, CA – ESMoA announced the 60-second films from the 2022 ESMoA Video Art + Film Festival scheduled to screen online at www.esmoa.org from November 30 to December 2, 2022 and in person at ESMoA on December 3, 2022 at 1pm.

Established in 2017, the ESMoA Video Art + Film Festival (EVAFF) is a free international festival inviting filmmakers of all ages and backgrounds to submit short, 60-second films around a theme. This year, the Festival’s theme is “bliss”.

“Selecting the finalists was particularly hard this year,” says the festival curator Eugenia Torre. “ESMoA received over 400 submissions from 65 countries. The theme bliss was inspired by the need to create a break from the negativity and bad news that have characterized the past two years. By challenging filmmakers to see the positive side of things, I hope to be able to offer 45 minutes of blissfulness to the festival viewers.” 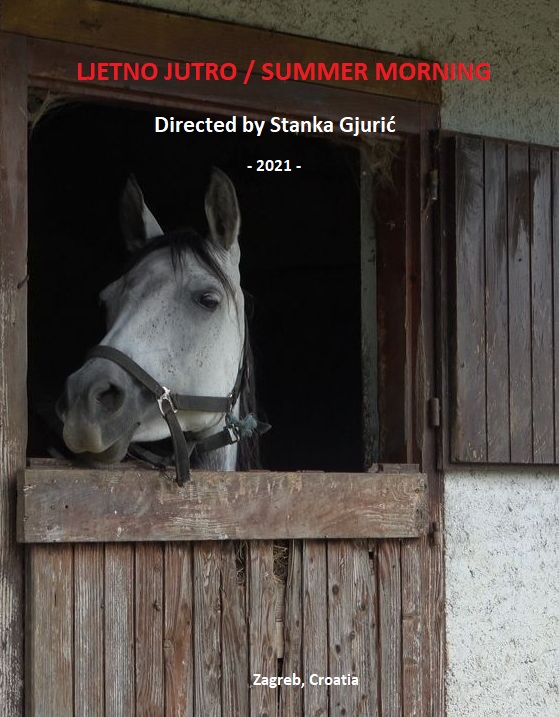 The ESMoA Video Art + Film Festival will include videos from three categories: animation, film and video art. ESMoA staff pre-selected the semifinalist videos (84) that best represented “bliss” and shared them with a jury panel comprised of film industry experts.

The jury met at ESMoA in November to select the finalists in each category – whose work will be featured at the December screening. While the jury voted to determine winners for the three categories; audiences are encouraged to vote for their favorite short during the virtual screening in order to select the audience award. 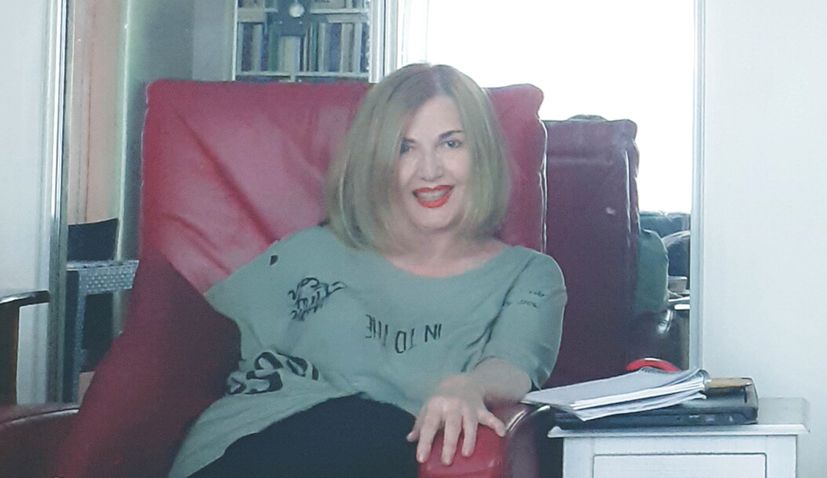 Following the great success of past virtual editions, ESMoA will host this year’s festival in a hybrid format, a combination of virtual screening and in person screening at ESMoA.

The Festival will be screened virtually on the ESMoA website from November 30 at 10am PST to December 2 at 5:00 pm PST, 2022 and audiences from all over the world will be able to view the official selections by registering online for free passes. Voting for the “Audience Award” will be open for the entire length of the virtual screening. ESMoA will then host an in-person screening of all finalists on Saturday, December 3, 2022 at 1pm. All awards will be announced after the in-person screening at ESMoA.

Carter Armstrong is the Senior Vice President of Film & TV at peermusic. Based in the company’s Los Angeles/Burbank office, Carter oversees the entire department in the United States as well as liaising with all 32 of peer’s worldwide offices. Carter also owns and runs

Strong Music, providing creative and administrative music department support for clients such as NBCUniversal (Hairspray LIVE! on NBC), VRWERX (Paranormal Activity: The Lost Soul), and Air Bud Productions (Pup Star). Previously, Carter was the Head of Music at Lionsgate Entertainment where he oversaw more than 20 films including La La Land, The Hunger Games: Mockingjay Part I, Divergent and Insurgent. Carter has also served as Senior Vice President, Music at Warner Bros. Pictures where he oversaw the music and negotiation for more than 70 Warner Brothers films including Argo, The Hangover series, Syriana, and Contagion.

Rick Carter is a two-time Academy Award® winning Production Designer for Jim Cameron’s “Avatar” and Steven Spielberg’s “Lincoln.” Carter received his first Oscar® nomination for his work on Robert Zemeckis’ “Forrest Gump” and also for Spielberg’s historic epic “War Horse.” As a Production Designer for over 40 years, Carter also collaborated with Spielberg on the blockbusters “Jurassic Park” and its sequel “The Lost World: Jurassic Park.” as well as such diversely set films as ’The Post,” “The BFG,” “Munich,” “The War of the Worlds,” “A.I. Artificial Intelligence” and “Amistad.” He has also been Zemeckis’ Production Designer on the films “The Polar Express,” “Cast Away,” “What Lies Beneath,” “Death Becomes Her” and “Back to the Future – Parts II and III.” Recently, Carter co-Production Designed “Star Wars – The Force Awakens” and “Star Wars – The Rise Of Skywalker” with director JJ Abrams.

Phet Mahathongdy is an actor, writer and director born in Laos, raised in Colorado and currently residing in Los Angeles. She studied classical theater at The National Conservatory of Dramatic Arts and holds a BA in English from The George Washington University. She recently wrapped production on Ryan Murphy’s “Monster: The Jeffrey Dahmer Story” for Netflix. Morgan Rojas is a film critic and founder of Cinemacy, a website dedicated to discovering the latest in independent and arthouse film. She is a “Tomatometer Approved” critic at Rotten Tomatoes, a board member of the Hollywood Critics Association, a film critic for the El Segundo Herald, and a member of the Online Association of Female Film Critics. In 2019, she was chosen as a host for Maria Menounos & Keven Undergaro’s TV broadcast network, AfterBuzz TV, and has become a repeat distinguished speaker at Chapman University’s yearly Entertainment Journalism in the 21st Century panel.

Matteo Tibiletti is an actor, author, theater director and filmmaker. Since 2015 he has been working as an actor coach, screenwriter and acting teacher in many school districts in the province of Varese, as well as actively collaborating with the cultural association “Il Volto di Velluto”. Starting from 2018 with the short film “Yes, No” he obtained various international awards, including two awards for best screenplay and best film that allow him to get many grants (in Paris, for the Mobile Film Festival and in Los Angeles for ESMoA Film Festival). In

2021 he was selected as a teacher of Mobile Filmmaking (on the island of Brac in Croatia and in the city of Bra in Piedmont) to participate in the international project “Cine”, promoted by Slow Food International in collaboration with the European Union and the Mobile Film Festival.

The Official Selection that will be screened at the 2022 Video Art + Film Festival: BLISS is:

• Alice and the big screen by Micaela Geslin – Argentina

• Take the Day Off by Nadine Buckley – United States

• A Friend from Above by Mohamed Asif Hameed – India

• Hello, I am Leon. by Leon Stanislawski – Austria

• One Day it Snowed in Cairo by Reham Emam – Egypt

• The pedigree by Ali Pourahmadian – Islamic Republic of Iran

• World and me by Eldor Kudratillayev – Uzbekistan

• Inspire from the deep by Evgeniy Shaman – Italy

• Them and us by Ilya Mezhegorov – Belarus