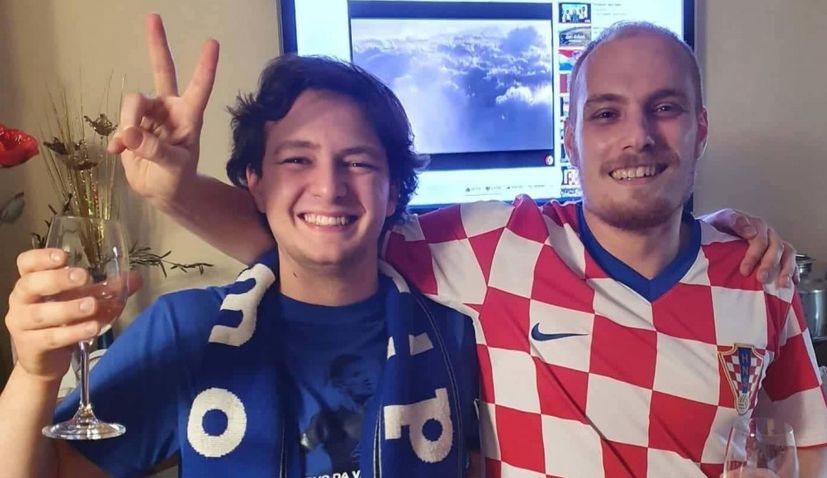 Puljić, a master of political science from Zagreb and Šprem, a student at the Faculty of Economics in Zagreb, won the University World Class Debate tournament organised by South Korea.

The pair were the first in 40 years to win the title with English not being their mother tongue.

“Two years ago, in Cape Town, we became the first non-English-speaking team to make it to the finals, and now we are world champions,” Puljić told daily Jutarnji list.

The current epidemiological situation prevented Tin and Lovro from going to Korea and they won the competition and created Croatian history via Zoom from Zagreb.

In nine preliminary and four elimination rounds, 13 different topics, ranging from philosophy and feminism to health, science and international relations were covered.

The debate competition is designed so that the two teams are given topics to discuss, 15 minutes of preparation for each topic, and a randomly assigned page with which the debaters do not necessarily agree on a personal level.

Some of the topics which they won world gold for included “whether it is in Russia’s interest to behave expansionistly towards the Arctic, connecting social movements with academia and the possibility of establishing an international health court to deal with violations of WHO guidelines on antibiotics and the current lockdown.”

In addition to the title of world champions, they were also named the best public speakers of the championship with Puljić winning first place, and Šprem second.

“Back in high school, through various high school debate clubs, we tried our hand at debate. We liked the presentation debates that these clubs held in high schools and we have been active in these circles for ten years,” Puljić added.

By winning, they also are believed to be the first team to win both the WUDC and the HWS RR in the same year.

“We will not withdraw from debating because we want to provide future debating students from Zagreb with the best possible preparation for competitions and continue to help develop the debate in this area,” concluded the world champions.