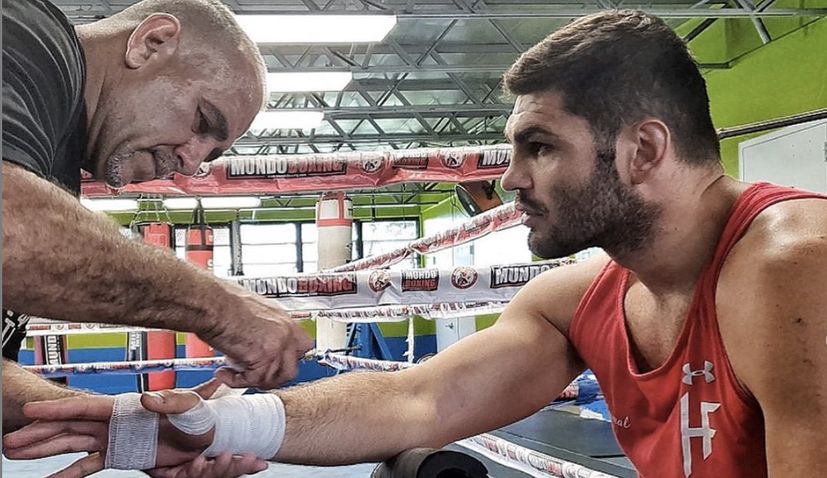 Hrgovic (8-0, 6 KOs), who has been in Miami for the past 8 weeks training with his coach Pedro Diaz, will face Mario Heredia (16-6-1, 13 KOs) at the Centro de Usos Múltiples in Hermosillo, Mexico, on Saturday August 24. The fight will be live on DAZN in the US, Sky Sports in the UK and RTL in Croatia.

The Croatian star is aiming for KO number seven in Mexico and defending his WBC International title against an in-form Mexican in the shape of Heredia who enters the bout on the back of a split-decision win over former World title challenger Samuel Peter in April.

“I have prepared the best I can, like always, for this fight. I feel good, everything has gone well (in camp), I have no injuries and I believe everything will be good,” Hrgovic told RTL.

So what does the Croatian know about his Mexican opponent?

“Definitely he will be a new challenge for me. Mexican fighters are renowned for fighting with heart. After his countryman Andy Ruiz’s win and his win in his last fight against Samuel Peter, he surely has the wind in his sails. I am here to stop him.”

Hrgovic says he is not worried about the heat as he builds up to the fight and it has not effected his preparations.

“I am like a rock, nothing can effect me. In Siberia, in Miami, in Mexico, wherever you like I am the best boxer in the world.”

Filip’s coach Pedro Diaz has also been impressed with his preparations over the last two months in camp.

What a nice way to start the day.👌🏼 Good morning everyone ☀️ #riseandshine #breakfast #healthy #HF

“Filip is a warrior. He is a boxer who always concentrates on the job and works very hard. His next fight will be for an international belt. I think he will have a big career as a boxer.