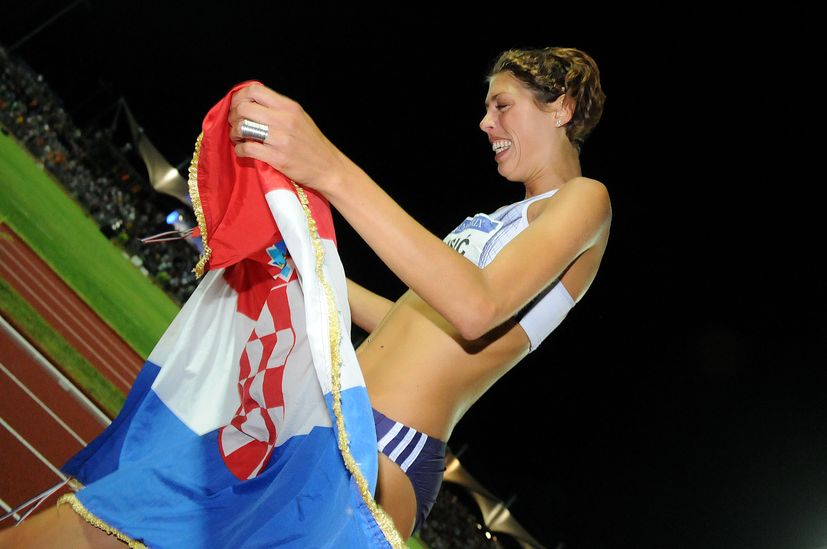 Croatian high jump legend Blanka Vlašić has officially retired. The two-time world champion and double Olympic medallist has made a statement confirming she has called time on what has been an incredible career.

“Although athletics is an individual sport, I always felt like part of a team because I didn’t jump just for myself. Running the victory lap with the Croatian flag has always been the greatest honor for me. With peace in my heart, gratitude for every inch and every applause, I turn to the next page in my life” Vlašić said.

The official retirement of a career full of historical achievements has been awaited by the Croatian and world sports public for some time.

Blanka officially announced her final decision in an Olympic year. Due to the difficulty and severity of the sports injuries she has been actively rehabilitating for the past four years, the decision to end her career came spontaneously and naturally.

“Every athlete will understand me – parting is not easy. We leave behind great emotions, conquered peaks, victories over ourselves, magnificent moments that cannot be described in words. But it all remains a part of us – a part we carry into the future. And I carry all my successes and failures and I will weave them into a new story. I will always stay in the sport. With my experience and knowledge, I want to permanently and actively contribute to the further development of world athletics and sports in general”, said Blanka in her farewell address to the public. 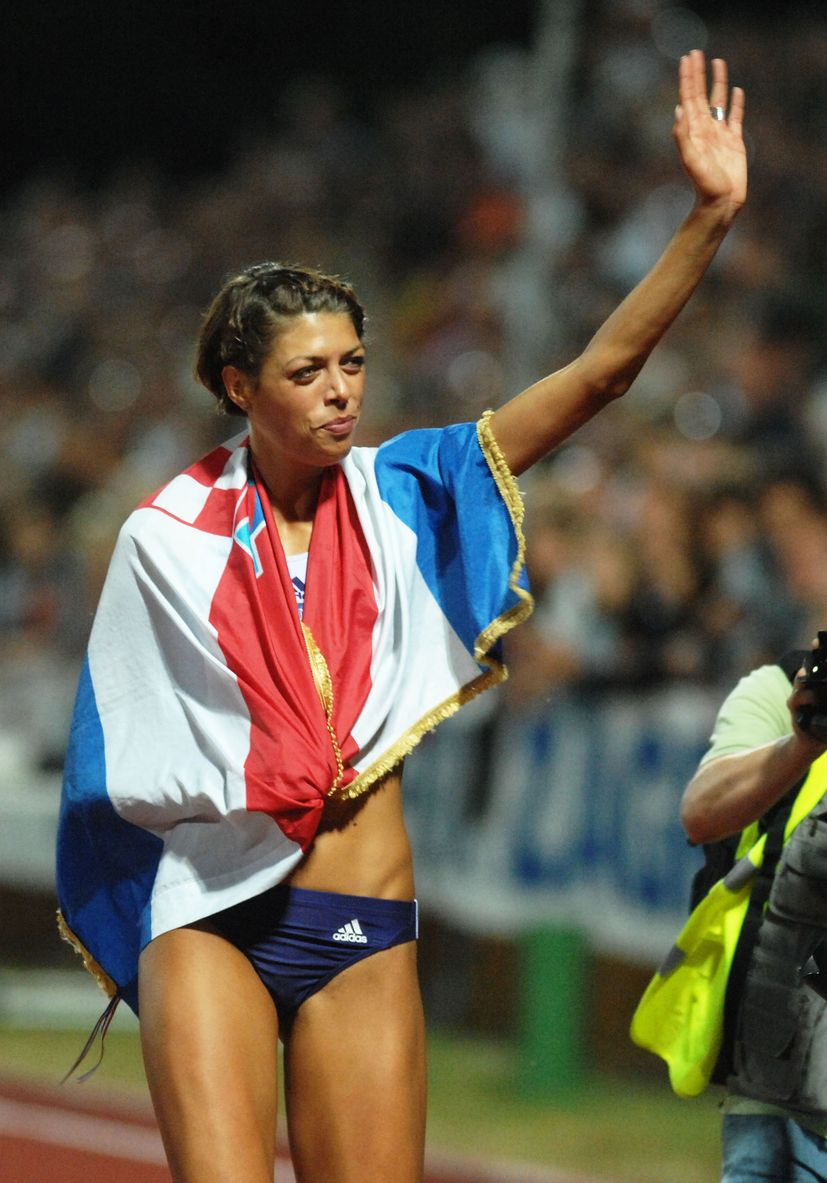 Another great sports story has come to an end. One of the greatest athletes in the world of all time, today 37-year-old Blanka Vlašić decided to say goodbye to the professional sport that she loved so much, and which we loved even more because of her. When in the sixth grade of primary school she won in her first competition she ever participated in, and in the high jump, few could have known that then was the beginning of another great Croatian sports story.

Blanka grew up in a sports family with her father Joško Vlašić, the winner of the Mediterranean Games and today’s actual Croatian decathlon record holder from the 1983 competition in Casablanca – after whom Blanka was named, and whose contribution to her career was immeasurable.

“An athlete dies twice. The second time biologically, but the first time when they conclude their sports career. In both cases, you draw the line, look back, and ask the question: Was it worth it?  Did I spend my time well?  Blanka, like Blanka, is more inclined to remember what she failed to do and unfairly taint a white sea with black droplets. You, Blanka, not only did great things by sports standards, but you did it in a completely clean and honest way and without hiding your personality you entered the hearts of people all over the world…

You have made your country, your city, your family, your entire sports and especially your athletic community proud. I am happy that I was allowed to be a part of your journey. Dad.” commented Joško Vlašić, Blanka’s father and coach, on the end of her career. 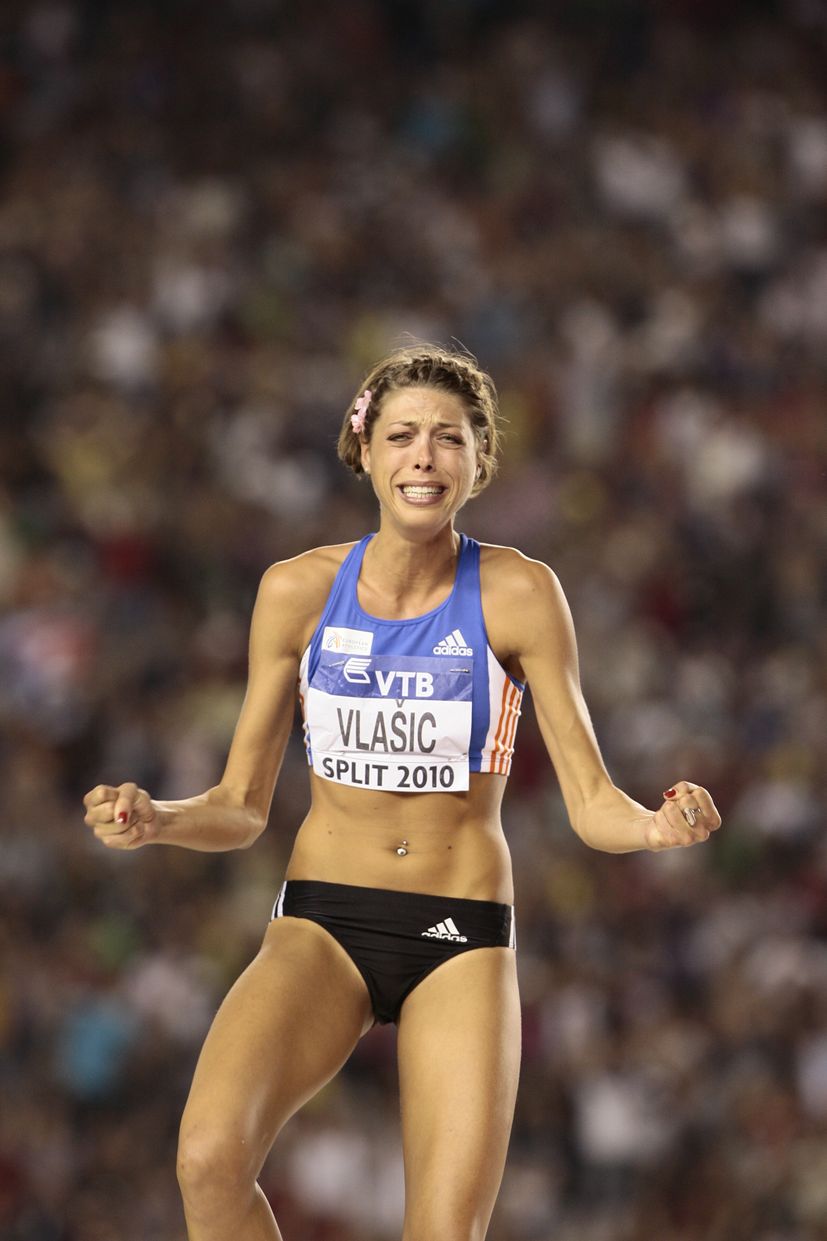 In Blanka’s story, her coach Bojan Marinović, with whom she reached world and historical heights, is also indispensable.

The unforgettable images of Blanka’s jumps will remain in the memories of athletics and sports for all time. Nineteen major world medals, of which thirteen are gold, including the double World champion title from Osaka and Berlin, the European title from Barcelona, ​​two World indoor titles from Valencia and Doha… It is difficult to list all the successes of an athlete who flew over the magical two-meter limit 165 times in 106 major World and European competitions and athletic meetings, making her the second-highest jumper of all time.

Bulgarian Stefka Kostadinova set a world record with a jump of 2.09 m in 1987 by jumping only one centimeter higher than Blanka. The year 2009 will be remembered for a long time when Blanka flew over 208 cm at Hanžek in Zagreb, and given the readiness and preparations, everyone was confident that she could have done more, just that one inch which was crucial for a world record. A dream she never realized even though she was extremely close to it for some time was the dream of Olympic gold. And it was precisely her desire to try it once again that carried her for so long through persistent and dedicated injury rehabilitation. Blanka brought Croatia the Olympic silver from Beijing in 2008 and the Olympic bronze from Rio 2016. 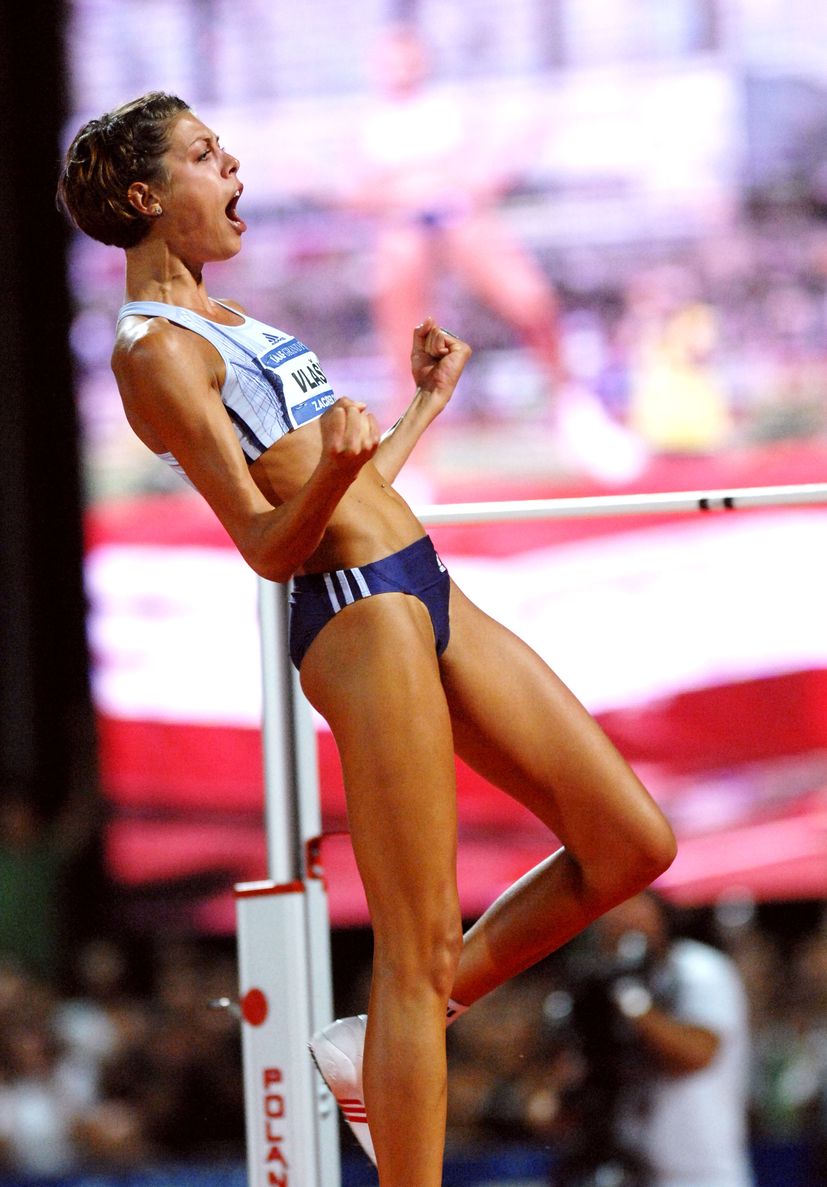 “When I saw Blanka jumping for the first time, I knew this girl was going to jump really high. It took a few years before she got the coordination right in those loooooong legs. But then…WOW!!! Blanka made women’s high jump fun and always gave the crowd a show not only with her performance but also with her charisma and star quality. She was my competitor but also my friend. She was the only one of my rivals that I was roommates with at competitions and really had fun with. She has a great sense of humor and is great to be around. Blanka you are the best!” said the Swede Kajsa Bergqvist, the current world indoor record holder in the high jump. 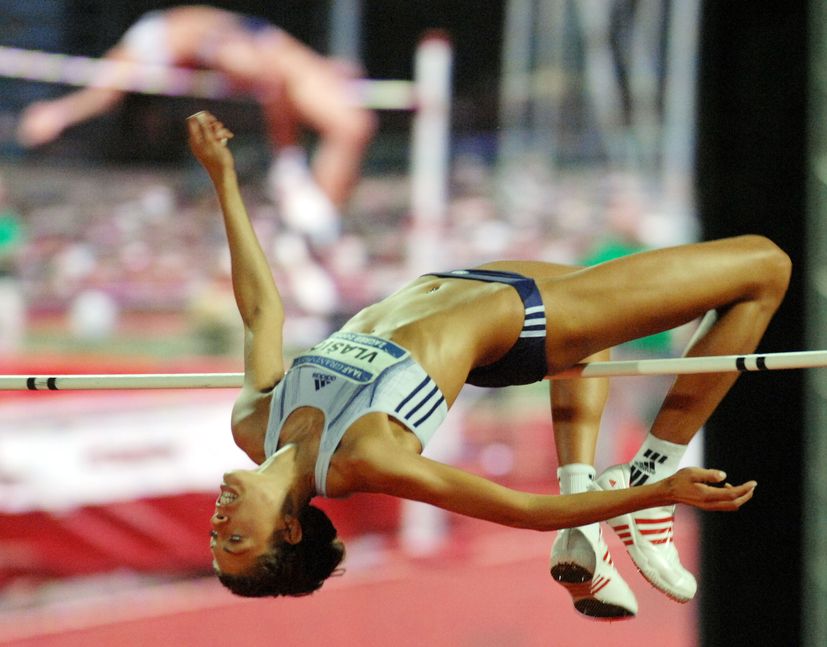 In addition to her jumps, the sports public worldwide also loved her distinctive, joyful victory dance. Blanka always had a refined sense of belonging and sincere empathy, for example, at the World Championships in Osaka in 2007, she wore a black ribbon on her jersey in honor of the fallen firefighters of the Kornati tragedy. 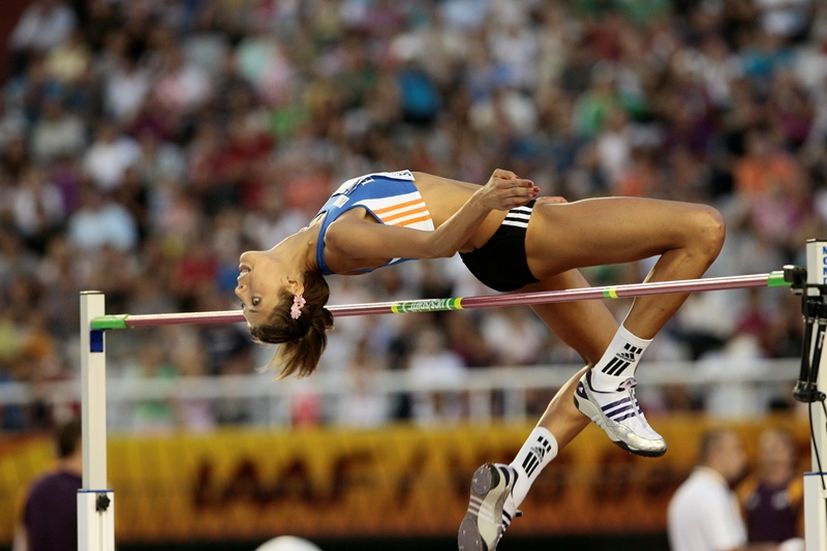 Fans around the World followed her jumps clapping in a rhythm that she energetically conducted from the field. Each of her performances was truly a special emotional experience both for her and for those she infected with her positive energy, spontaneity and openness. She expressed the same honesty in her letter announcing the end of her career:

“Although athletics is an individual sport, I always felt like part of a team because I didn’t jump just for myself. Running the victory lap with the Croatian flag has always been the greatest honor for me.” concluded Blanka Vlašić in her retirement letter and pointed out that she intends to actively contribute to the further development of world athletics and sports in general.

If it is true that every top athlete has only two wishes: to achieve the best result in their sport and to listen to their anthem at major international competitions and bring a medal to their homeland, Blanka is definitely among those who have achieved this dream many times. Now Blanka will have a chance to start jumping over life obstacles. 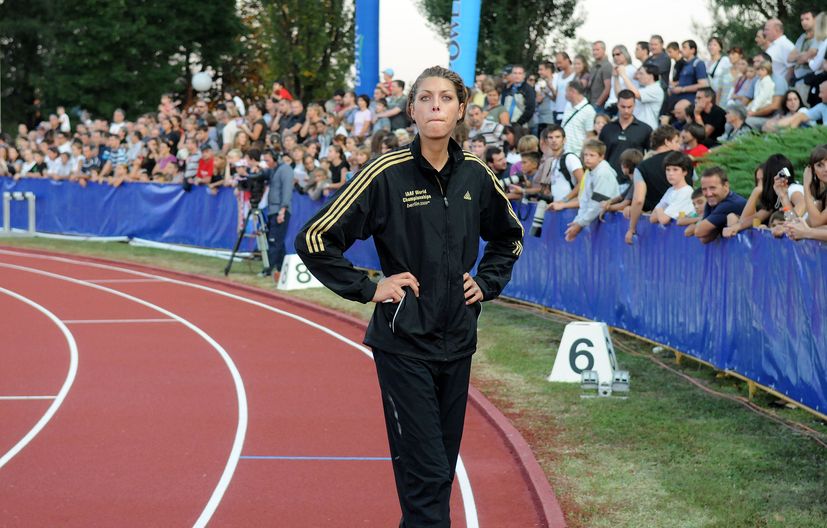