A Croatian artist has created what is the world’s biggest Nikola Tesla monument.

The 13 metre-tall monument of Nikola Tesla, created in the shape of an overhead power line, has been erected in front of the Technology Park in the northern Croatian city of Varaždin.

The monument is the work of Nikola Vudrag, a talented visual artist who had his first solo exhibition at the prestigious Galerie Carre d’artistes in Paris two years ago and was co-author of the 12-metre replica of Our Lady of Loreto in Primošten.

Nikola next to his work (Photo: Private album)

Nikola, who recently moved to Varaždin from Zagreb, created the piece in a rented out former factory which has been called ‘RezervArt’, and which is the headquarters for the Croatian Association for the Promotion and Development of Intellectual and Artistic Creativity.

“On 60,000 square kilometres of the park there is a factory where I settled with eight fellow artists and professions close to us. We want to form an art industry that can compete with more serious foreign galleries and institutions,” Nikola said.

Creating the largest Tesla monument in the world took a lot of work and effort, both in the factory and away from it. Nikola says among preparations, which took longer than creating the monument itself, was 120-page studies dealing with statics and documentation. “The installation started a month ago, first preparing the entire foundation structure, the grounding, then placing the legs up to six meters high, then pouring the concrete and adjusting the balance. Then we lifted the upper torso, arms and head with two twenty-meter cranes. After six months of planning and three years, which was “spent” in studios, international and local exhibitions, the monument to Nikola Tesla has finally found a permanent home in front of the Technology Park building in Varaždin, a city institution dealing with new technologies,” Nikola told Jutarnji list.

Nikola says that the “Nikola Tesla sculpture began as a conceptual project as part of the rethinking of Croatian visual identity, in which power lines would alternate with sculptures dedicated to many real and narrated protagonists, including Tesla, Hrast, Slavoluk, Torpedo, Veli Jože, Medvjed and the like.” Sculptural forms would replace some of the power lines on the tourist route throughout Croatia. 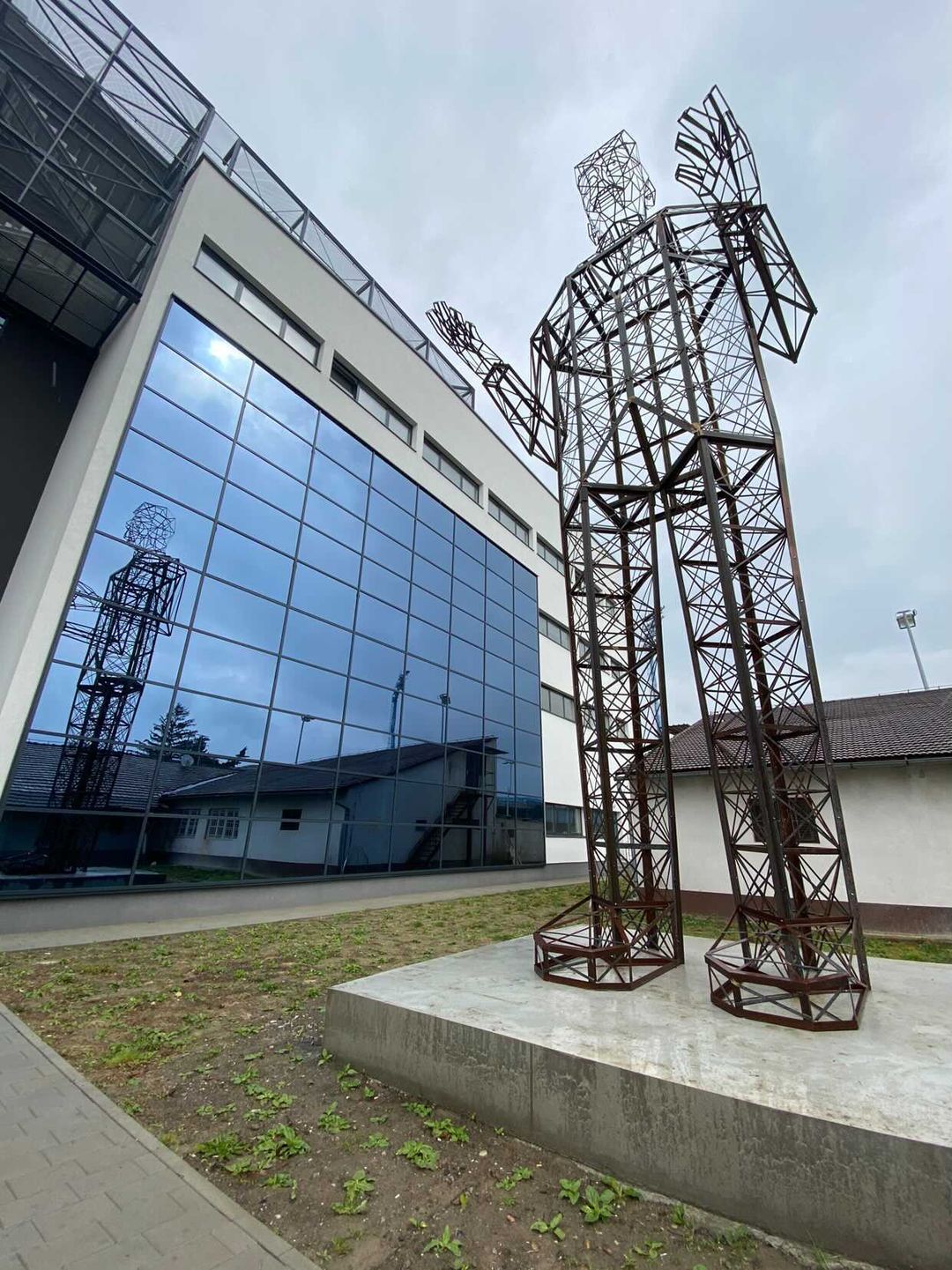 The Tesla sculpture has already been exhibited at the “Tesla Mind From The Future” exhibition in Zagreb and Budapest and at several other solo exhibitions of the artist, where only parts of the sculpture were shown due to its size.

Nikola Vudrag is a sculptor in his early thirties, and is represented, among others, by the Carré d’artistes gallery in Paris, which has branches in New York and Moscow. He studied medal making at the Academy of Fine Arts in Zagreb. He learned the technical part of the job growing up with his grandfather who was a welder and blacksmith. He also worked for the Subversive Film Festival, where his sculpture as an award was awarded to Oliver Stone.