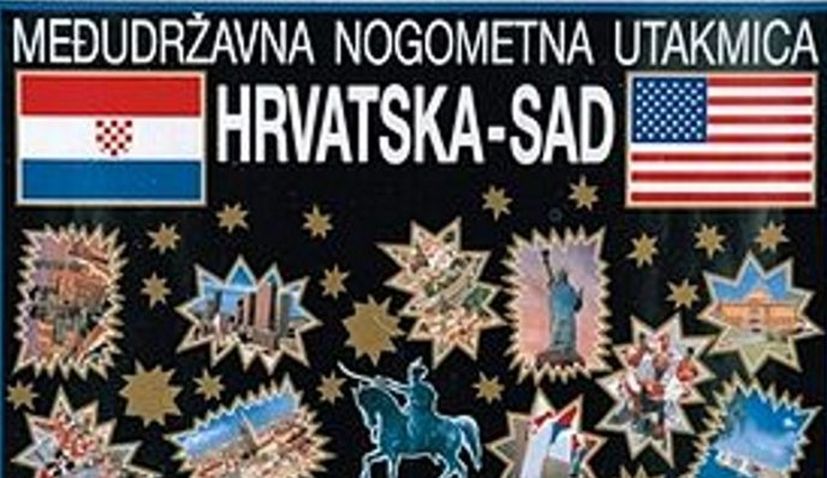 ZAGREB, 14 October 2020 – It will be the 30th anniversary on Saturday of Croatia’s first official football match under the modern-day Croatian flag.

On 17 October 1990, Croatia played the USA at Zagreb’s Maksimir stadium in front of over 30,000 fans and to mark the occasion, state broadcaster Croatian radiotelevision (HRT), will air a special 2-hour programme dedicated to it.

“The programme begins with a special show at 20:05, hosted by Stjepan Balog, during which we will remember how the match came about, who wanted to play in Maksimir, and who wanted to prevent the match from being played,” HRT said.

Guests in the HRT studio will be the protagonists of the match, Ivan Cvjetković, the scorer of the second goal, and Zorislav Srebrić, who was the director of the national team at the time.

After the introductory show, the premiere of the documentary Croatian Dream by the author and producer Andrej Maksimović will be shown.

The Croatian Dream is about the creation and understanding of the Croatian state and its recognisability through the Croatian national football team.

There will also be highlights of the Croatia-USA match which was won by Croatia 2-1. Croatian stars like Zvonimir Boban, Davor Šuker, Alen Bokšić, and Robert Jarni were unable to play in the fixture as they were playing with the Yugoslavia U-21 side against USSR at the time.

Since that match, Croatia has appeared at 5 World Cups with their best performances a bronze medal in 1998 in France and a silver at the 2018 finals in Russia.

In addition to HTV2, the special programme will be available via the HRTi multimedia service.