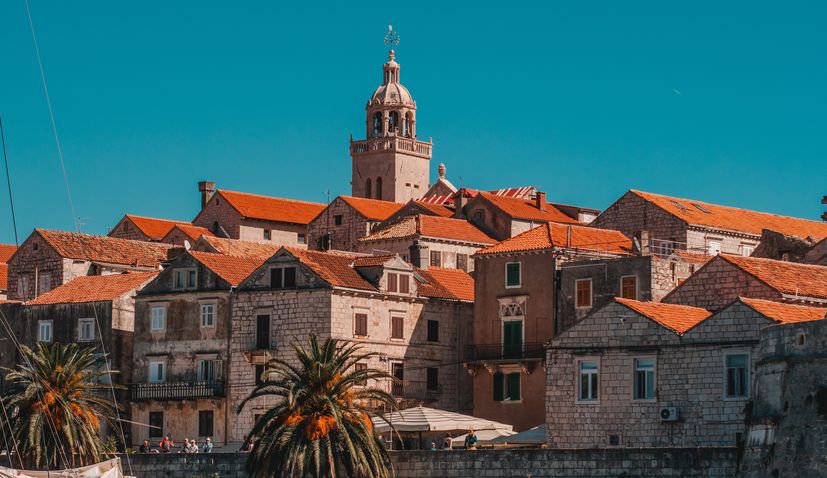 Croatia has seen an increase despite global decline

4 November 2019 – Croatia has the second highest homeownership rate in Europe and has seen an increase in homeownership over the past decade, despite a global decline trend.

Home ownership is dropping on a global scale, with 22 of the world’s developed countries seeing a decline in home ownership over the past 10 years, including the UK where the current rate is 65%, an 11% decrease from 2008, this is according to extensive analysis undertaken by Swinton Insurance.

Switzerland has the highest rental rate at 59%, followed by Germany at 49%, and Austria at 45%. 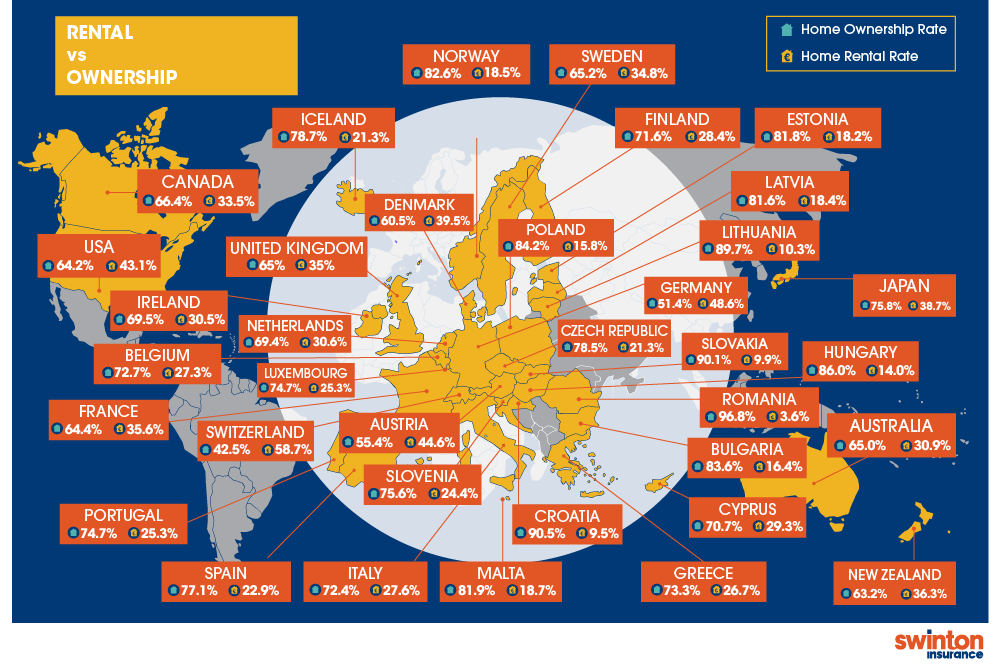 The data was combined with the average cost of renting and purchasing a home, as well as the average salary for each country to see what factors could relate to the choices locals are making when it comes to their residential status.

For home ownership, a person’s salary heavily influences their decision when it comes to renting or buying. A key trend uncovered in the research shows most countries see a similar ratio of salary needed to the cost of price per square meter. 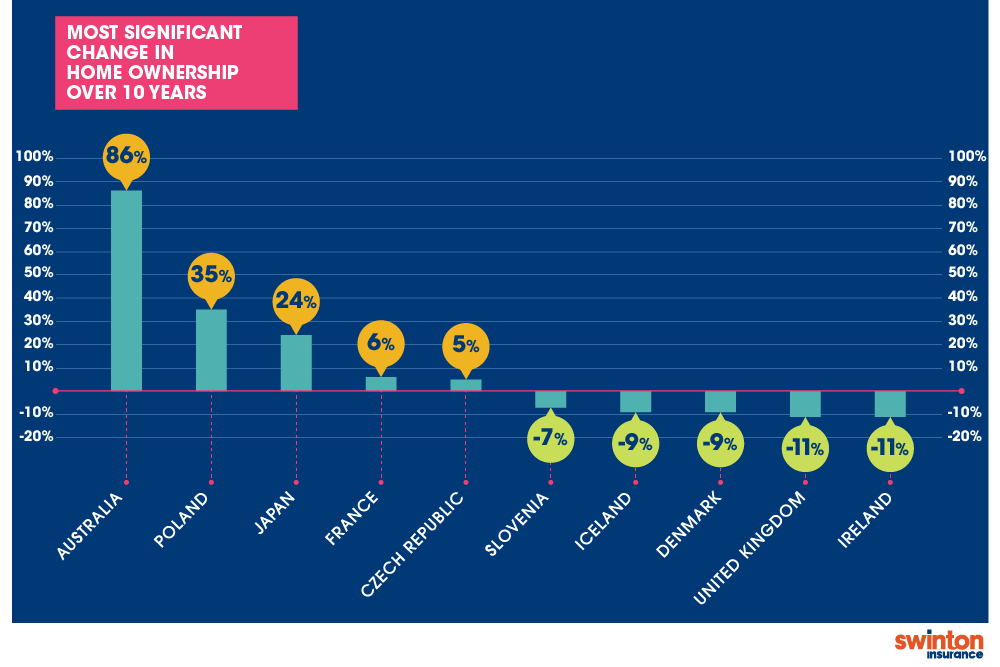 This indicates there are other factors besides salaries which contribute to lower home ownership in countries where salaries are higher, such as Switzerland, notoriously known for its soaring cost of living, where the average salary is £4,253 but the home ownership rate is 42.5%.

For those who rent a property, the data revealed one month’s salary is approximately twice the cost of a month’s rent. People living in Greece and Switzerland have the best salary to rent ratio – with low rent costs in Greece (£345 per month) and high salaries in Switzerland. Residents in Malta had the worst salary to rent figures – with an average salary of £1018, but monthly rent cost of £911. 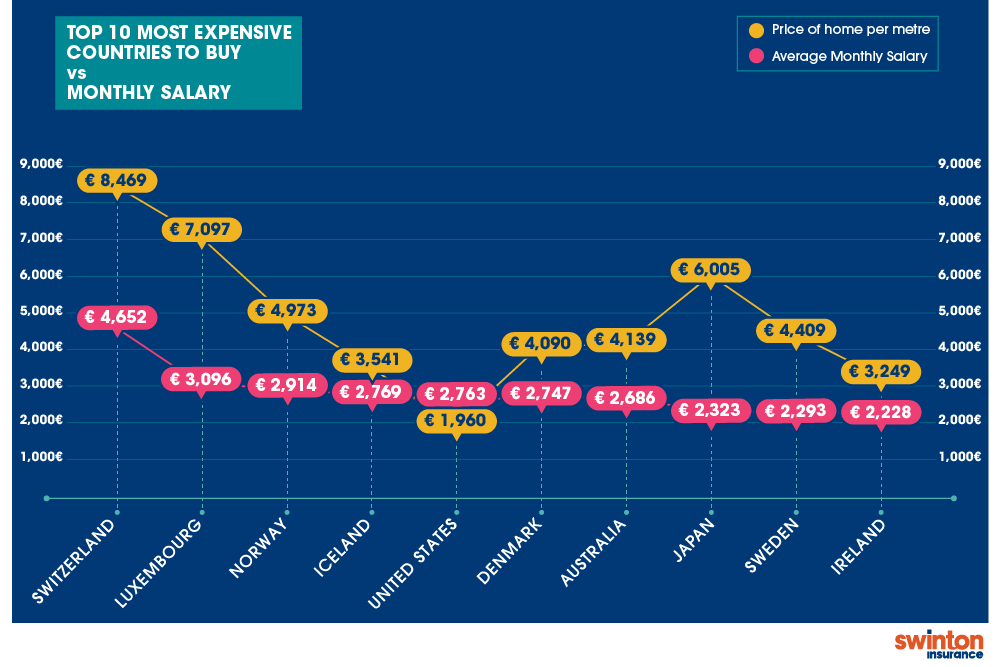 Angela Bowden, Home Insurance Specialist at Swinton Home Insurance said: “It’s interesting to see that home ownership rates have dropped in developed countries globally. Our research shows that there are other factors at play other than just affordability – using the example of Switzerland, where salaries are so high, but the home ownership rate is very low – indicating that the cost of living and even personal preferences can dictate whether people become homeowners or not.”