The Croatian national rugby team is on the verge of earning an historic promotion after a hard fought victory over Malta in Zagreb on Saturday.

A converted first-half try was enough to give Croatia a 7-3 win at a cold and wet Stjepan Spajić Stadium in the Croatian capital this afternoon.

With the Croatian Rugby Union marking its 60th anniversary yesterday, and captain Nik Jurišić earning his 50th cap for his country, there was plenty to celebrate as Croatia cemented its place at the top of European Conference 1 division with one round remaining. 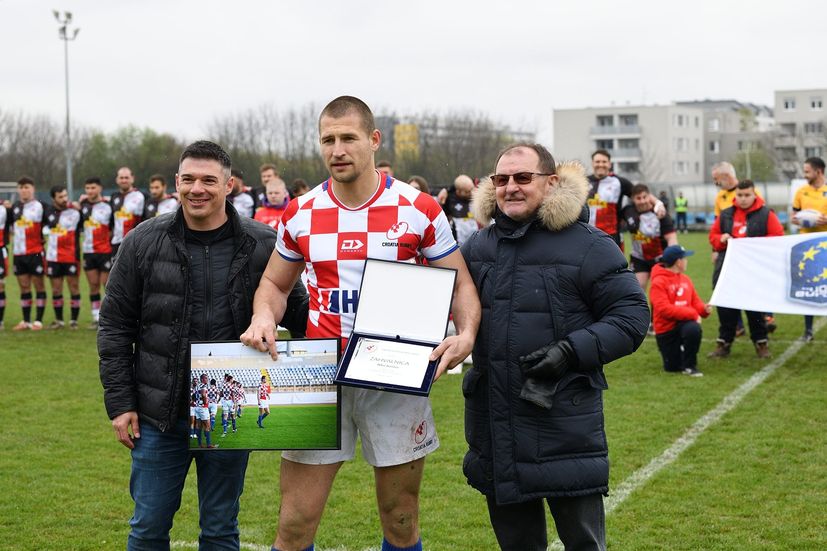 Malta would take an early 3-0 lead when Christopher Dudman slotted a penalty after 6 minutes, but it would be the home side who would dominate possession for the rest of the half. 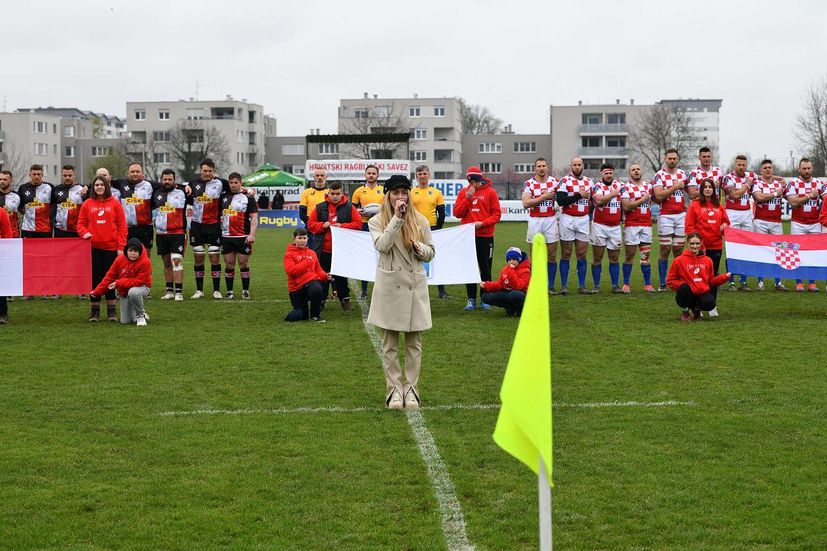 In the 10th minute, Croatia deservedly took the lead when flanker Ivo Perić finished off a driving move. His try was converted by Jason Newton, which would be the last point-scoring moment of the match. 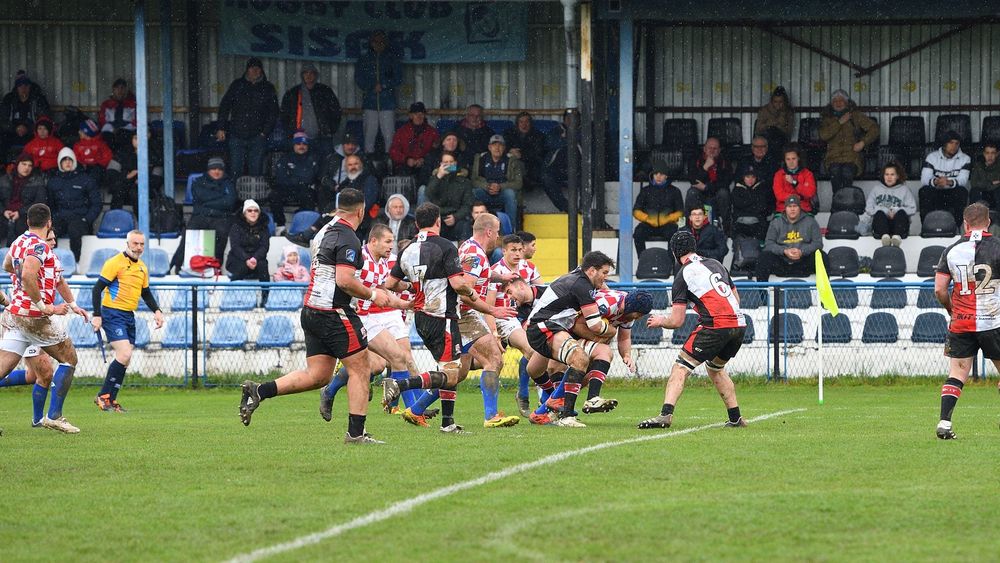 Malta saw more of the ball in the second half and applied more pressure than they did in the opening 40 minutes, but there was no way through Croatia’s resilient defence and the home side would hold on for a deserved win in tough conditions.

Croatia’s coach Anthony Poša was quick to praise his side for showing heart and getting an important win.

“Today’s game we weren’t at our best, we didn’t reach the heights we achieved in the Slovenia and Cyprus games before Christmas. But to achieve our goals it was all about getting the win, and that’s what we did by showing tremendous heart, especially on defence in difficult conditions,” Poša said after the match. Croatia earned four points from the win to cement their place at the top of European Conference 1 division with 14 points. Malta are in second place (10 points), followed by Cyprus and Israel on 5 points.

Croatia will face Israel away in the final round next Saturday. If they take away at least a point from the match they will guarantee promotion to the European Trophy division, which would be the highest level Croatia rugby has been at since the Rugby Europe system started.

“The positive (apart from the win today) is we realise we need to be better next week, and that’s a real healthy sign after winning against a team like Malta. We are all looking forward to travelling to Israel and attempting to make our own piece of history next weekend,” Poša concluded.