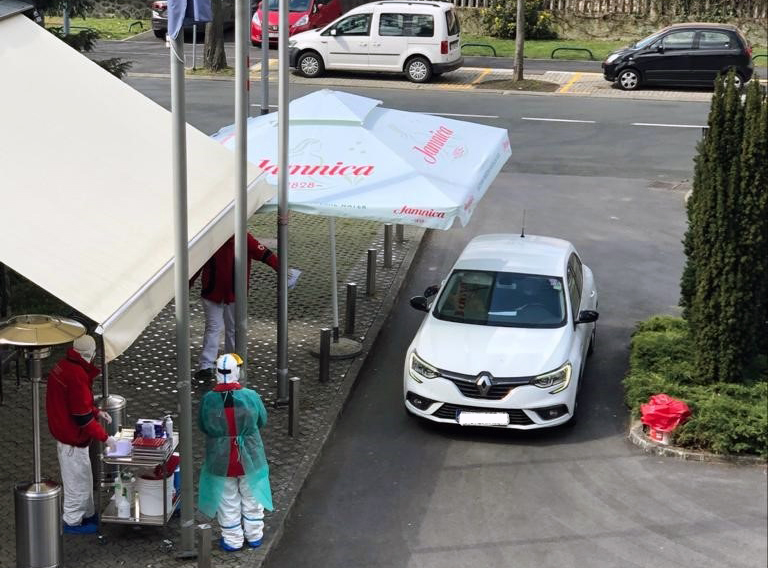 ZAGREB, August 20, 2020 (Hina/CW) – There were 255 new COVID-19 cases reported in Croatia in the last 24 hours, the national crisis management team said on Thursday.

Today’s new cases bring the total number of cases since the start to 7,329.

There are currently 1,689 active cases in Croatia. There have been 5,472 recoveries so far.

There were no new COVID-19-related fatalities reported in the last 24 hours. The current death toll stands at 168.

There are 127 people in hospital and 13 patients currently on a ventilator. There are 5,929 people currently in self-isolation.

Since late February, Croatia has conducted 144,521 tests, including 2,397 in the last 24 hours, which was the most since testing begun.

Croatian Prime Minister Andrej Plenkovic said on Thursday that the current situation regarding the coronavirus pandemic required a cautious approach to protect the national economy and jobs, and he also called for caution in personal contact, notably among young people.

Addressing a government session, Plenkovic said that in the current situation, marked by a global increase in the number of new infections, including in Croatia, “we must continue to be very alert and cautious in order to protect public health, our economy and jobs.”

He noted that it was good that the new infections in Croatia were cases with mild symptoms.

“Only about 120 people are hospitalised and slightly more than ten are on ventilators. That fact is very important. We must bear in mind the difference between those who have been infected and those who have developed the symptoms,” Plenkovic said.

“The new cases lately have been young people and people returning from holidays. That is why I call on all fellow citizens, notably young people, to act responsibly and avoid close contact that can lead to infection,” he said.

The average age of those infected over the past three weeks is under 25, they have mild symptoms and we do not have a large number of people who are hospitalised, said Beros.

There are currently 22 locations throughout Croatia where PCR tests can be conducted and 29 locations for taking swab samples.

“There are currently about 700,000 tourists in Croatia and the increased number of infections was expected. Additional measures that have been introduced will certainly result in a decrease in the number of people infected but at the same time a lot depends on the behaviour of each citizen and tourist, particularly the young who are coming to Croatia for a vacation.”

Beros said that Croatia had registered imports from 14 EU and neighbouring countries – 111 cases and 395 of their contacts.

As far as hotspots are concerned, Beros said that almost one-fifth of the new cases had become infected in night clubs along the coast and that 15% were contacts of the previously identified cases.

In continental parts of Croatia, the largest number of new infections has been reported in Zagreb and Zagreb and Osijek-Baranja counties, and they can mostly be attributed to people returning from vacations and visits to night clubs. These hotspots have been put under control.

The situation is stable in Istria and Primorje-Gorski Kotar counties. Epidemiologists are managing to identify places where the infection is emerging, and restricting the time night clubs are open too will lead to a reduction of the risk of new hotspots emerging.

More and more tourists being tested

The number of infections occurring after wedding parties and the like is contracting while the number of people infected at religious gatherings is minimal, less than one percent, said Beros.

He said that there has been a significant increase in the number of people requesting testing of their own accord, most of these being tourists, and so far 1,266 non-Croatian nationals have been tested.

The minister explained that on 14 August Croatia received the first shipment of 493 doses of the Remdesivir drug after participating in a joint procurement procedure at the EU level. Another two shipments are expected.

Beros explained that a ministry task force had concluded that, where the situation with infrastructure and personnel allowed it, parents could be with their children in hospital, however, visits to hospitals had been restricted throughout the world in an effort to protect patients and medical staff.

Croatia’s health system is absolutely prepared to deal with any potential challenges in the autumn. We have a sufficient number of ventilators and new ones have been ordered through the European Commission, as well as a sufficient number of hospital beds, and the greatest burden is on medical staff, he added.

The minister appealed for responsible behaviour and for everyone to respect epidemiological measures.