Croatian football clubs Dinamo Zagreb, Hajduk, Rijeka and Lokomotiva are undefeated in 12 European matches this season, increasing the nations chances to have 2 clubs in the UEFA Champions League…

Wins for Dinamo Zagreb and Hajduk Split in UEFA Champions League and Europa League qualifying, and draws for Lokomotiva and Rijeka saw Croatian clubs remain undefeated this season in European matches. The results mean that Croatia is collecting valuable points, improving its coefficients rankings and pushing for two sides in the lucratice UEFA Champions League.

Croatia has climbed up the rankings this season thanks to the four club’s impressive start in Europe and currently are in 15th spot. If the rankings were to stay as they are then Croatia would go from one to two clubs in UEFA Champions League qualifying. 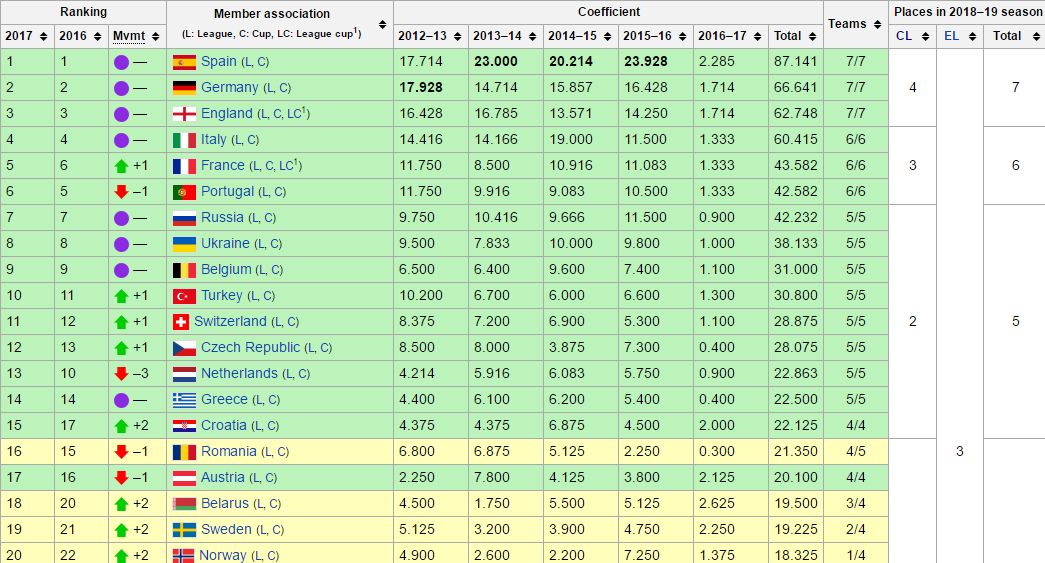 If Dinamo Zagreb, Hajduk, Rijeka and Lokomotiva continue their current good form and produce more good results then Croatia could have 2 clubs in UEFA Champions League qualifying and 3 further clubs in Europa league qualifying in the 2018/19 season – which is half of the nation’s 10-team league.

The coefficient is calculated by working out an average score: dividing the number of points obtained, by the total number of clubs representing an association in that season’s two club competitions. The resulting figure is then tallied with the results of the previous four seasons to calculate the coefficient. Where two associations have the same coefficient, the association with the higher coefficient in the most recent season is placed first.