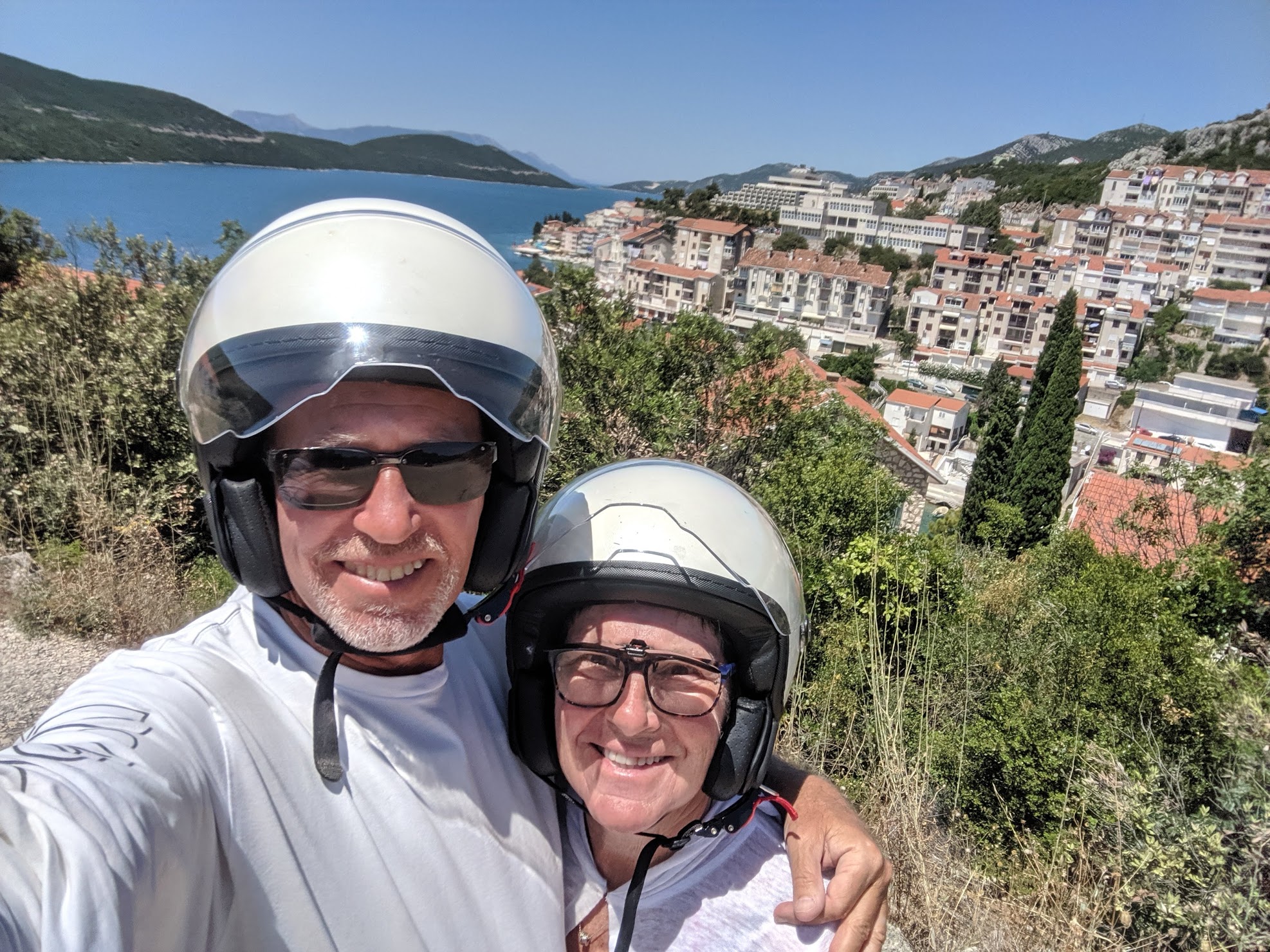 In my eight weeks stay here in Croatia I reached many conclusions and one of them is that this country just begs to be explored on two wheels!

Of course scooters rule here, as they do in most of Europe, but outside the major cities (and there are really just a few here), that’s where the natural beauty of this nation shines. Of course with over 1000 islands off the coast everyone says the same thing about exploring the ocean, and I absolutely agree. Later this summer we’ll be doing a one-week tour of the waters and can share that later. But back to the geography of this country.

We were based in Kastel Kambelovac, just north of Split for six weeks. We rented a bike and went to Krka Falls via coast and rather than taking the direct way up highway 58, we stayed along the coast until Sibenik and then headed inland. That ride from Trogir to Rogoznika and on to Primosten is beyond spectacular. Another day I went up to Zadar and though I was impressed with the city, the ride once I left Sibenik was uneventful. 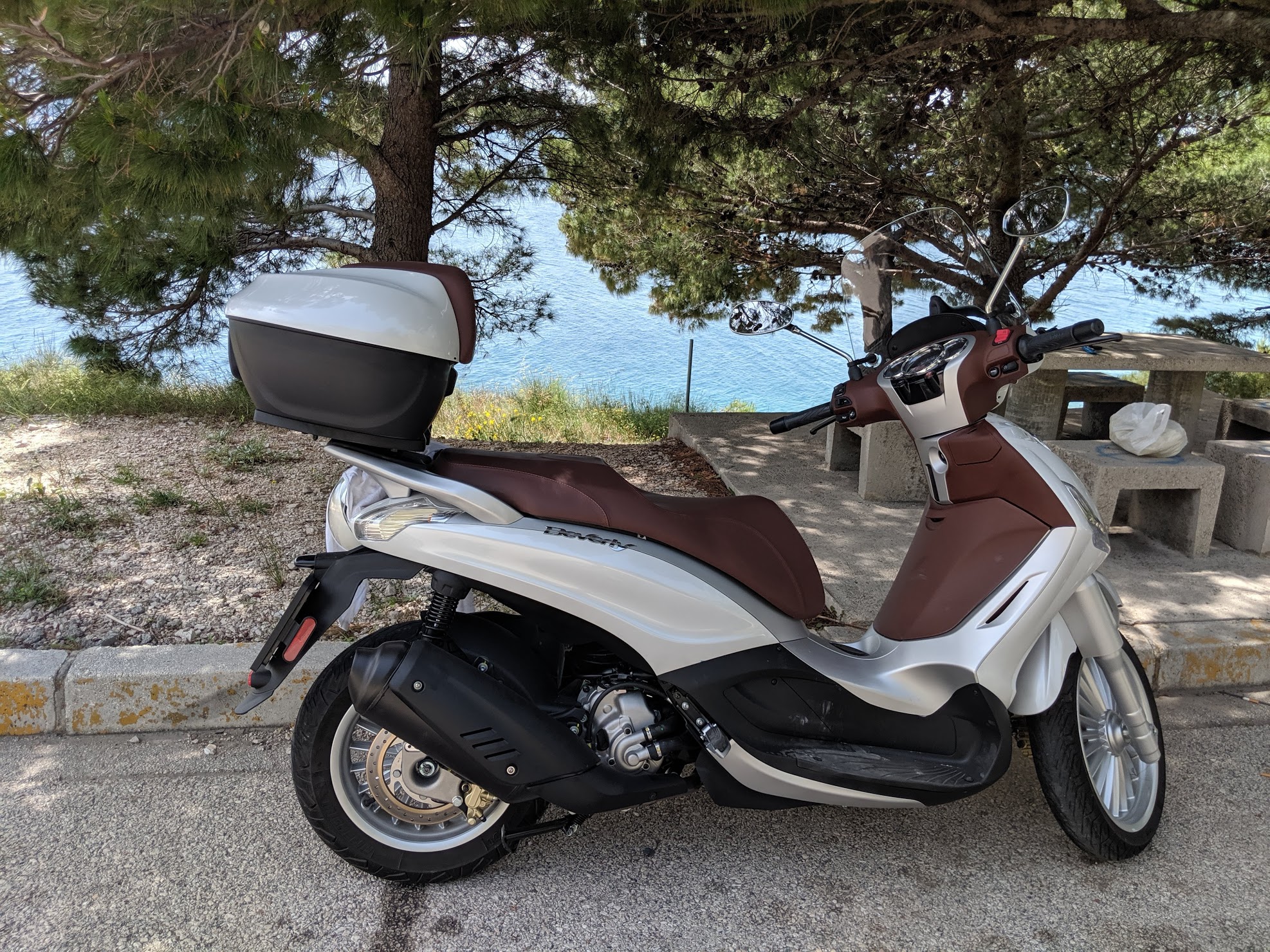 With the bike not only do you get to experience the wonderful smells of the water and the foliage, but you are also immersed in the spirit of the country.

Heading the other direction on another day we went as far south as Makarska and even though the two compass points are totally different, they each have their unique beauty. Spiraling peaks just a mile away? Or a coastline that just invites you to stop and plunge in? The choice is yours. 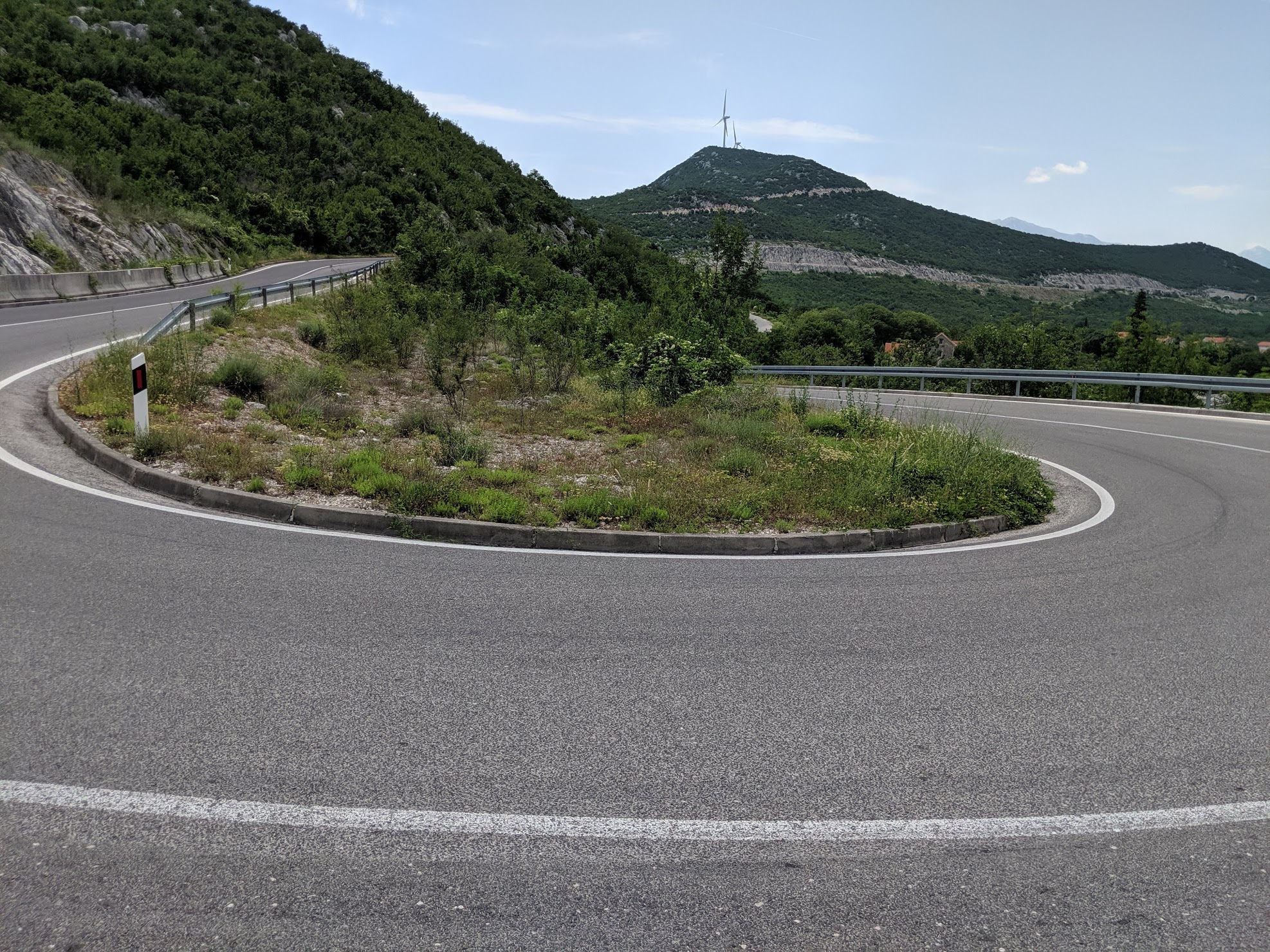 In the past few years I have rented bikes in Spain, Italy and France, and Croatia, though under the radar, can compete on natural beauty with the other more well-known destinations.

One afternoon I went back to Omis, with the huge block walls right against my face, and explored inland through the amazing tunnel into Gata and eventually went as far as Blato Na Centini. The irony was that I thought I was in the middle of nowhere until I passed the E65 junction and found out that civilization was just minutes away. 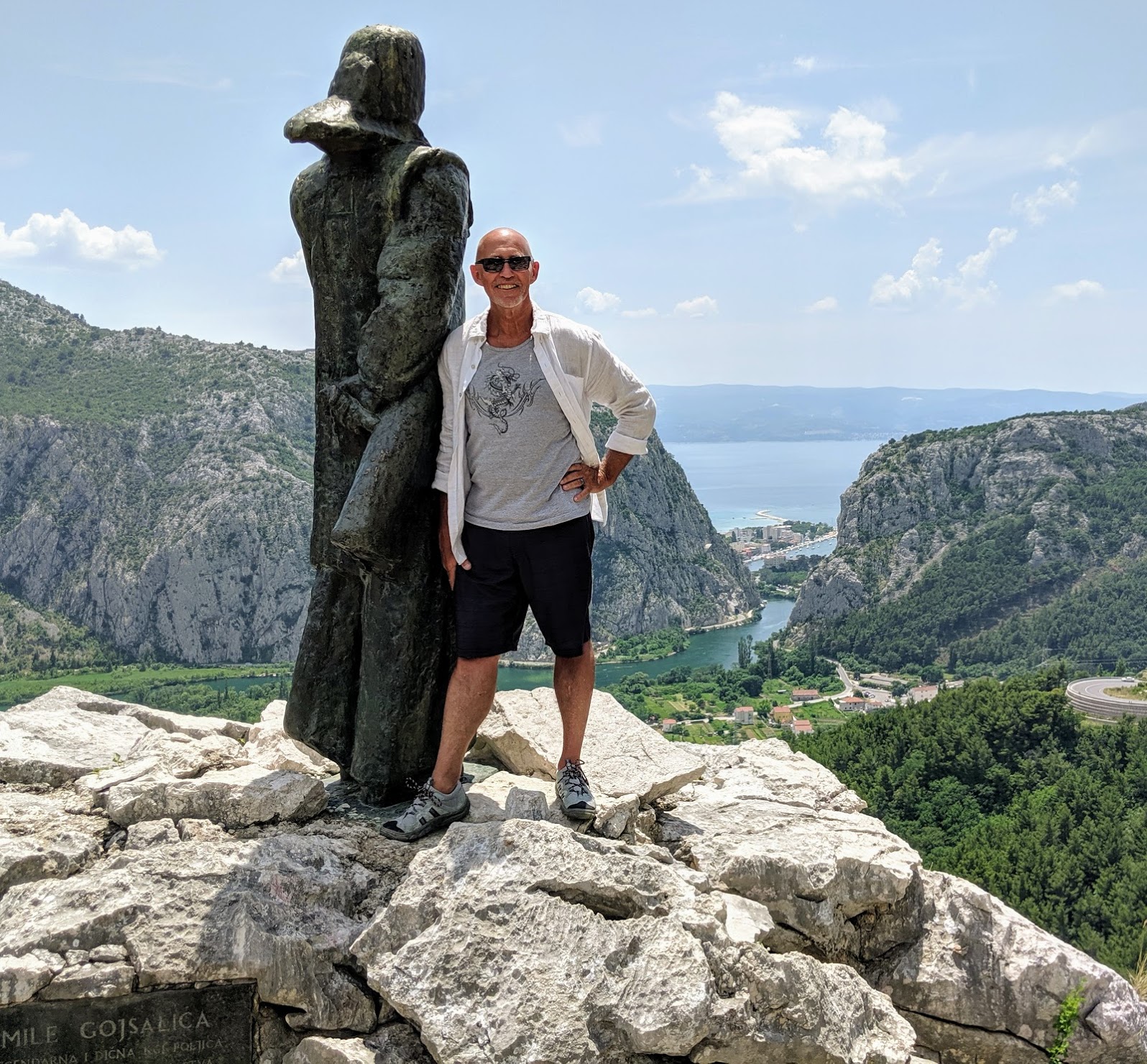 The final route for our Croatia bike tour (for now) was the 200 km ride to Dubrovnik.

We read up on all the details about the Neum, B&H, border crossing, and were prepared for an inconvenience and time delay. Fortunately that was not the case as our brief 10-minute delay was effortless both entering the country and returning back to Croatia 12 km later.

Even though highway #8 along the coast is a slower way to go I highly recommend it and you can stay on the coast until Dubrovnik. 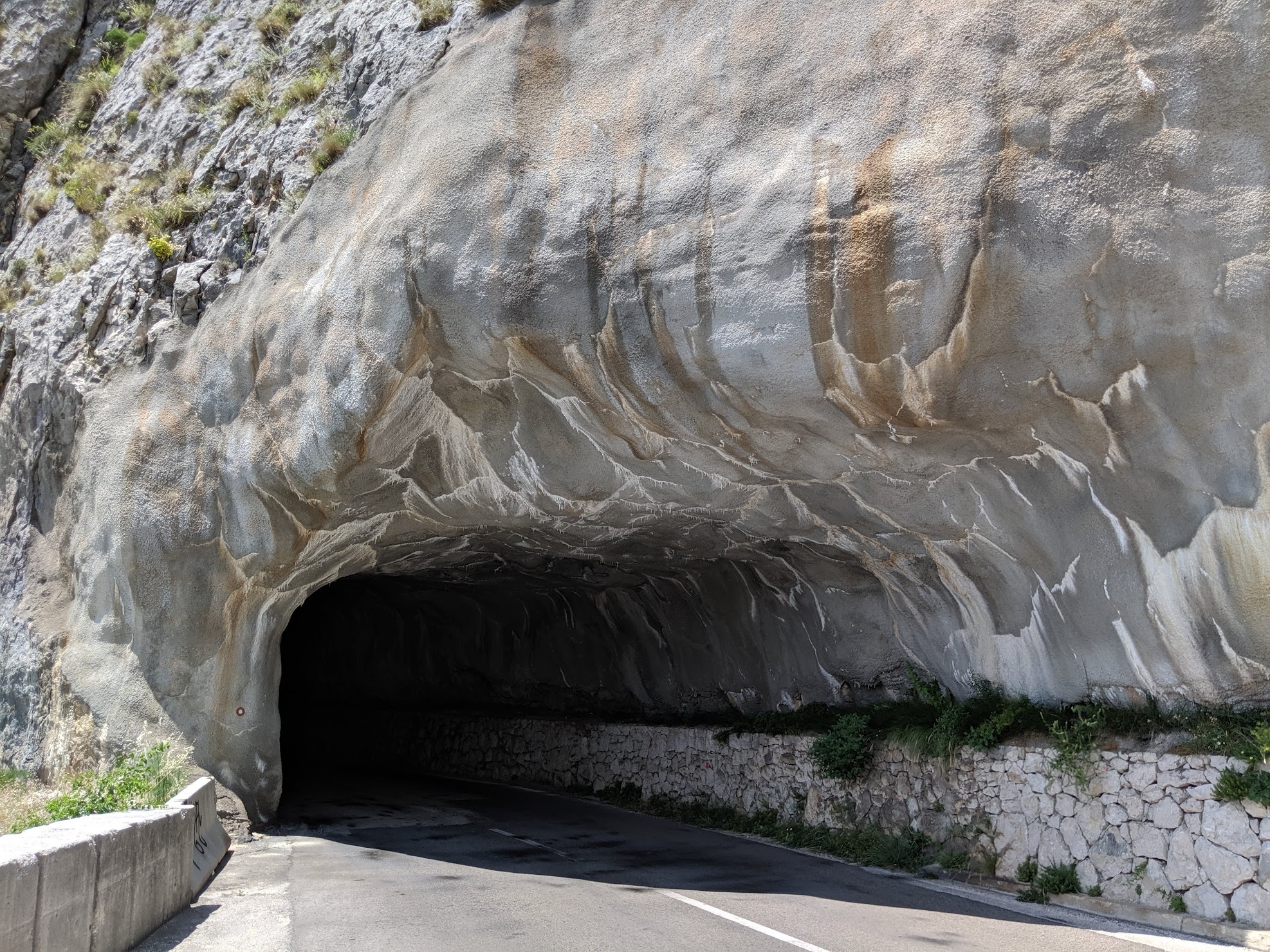 Most of you reading this have probably spent time in Dubrovnik, and if you have not, it is probably on your radar. Keep it there and GO!

Like many towns that are carved out of history and majesty, Dubrovnik is in a class by itself. The impressive walls and turrets plus water all around put the city way at the top. Without trying we found ourselves just outside the gate and realized that the water was just a short jump away, so we did. How often do you get to visit such a historic town and jump into the Adriatic surrounding it. But back to the bikes.

Dubrovnik is known as the city where it is difficult to park, but scooters rule here too and finding a spot was never an issue. Bumper to bumper traffic? Not a problem! Like in most of the country, passing is an easy solution and never gets in the way. 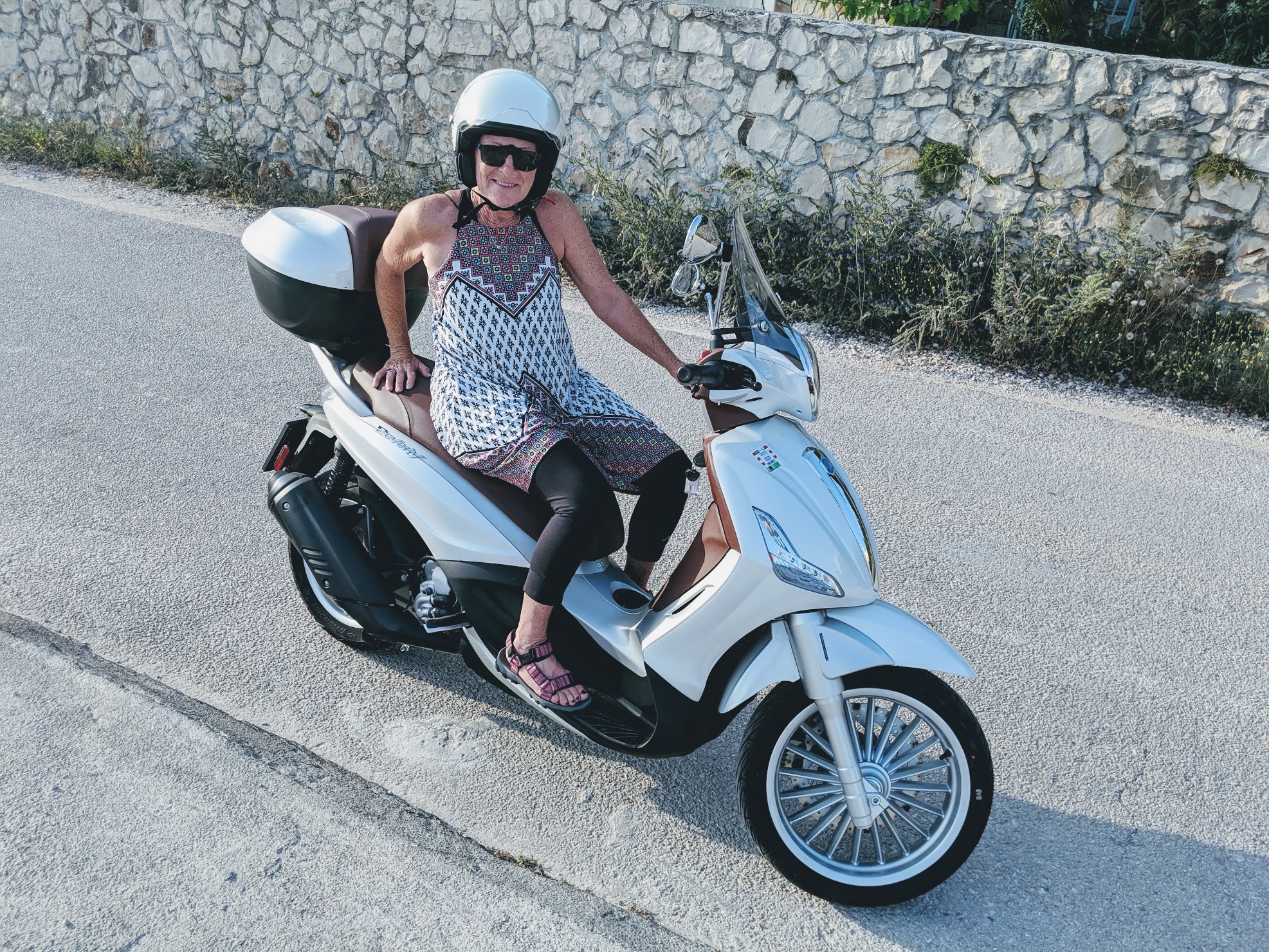 On the return trip we once again stopped at the magnificent view spot at Vrula Beach to peruse the coastline. And that is one of the best features of a bike. You can stop anywhere, make U-turns at ease, and go down roads that seem to go nowhere and find adventure along the way. And you don’t need to spend a lot of money on gasoline. 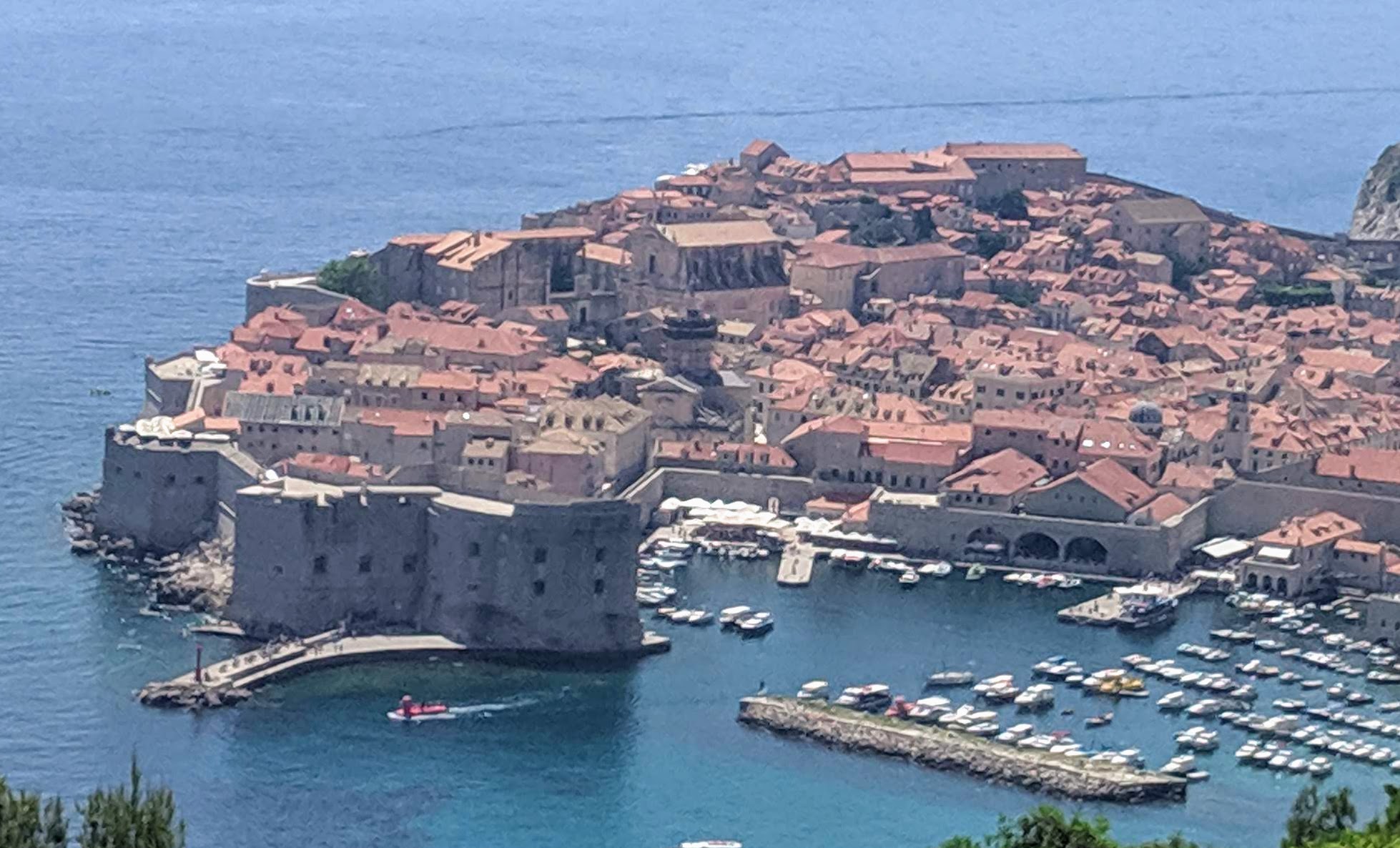 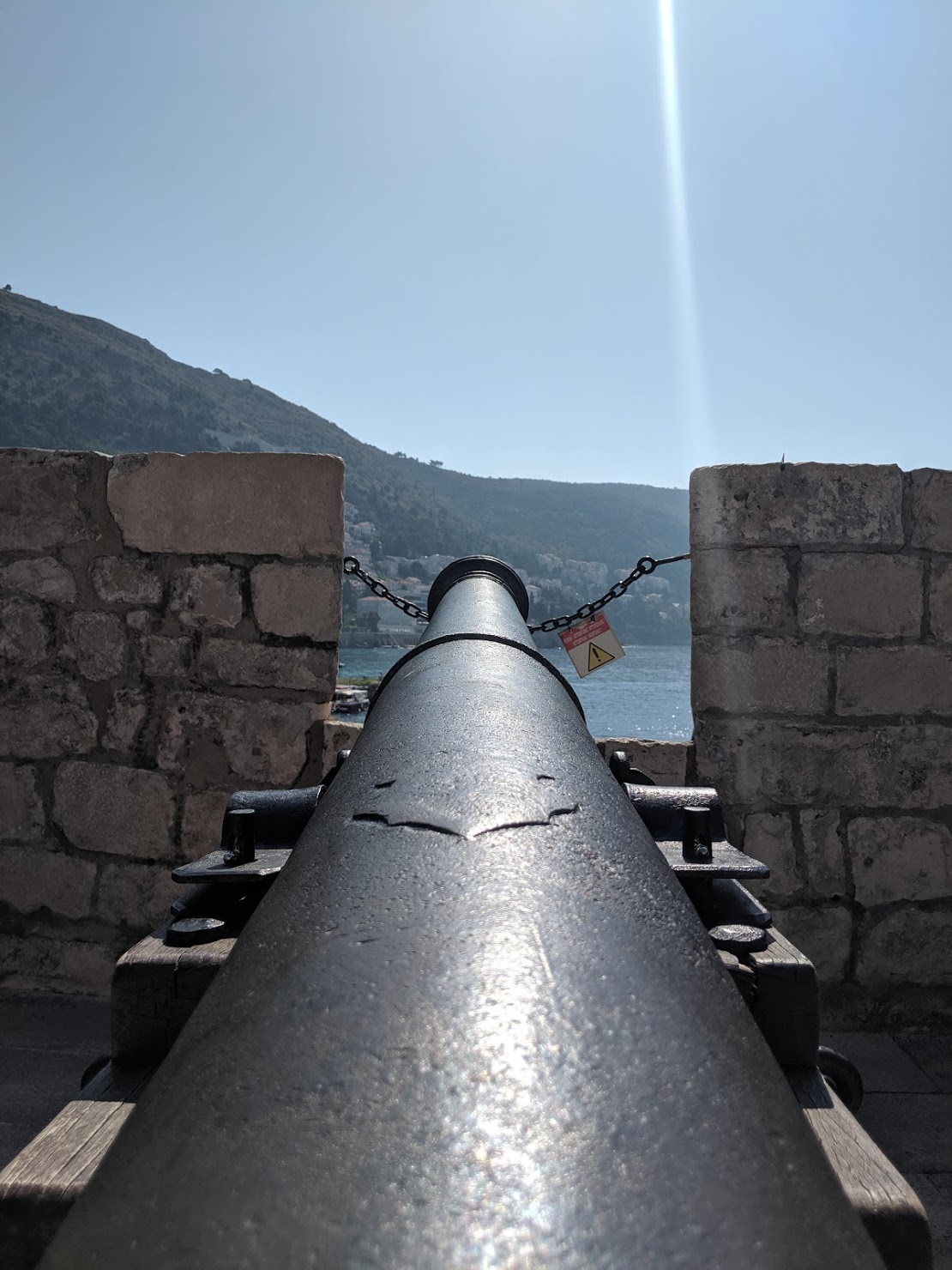 I want to give high praise to Zel Rental in Okrug Gornji just outside the city of Trogir. They have a wonderful selection of motorcycles, scooters and even cars and are amazing to work with. Dragan, the owner, picked us up at the bus station in Trogir and took us back twice, each time with a smile and a pleasant handshake. We rented bikes from them three separate times and each time was treated as a friend returning. That is rare in the rental market.

If you are visiting from out of the country, I advise you get a motorcycle license from your own country. Without that document you are restricted to 50 cc, which is fine for around town, but not if you want to explore. There is usually unlimited mileage and entering neighboring countries is also an option, but be sure you let the rental agency know since you need a special permit to do so.

Norm Bour is a travel writer and blogger who teaches others how to “travel younger.” A Baby Boomer who permanently left the US in February 2019, Norm stays at different locations six weeks at a time, with no intention of stopping. He never traveled outside the US until 2016, but watched how the Millennials traveled affordably and with a great sense of adventure and fun.