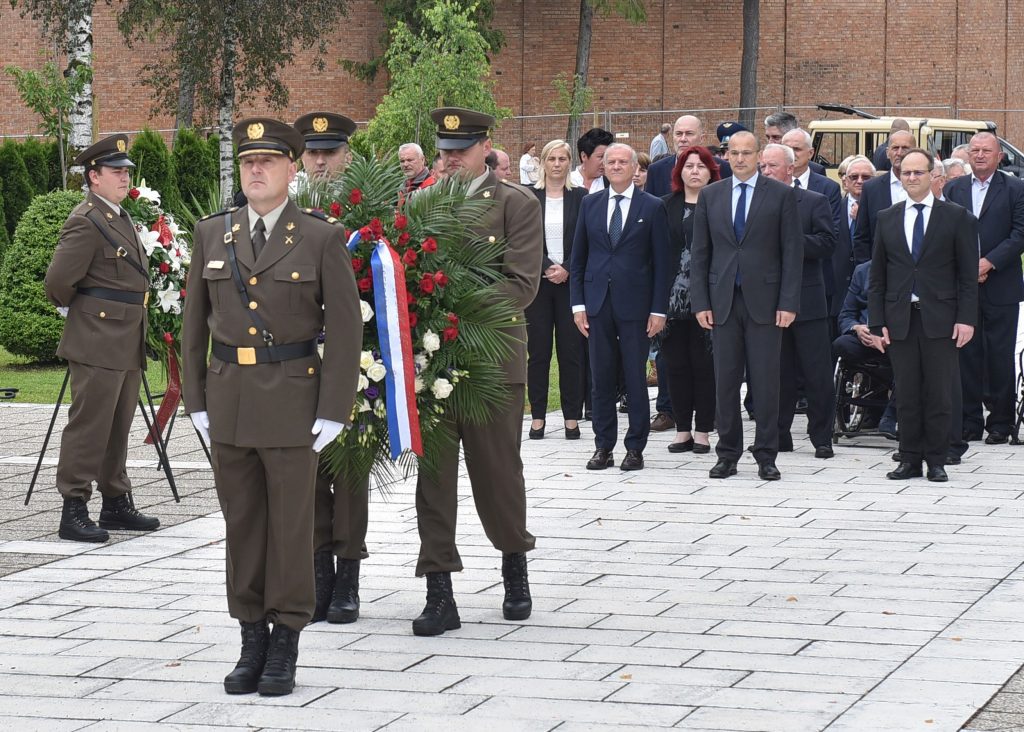 ZAGREB, June 22 (Hina) – Croatia observes Antifascist Struggle Day on June 22 in memory of the formation of the first armed antifascist unit in Croatia and occupied Europe in World War Two – the 1st Sisak Partisan Detachment – formed in Brezovica Forest near Sisak on 22 June 1941.

Of the 77 fighters who formed the first Partisan unit, 38 survived the war. Most of them were from the wider area of Sisak and were mainly members of the Communist Party. They set up the unit on 22 June 1941 when Nazi Germany attacked the Soviet Union despite the previously signed Molotov–Ribbentrop non-aggression pact.

Three distinguished members of the Sisak Partisan Detachment were its commanders Vlado Janjic-Capo and Marijan Cvetkovic, as well as Janko Bobetko, who was later a general of the Croatian Army during the 1991-1995 Homeland War.

An estimated 500,000 Croatians participated in the antifascist resistance movement during the Second World War, including 230,000 armed fighters.

After it gained independence from the Socialist Federal Republic of Yugoslavia, Croatia started observing Antifascist Struggle Day on 22 June as a public holiday.

The main commemoration is organised by the Croatian Alliance of Antifascist Fighters and Antifascists and the Sisak city authorities in Brezovica Forest every year.

On the occasion of the Day of the Antifascist Struggle, Parliament Speaker Gordan Jandrokovic underscored that Croatia made a big contribution to the resistance and fight against fascism in the then occupied Europe.

In his message on the occasion of this public holiday, Jandrokovic noted that Antifascist Struggle Day is observed in memory of the establishment of the First Sisak Partisan unit on 22 June 1941.

“With the establishment of the first armed antifascist unit in the Second World War, Croatia made a big contribution to the resistance and fight against fascism in the then occupied Europe,” Jandrokovic underlined.

He noted that a broad spectrum of Croatian society participated in the fight against cruel fascist and Nazi ideology and in defence of their homes from occupation “and not just members of the communist movement as the past state presented.

“The anti-fascism we recall today belongs to the Croatian people who knew how to defend themselves against foreign occupying forces  and their crimes.”

After World War II, he noted, instead of freedom and democracy the Croatian people were faced with another totalitarian system.

“Communist crimes that occurred must not cast a shadow on the success of Croatia’s antifascist movement, which was more numerous than in many other European countries,” said Jandrokovic.

Antifascism, he added, remains to be a value that the Republic of Croatia advocates and that was confirmed in the fundamental pillars of the Constitution and the Declaration on anti-Fascism in the Croatian Sabor.

“The present-day Republic of Croatia that won its freedom in the Homeland War, is committed to fundamental democratic values – peace, freedom, democracy, rule of law, respect of human dignity, protection of human rights, non-discrimination, tolerance and rejection of any form of extremism and totalitarianism,” Jandrokovic concluded.

President Zoran Milanovic said in his congratulatory note on Monday on the occasion of the national Antifascist Struggle Day that present-day Croatia would not have existed without the WWII antifascist resistance movement in the country.

The Croatian president writes in his message posted on his Facebook account that “Antifascist Struggle Day revives memories of “the unique uprising in 1941, the uprising of our people, who were ready to say ‘no’, before all others in the then Europe occupied and destroyed by Fascists and Nazis.”

He underscored that the participants in the first unit, set up in Brezovica Forest, enabled their followers in the months and years to come, to grow into the Croatian people’s antifascist army.

“It was an army that fought for freedom, an army that ended the war on the right side, that is on the victorious side, which was important for the survival of the Croatian state,” Milanovic writes.

“The good defeated the evil then, we chose a difficult path, but, let me repeat, we chose the right side as we did many times before and after that,” the president said in his message.

This is our Croatian history about which our children should know. We can discuss that, but we cannot negate or deny that, he added.

Present-day Croatia is a democracy and the country of the Croatian nation that respects all its citizens regardless of which minority they belong to, this is a state defended during the Homeland War, he added.