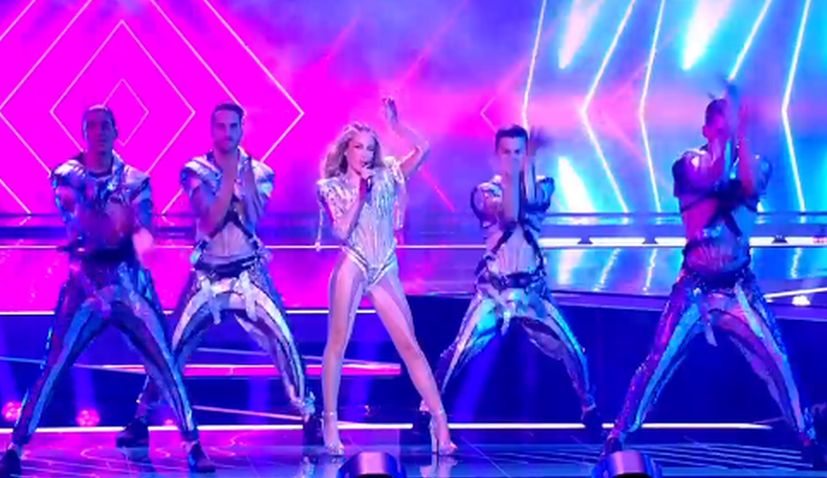 Albina performs in the semifinal (Screenshot/HRT)

Croatia’s Albina Grčić has missed out on the Grand Final of the 65th Eurovision Song Contest after performing in the first semi-final on Tuesday night in Rotterdam.

Albina was 10th on stage and failed to impress the judges and viewers with her song Tick-Tock. With four male backing singers, the 22-year-old from Split wore a minimalist outfit on stage consisting of four silver sequins and some power shoulders.

10 countries out of the 16 who performed tonight moved onto the Grand Final.

Croatia has now participated in the Eurovision Song Contest 26 times since making its debut in 1993. The best result in was fourth-place finishes in 1996 (Maja Blagdan) and 1999 (Doris Dragović). 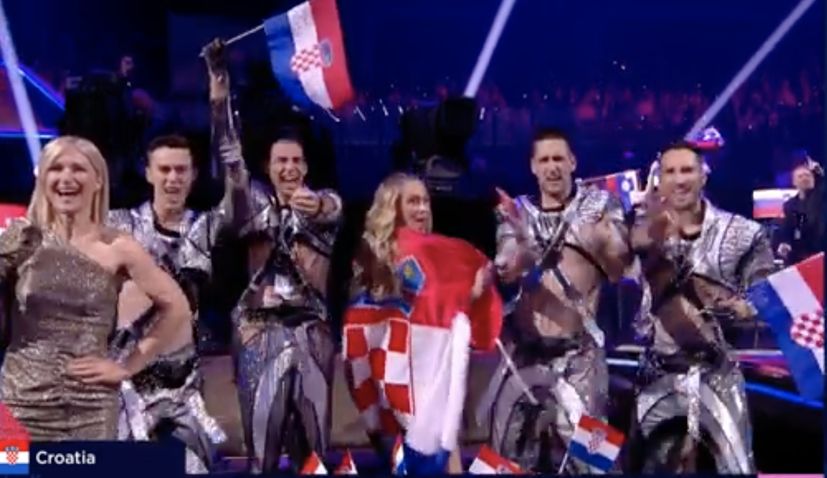 Albina was first introduced to the Croatian public when she appeared as a contestant on The Voice show where she was one of the favourites.

One of her performances on The Voice, a duet of Billy Eilish’s Lovely with Filip Rudan, has had over 37 million views on YouTube.

Albina is a student of English language and literature and history at the Faculty of Philosophy in her native Split.

Albina played the piano for six years at music school, and as an eight-year-old she joined “Music Talents”, a music-educational project for children, youth and adults. That’s how she fell in love with the scene, and that love hasn’t left her.

Video below – Croatia is 10th on stage: