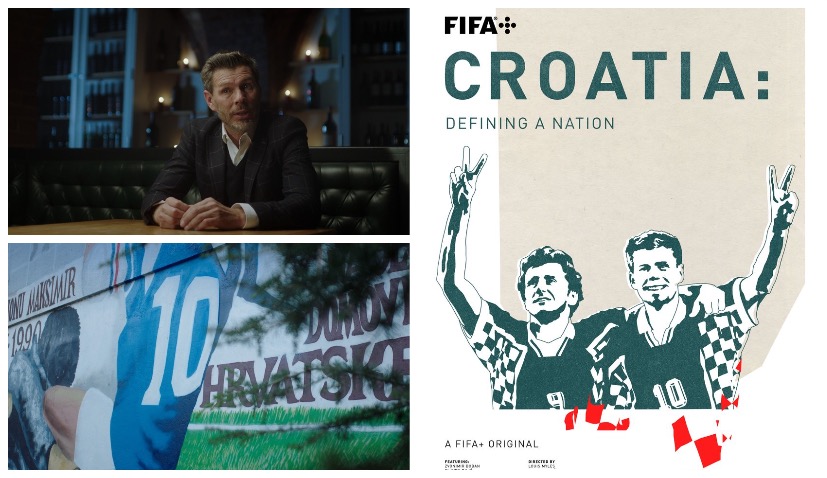 The feature-length documentary Croatia: Defining A Nation has is now available on the FIFA+ streaming platform.

The film, available to watch from today, is an intimate portrayal of how the power of football helped unite a nation during the extreme adversity of Croatia’s fight for political independence during the 1990s.

It follows the path of Croatia off the pitch, but also a group of players whose lives were intertwined with the birth of the nation through the great success they achieved.

Speaking on the film, Louis Myles said: “Telling this story was so important and the journey in making it alongside the FIFA+ team has been incredible. It is a tale rich and deep in adversity, but one also full of hope and optimism. I hope the world gets to experience it and learn how the heroics of a small group of brave individuals created a blueprint for all that followed them.”

“We are honoured that FIFA has chosen this topic as interesting and significant for its new program, FIFA+, and I thank everyone who participated in the production of the film, including our football legends who gave a key contribution to the film’s quality. I am glad that a lot of younger national team players, who cannot remember the 1990s, could see the importance of our national football team in creating a national identity in that period. In that difficult time, and especially in 1998, Vatreni not only introduced the whole world to Croatia, but also gave us exceptional encouragement, inspiration and the self-confidence that our little Croatia can be very big, world-successful and recognisable.”

Croatia: Defining A Nation is available across all web and mobile devices on the FIFA+ platform. It is available in five language editions (English, Spanish, French, German and Portuguese) and also has Croatian subtitles.