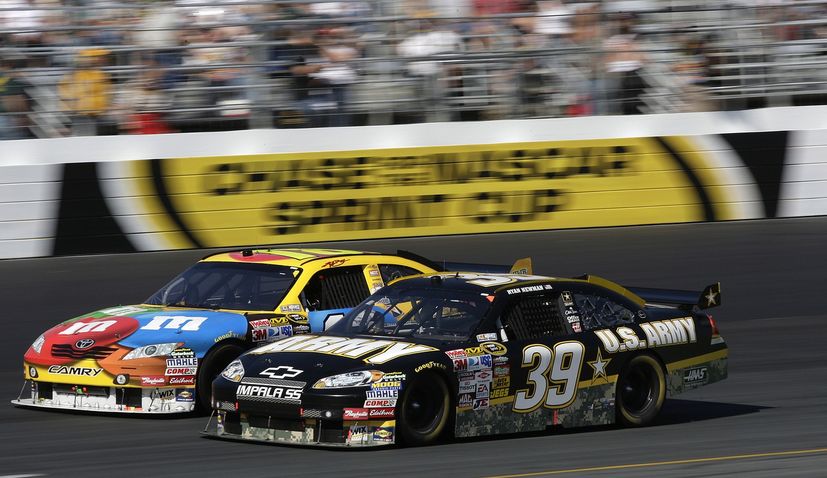 In mid-November, Croatia hosted the prestigious European automotive series of NASCAR races for the first time, and Automotodrom Grobnik in Rijeka passed the test with flying colours.

The organisation at Automotodrom Grobnik exceeded all expectations, evidenced by the fact that only five days after the NASCAR GP race, it was officially confirmed that Nascar will return to Grobnik next year as well, and Croatia has been included in the official race calendar for 2021, Fiuman.hr reports.

“We are very happy with the agreement reached on long-term cooperation with Automotodrom Grobnik. We found a fantastic place for NASCAR GP. It is located by the sea, on the beautiful Croatian “Riviera”, the trail is very beautiful and the drivers were very happy with it. We found very motivated, dedicated partners in the employees of Automotodrom Grobnik. There is great interest in NASCAR races in the area and everyone has worked great together to organise the first NASCAR race there. The southeastern part of Europe is a new area for us that we are just discovering and we have definitely found a new home in Croatia for EuroNASCAR. Also, we want to work with local federations and other partners to develop drivers from the region, there are many talents we just need to discover. This is a very positive step for the future, ” NWES President CEO Jerome Galpin said.

A member of the Management Board of Automotodrom Grobnik believes that for him personally, this is probably the most important moment for the Grobnik track since the laying of the new asphalt in 2018.

The fact that we received the Nascar Euro Series for the next three years plus two years is proof that the investment in and around the track was recognised, said the member of the Management Board of Automotodrom Grobnik Robert Žiković, before adding.

“We believe that this is the beginning of a new era for Grobnik and our region. I hope that in the second year the pandemic will not force us to close the facility to the public again, because the interest of the audience exists. This event, except from the point of view of sports, can make a significant contribution to the development of Croatian motoring and tourism. With the exceptional support of the Croatian Auto and Karting Association and its president Davorin Štetner, we will organise an even better race, with the hope that more Croatian drivers will apply in the coming years. In cooperation with HAKS, in recent years we have been working on profiling as many drivers as possible to drive the circuit. We believe that even through the race of this rank, some more domestic drivers could be profiled. The year 2021 will be challenging, but we are looking forward to it because a real spectacle awaits us in September.”

“I am proud that this great competition is returning to Croatia and I believe it will be in front of the spectators. This is the result of exceptional cooperation between Automotodrom Grobnik, the Croatian Auto and Karting Association and other participants. I thank the team of Automotodrom Grobnik led by Robert Žiković, the president of NASCAR Jerome Galpin and everyone involved in this spectacle. Unfortunately, we could not choose the date and Nascar coincides with the date of the Buzet Days, the race of the European Championship on mountain trails. However, this means that this weekend we will have a motoring holiday in Croatia with two spectacular events,” said the President of the Croatian Auto and Karting Association Davorin Štetner.

NASCAR in Europe can be compared to Formula 1. Thus, in 2021, Croatia will host two major spectacles, the World Rally Championship – WRC and NASCAR Whelen Euro Series.