Celebrations on Sunday are being held to commemorate the military victory on 5 August 1995, known as Operation Storm, when the Croatian army took over a self-proclaimed Serb entity in Croatia. Thousands will gather today in the town of Knin where the focus the celebrations will be.

On Saturday evening in Knin, Croatian president Kolinda Grabar-Kitarović presented Croatian Generals Mladen Markac and Ante Gotovina with the Grand Order of King Petar Krešimir IV for their outstanding contribution to the independence and integrity of the Republic of Croatia. “This recognition is also a recognition for your special contribution and the personal sacrifice you made defending and fighting for the truth of the Homeland War at the International Criminal Tribunal in The Hague,” said the Croatian President.

“By giving you this distinction, I particularly want to highlight all your subordinates whom you have commanded in the Homeland War and with whom you fought for Croatian victories, especially those who have incorporated the foundations of freedom and independence of the modern Republic of Croatia into their lives.” 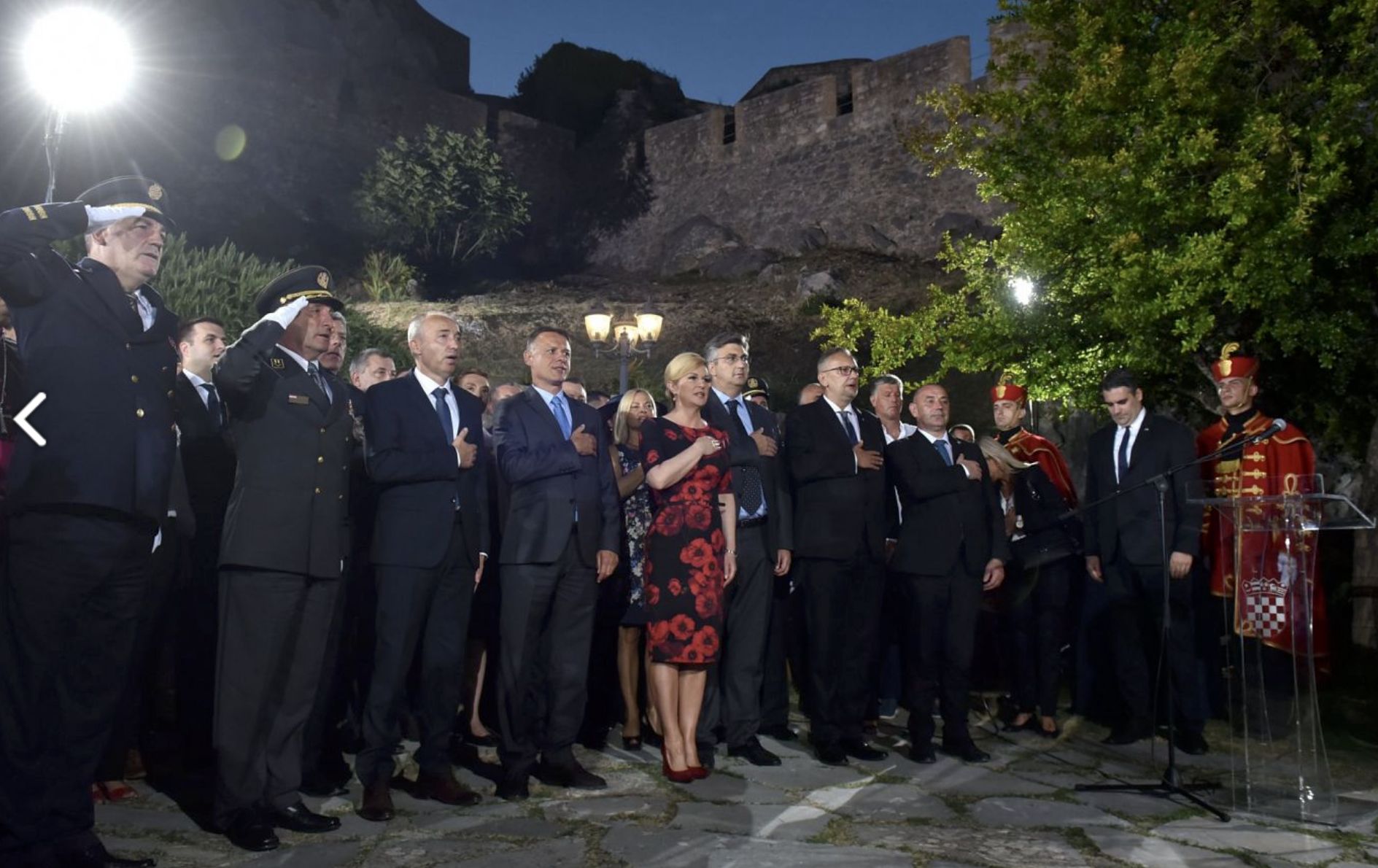 “This is was we are calling for today as well, and we focus our efforts on the wish that all States that were involved in the war in the 1990s accept a prospect of communion facilitated by the European Union. However, having learned our lessons from historical experiences, we will continue to build and improve all components of Homeland security, in particular, the Croatian Army. We owe this to our defenders, who did not fight only for the liberation of the Homeland, but to have a strong State that will guarantee peace and security to its citizens, as a guarantee of economic progress and a better life of all the citizens”, the President underlined. In addressing generals Markač and Gotovina and other guests at the reception, President Grabar-Kitarović said that “on this day twenty-three years ago, the Military-Police Operation Storm was launched, ending a lengthy historical period of our fight for freedom and an independent State”.

“And therefore, while we proudly celebrate our honourable past, our duty is to look to the future. If we can and should learn from history how to value our national virtues and characteristics that made us triumphant”, the President underlined, saying that these virtues and characteristics should be used in building a socially just, legally structured and economically progressive State, “that will make us as proud as its creation, defense, liberation and symbols, that we wear proudly and promote throughout the world.”