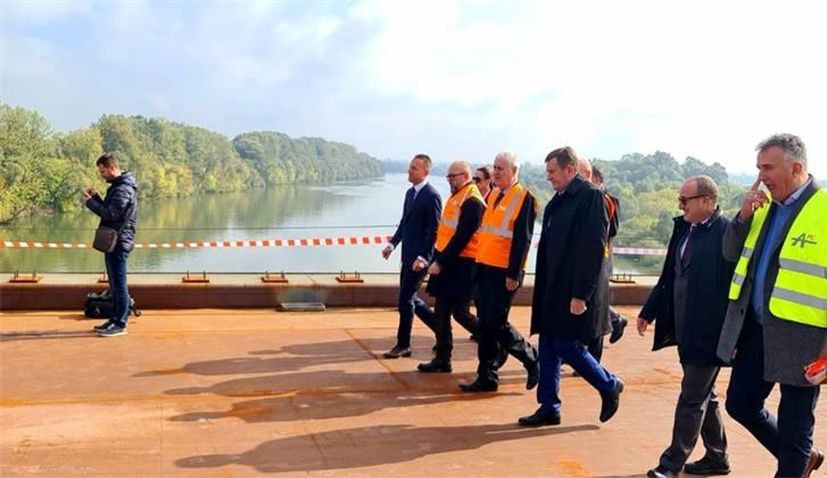 ZAGREB, 16 October 2021 (Hina) – A 463-metre-long bridge across the River Sava connecting Croatia and Bosnia in the town of Gradiška was fully joined together on Friday, and this project is worth €21.3 million, Croatia’s transport and infrastructure ministry reported.

The costs are equally shared by the two countries. Bosnia and Herzegovina has absorbed funds from the UMTS scheme and grants provided by the World Bank, while Croatia has set aside its own budgetary funds as well as grants from the European Union for this purpose.

The bridge will connect the two countries’ motorway networks and speed up the flow of traffic at the busy border crossing at Gradiška, the shortest road route from Zagreb to Banja Luka and on to Sarajevo. On the Croatian bank of the River Sava, Croatia will build an expressway running via the towns of Virovitica and Okučani to the Croatian-Hungarian border. The construction of access roads and the establishment of state-of-the-art border crossing facilities at Gradiška will be the next stage and the completion of the whole project is expected in late 2023.

The two countries’ officials and representatives of the European Union, who attended today’s ceremony, welcomed the progress in this project.

The EU has promised its help for the continuation of the project.