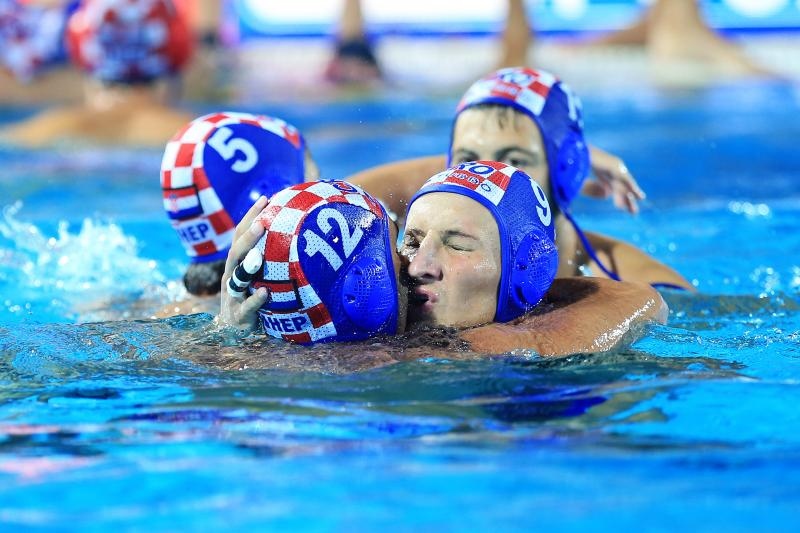 Croatia has beaten Hungary in Budapest tonight to be crowned the new world water polo champions.

Croatia, led by coach Ivica Tucak, have reclaimed the world title they last won in 2007 with a 9:6 victory over the hosts Hungary in the final of the 2017 FINA World Water Polo Championship on Saturday night.

Croatia rocketed out to a 4:0 lead after the first quarter before Hungary finally managed to get on the board in the second quarter. The sides went into the half with Croatia leading 4:2, before Hungary leveled the scores with 3 minutes remaining in the third quarter.

Croatia extended it lead towards the end of the quarter to go into the last 6:4 up, and managed to hold on to the lead to claim its second world championship.

“We are still not aware what we have achieved,” said Croatia’s star player Sandro Sukno after the match, whilst Tucak was happy with how his side handled the pressure of the final.

“We had all of Croatia behind us and we said we came for gold and it happened. We were cool and collected out there tonight,” he said.

Croatia was unbeaten all tournament, topping Group D with wins over USA, Russia, and Japan. In the quarterfinal, Croatia was too for Italy and in the semi final they managed to beat reigning world champions Serbia 12:11.