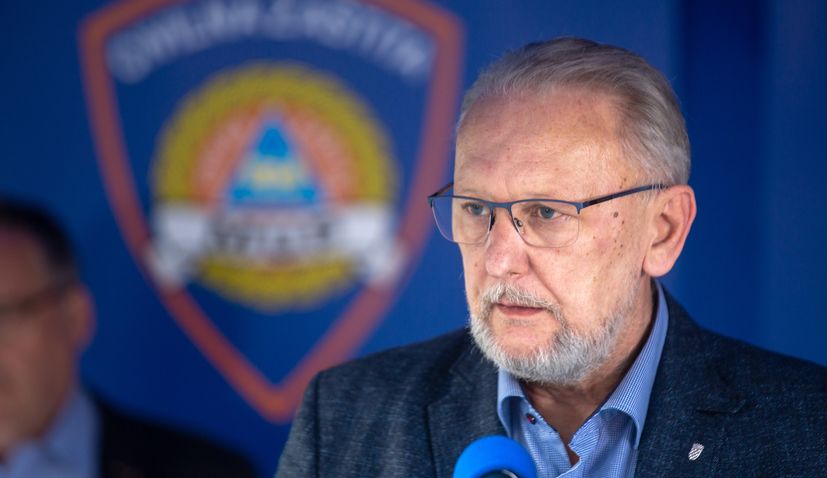 ZAGREB, 20 November 2020 – Croatia’s National Civil Protection Headquarters presented the latest data on the coronavirus situation in Croatia on Friday and announced new measures that will take effect this weekend.

In the last 24 hours, there were 2,958 new cases in Croatia, which brings the total number of cases to 18,193. There were 8,320 tests conducted yesterday, with about 18 percent of them positive. There are currently 1,990 people in hospitals, with 217 on a respirator. 2,522 people recovered yesterday and there were 57 related deaths.

Croatian Public Health Institute director Krunoslav Capak said the 14-day incidence rate is 837.7, which puts Croatia in 22nd place in the European Union. The highest incidence is in Varaždin and Međimurje counties, where it is twice as high as the Croatian average, with Istria the lowest.

New measures, which will take effect at midnight on Saturday, were announced by Interior Minister Davor Božinović and are:

The measures will be in effect from 22 November until 15 December.

The headquarters also passed a decision introducing stricter measures for Varaždin and Osijek-Baranja counties and Daruvar.

In Varaždin, all public events and outdoor gatherings attended by more than 20 people are prohibited, all indoor gatherings are banned, all catering facilities are banned, exhibitions, fairs, sports competitions, and the use of sports fields are suspended. The decisions take effect today and are valid until December 4th.

“We have been saying for the past ten days or so that unless we see a decline this week, and we obviously haven’t, the response team will consider new measures. These measures have been agreed today,” Božinović said.