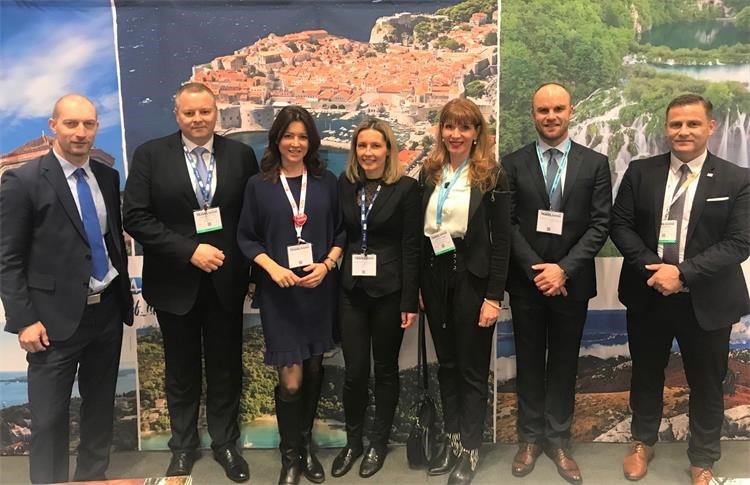 NEW YORK, 27 January 2020 – Croatia was among the most sought-after destinations at the New York Times Travel Show which ended in New York on Sunday.

The Croatian National Tourist Board (HTZ) director, Kristjan Stanicic, was in New York, along with representatives of the tourist boards of Zagreb City, and the counties of Dubrovnik-Neretva, Split-Dalmatia, Zadar and Lika-Senj who all presented their tourist offers.

“The presentation of the Croatian tourism offer at the New York Times Travel Show is of strategic importance, especially if we know that the US market for Croatia is one of the most important far-reaching markets from which we generate the largest tourist traffic. The continuation of American Airlines flights from Philadelphia to Dubrovnik will further boost US tourist traffic this year, and the ultimate goal we are intensively working on is stronger US-Croatia air connectivity,” said Stanicic, adding that last year over 655 thousand arrivals and more than 1.8 million overnight stays were created by American tourists, which represents an annual increase of 12 percent.

During his stay in New York, Stanicic met with representatives of the Travel Show Marketing Group, a company that specialises in independent event organisation, and brings together tourist entities, buyers and sellers in forums they organise around the world. The topic of the meeting was related to the possibility of Croatia hosting the Travel Agent Forum in 2021 when it is estimated that the forum would bring together 90 European suppliers and travel partners and about 150 US travel agencies, HTZ reported.

“This year’s appearance at the New York Times Travel Show confirmed Croatia’s popularity as a leading growing destination for Americans and announced another successful year with double-digit growth in arrivals and overnight stays from the United States. Croatia is truly one of the most sought-after tourist destinations, supported by market research and booking announcements by major travel associations such as USTOA, Virtuoso, Signature Travel Network, and Travel Leaders Group, as well as numerous articles in leading US media such as The New York Times, Los Angeles Times, National Geographic, Financial Times, Conde Nast Traveler, Travel + Leisure, USA Today,” said Ina Rodin, Director of the New York Croatian National Tourist Board Representative Office.

Americans in Croatia especially love visits to natural and cultural attractions with a focus on UNESCO sites, nautical tourism, active holidays, and especially visits to locations where the famous HBO series Game of Thrones was filmed, as well as one-of-a-kind gastronomic experiences. Most visited destinations in Croatia by Americans are Dubrovnik, Split, and Zagreb.

The New York Times Travel Show is visited by more than 35,000 visitors with more than 700 exhibitors from 175 countries around the world, making it the largest tourism fair in North America.