Home » Latest » Croatia: A Look Into The Future 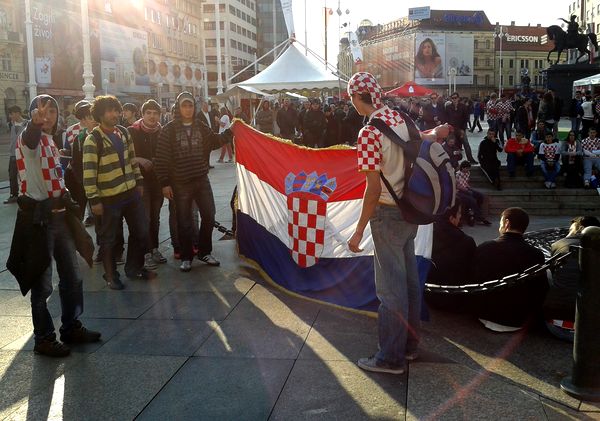 The wounds of the 1991-1995 war have not quite healed in this country, where ethnic conflicts still flare up: most recently the issue of using Cyrillic script on the street signs of the town of Vukovar on the Serbian border led to mass protests in Zagreb against this symbol reminiscent of earlier troubles. The European economic crisis has also left its traces on tourism in recent years, but tourists appear to be returning. Now, the most pressing question is: how will Croatia benefit from the opportunities and respond to the challenges of its accession to the European Union in June 2013?

On the 1st of July 2013, Croatia will become the fourth Balkan state to enter the European Union (EU). But unemployment and corruption remain the two principal problems for Croatia. The unemployment rate stood at 13.5% in 2011, much higher than the average of the Eastern European region (8.6% in 2011) and the Western European area (9.5%). Corruption has hindered investment in the country, and its negative trade balance, equivalent to 15.0% of total GDP in 2011, makes Croatia dependent on foreign countries and vulnerable to currency risks. The country’s most important trade partner is the EU, leaving the country exposed to the eurozone debt crisis.

The public sector in Croatia is considered to be inefficient, and the tax burden for consumers is high, as government revenue accounted for 36.8% of total GDP in 2011. The standard rate of VAT was increased from 23% to 25% in March 2012, and food prices rose at an annual rate of 4.3% during July 2012.

There is a widespread perception among consumers that mobile internet access is expensive. Euromonitor International data shows, however, that broadband uptake almost quadrupled in Croatia, with broadband internet subscriptions surging by 280% over 2006-2011, as the government has attempted to close the technological gap with EU nations in the run-up to accession to the EU. This catching-up effect is expected to intensify over the medium term.

The tradition of Europeans taking a holiday in Croatia is not expected to change, mainly because of the country’s natural beauty and the lower cost of holidays compared to other Mediterranean countries. Contributing positively to this development are the habits of German tourists, who value family holiday routine and like to travel to one destination most of their lives. The relative proximity of Germany to Croatia, the good and steadily improving highway network and a large number of Croatian immigrants in Germany who go on holiday to their homeland, are expected to keep this market stable for the foreseeable future.

Euromonitor International forecasts put the Croatian population at 4.2 million by 2030 – 12.1% below the peak of 1991, with a median age of 45.1 years and a life expectancy of 79.4 years. The economic outlook for Croatia in the short term is uncertain, but in the long run Croatia is set to benefit from a number of spillover effects, including increased trade and investment as tariffs drop to zero and the final barriers to integration in the European Union fall. While the Croatian government is supporting the return of emigrants to Croatia, accession to the EU will make it easier for unemployed Croats to seek work in other EU countries.

The European Commission has approved the last pre-accession and transition assistance programme of EUR46.8 million for Croatia. The funds will be used to strengthen the country’s administrative capacity for an efficient justice system and the protection of fundamental rights efforts, as well as for the establishment of a modern, transparent, and citizen-oriented public service.

Tags:
croatia a look into the futuredaphne kasriel-alexandereuromonitor international
Share on: