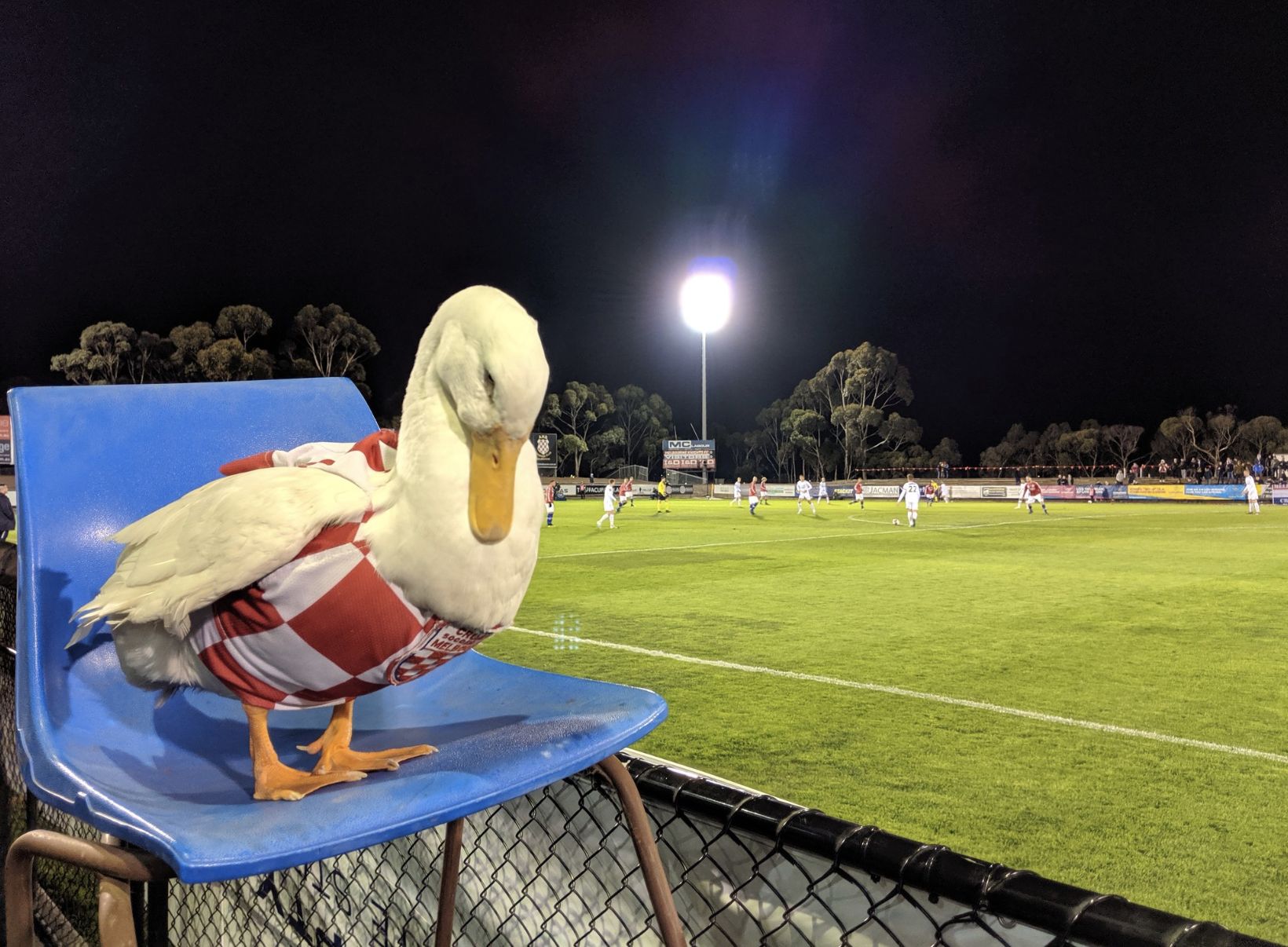 MELBOURNE, 8 August 2019 – A duck dressed in Croatian red and white checkers has stolen the show at a FFA Cup football match in Australia last night.

As TheFFACup.com reports, Cro Patak (duck in Croatian), belongs to long-time Knight’s fan Marko Bulic (67). Bulic has been supporting football in Mebourne for over 50 years, with the past 15 of them with his loyal duck.

“That’s my pet. His name is Cro Patak. Everyone in the Croatian community knows him. He’s a pretty famous duck. I had a previous one that was much smarter. He was like Elvis Presley. This one is still smart but not as clever as the last one,” Marko said, adding that he only brings Cro Patak to the big matches.

“The kids and the oldies love him. He loves it. He is very friendly with everybody. When we have a nice picnic, or an event like Oktoberfest, the duck is there. When he’s not at the football, he is arguing with the chickens and the dog if he’s got nothing to do,” he adds.

Marko also owns a galah, which he called of course Cro Galah, and a Maltese terrier called Spot.

“Many times I take my galah to the football. We put a Croatian dress on him, and my little dog wears his soccer shirt,” he told TheFFACup.com. 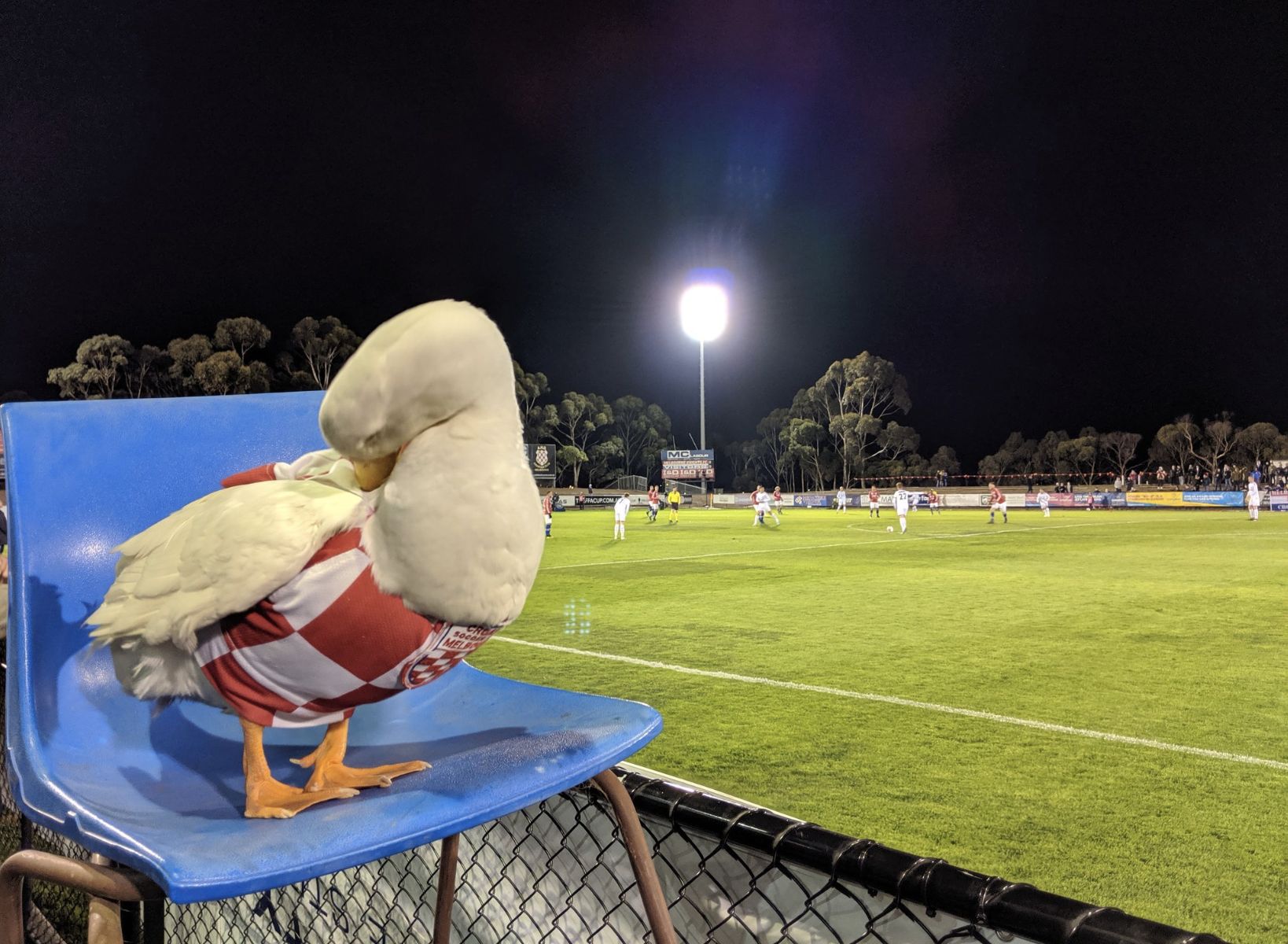 When there is an international match on Cro Patak also joins Marko in the pub to watch.

Cro Patak could not bring his side luck last night as the Melbourne Knights went down 5-2.