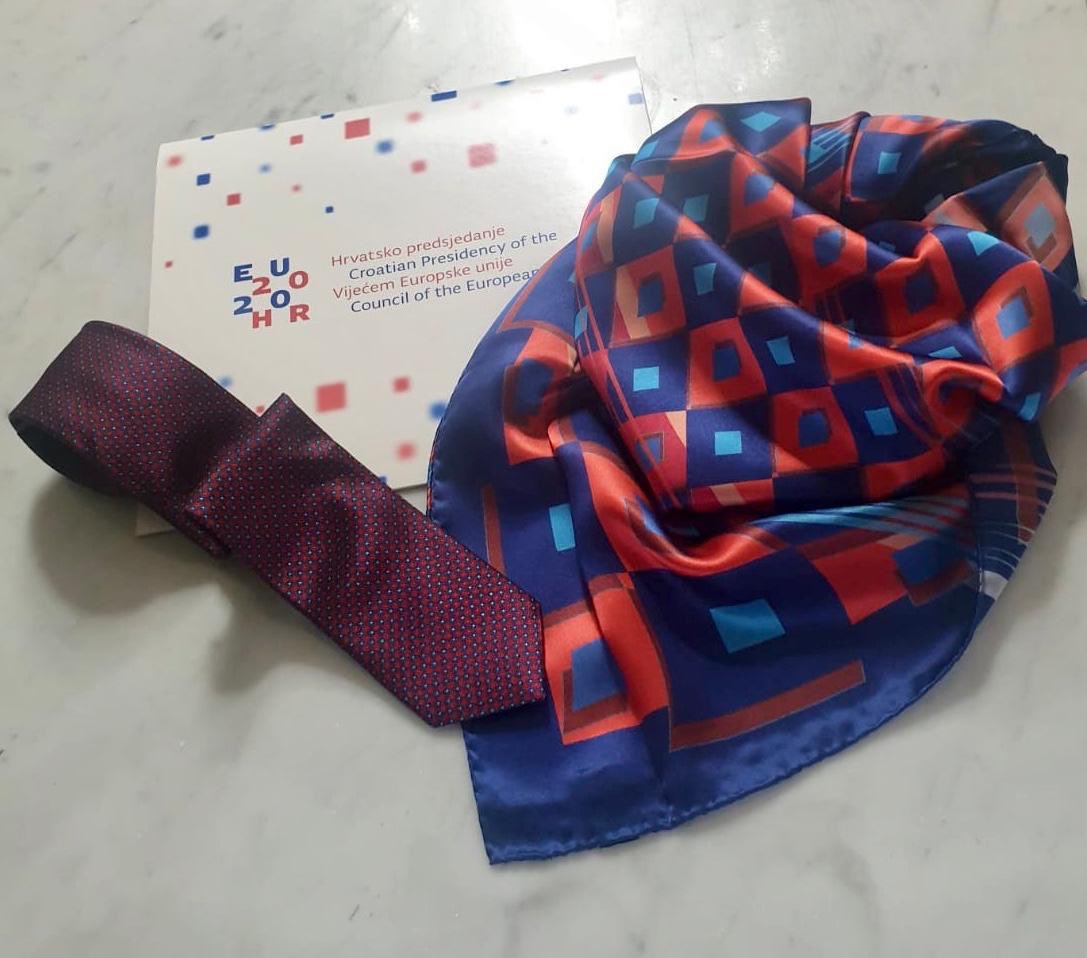 The cravat and neckerchief (Photo: Ministry of Foreign and European Affairs of the Republic of Croatia)

ZAGREB, June 16 (Hina) – Protocol gifts made for Croatia’s EU presidency were presented on Tuesday with a symbolic gifting of a cravat and a neckerchief to the founder of the brand and director of Academia Cravatica.

Croats gifted this globally accepted piece of clothing to the world., It is a symbol of elegance which originated from the neckerchief worn by Croatian soldiers who fought in the Thirty Years War, said the speakers at an event organised by Academia Cravatica and the Foreign Ministry.

“The history of this item is so layered that an exhaustive narration about it could encompass a narration of European history, first and foremost, but also world history,” said professor Nikola Albaneze.

“The cravat and the neckerchief as its origin have become a steadily present symbol of the European Union as well as an identity mark of Europe itself,” he added.

Academia Cravatica has been collecting neckerchiefs and neckties of the countries chairing the EU for years as each presents them as a gift during their presidency, he said.

The collection now includes “the Croatian cravat and neckerchief”, whose design includes the squares in Croatia’s coat-of-arms, he added.

The minister recalled that in 2008 the Croatian parliament unanimously declared October 18 Cravat Day, and mentioned events such as the tying of cravats around statues of Croatian greats and around buildings as well as cravat exhibitions.

“The cravat is an institution,” said Mihovic Bogoslav Matkovic, who runs the Cravat Museum project. He reiterated Grlic Radman’s statement that “Europe does not eradicate identities but affirms them.”