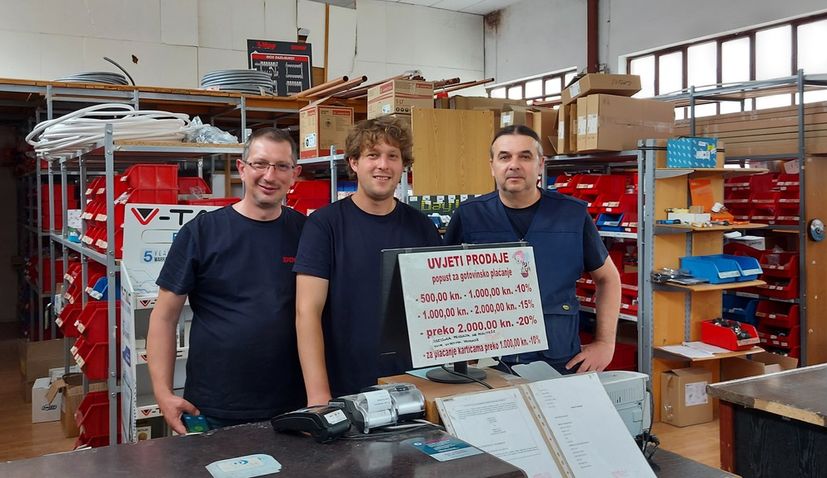 Corona meant good business for a small DIY store in Labin, Istria. Long live family businesses! They are the real heroes of the Croatian economy, especially in bad times.

“Only you can make my dreams come true … only yew uuuu!” comes from behind a rack of gutter pipes. Out pops the head of Matija Ilić, a good-looking young Croat, who is busily finding the various plumbing and other parts that we need to replace after a DIY surge at home has left more things broken than repaired.

My son Georg slashed through a water pipe while digging a channel outside, for one. And I drilled a hole into the main drainpipe from the loo upstairs. (Don’t ask why I was drilling anywhere near this pipe or indeed, why I was doing the job at all!)

Anyway, the singing Matija Ilić is in a good mood today, as are all those enjoying the end of Corona measures and the freedom of being maskless. Ilić works in Dinop, a family-run business with a branch in Labin, the shopping town closest to our holiday home in Istria. 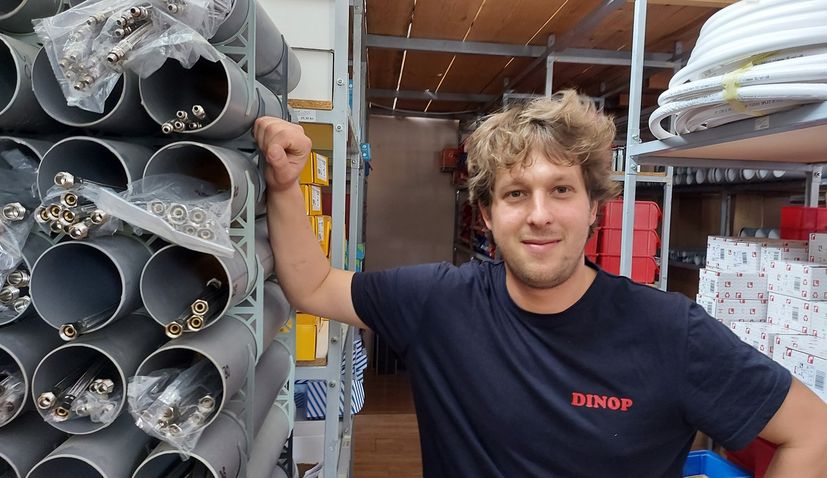 Labin was ground zero for Istria’s first two Corona cases. Now, a hard winter of Corona is (once again) behind us. And, as a reward, summer is rushing in. The nearby sea, grey and whipped by storms in winter, and also, empty of all but the smallest and oldest cargo vessels, is now sparkling stars, and even has the odd sailing yacht on it. 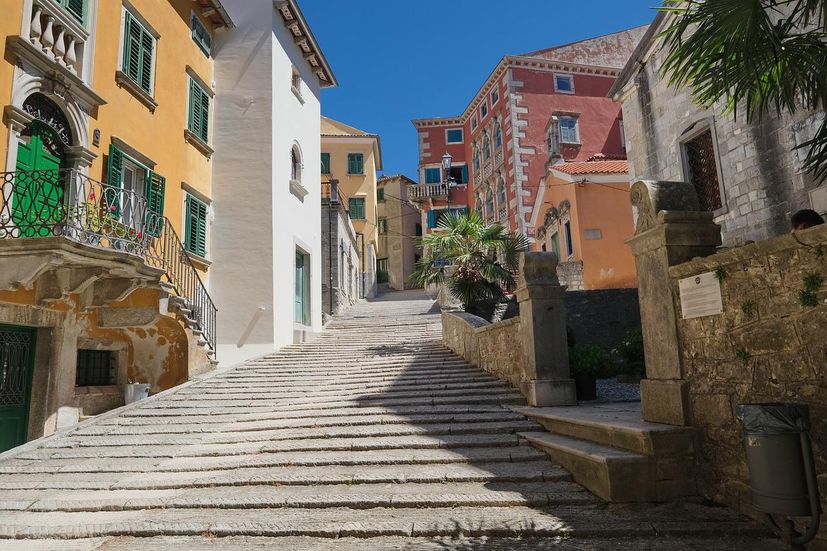 The mountains have burst into emerald green. And Labin’s gardens are filling with the heavenly fragrance of jasmine and clematis. All add to a feeling of relief in a world full of bad news.

“So how was it during the worst months of Corona?” I ask the now humming Ilić, an assistant at the family-run sanitary-ware firm, Dinop. “Was business slow?” No, he laughs: “Imagine all those men locked in with their wives at home. Of course those women got their men moving on DIY jobs around the house.” That meant big demand for things like a faucet, a valve, a new piece of pipe. “In the first lockdown, we had long queues of people wanting these small things,” he says, making a wry perhaps not very politically correct joke about men under pressure from women.

Which got me thinking – about DIY. Of course Corona must have had an impact on the DIY trade. What greater motivation to fix that leaky tap than being confronted by it 24/7 during lockdowns and quarantines rather than just on weekends or after work? Ivo, the husband of good friends of mine in Labin, moans regularly about how his wife kept him busy during Corona. They had just moved house, and, because she had hip problems, she needed someone to knock in nails, paint walls and so on. A recent visit shows just how fruitful her lockdowns with a trapped husband were. The house was set up in no time.

But my hardware visit highlighted another important aspect about the Labin hardware market. Labin has been spared an invasion of the DIY global monopolies, such as Bauhaus, that are now extinguishing small businesses all over Croatia. At the foot of the ancient fortified town lie countless small DIY – and other family-owned shops. I love them. 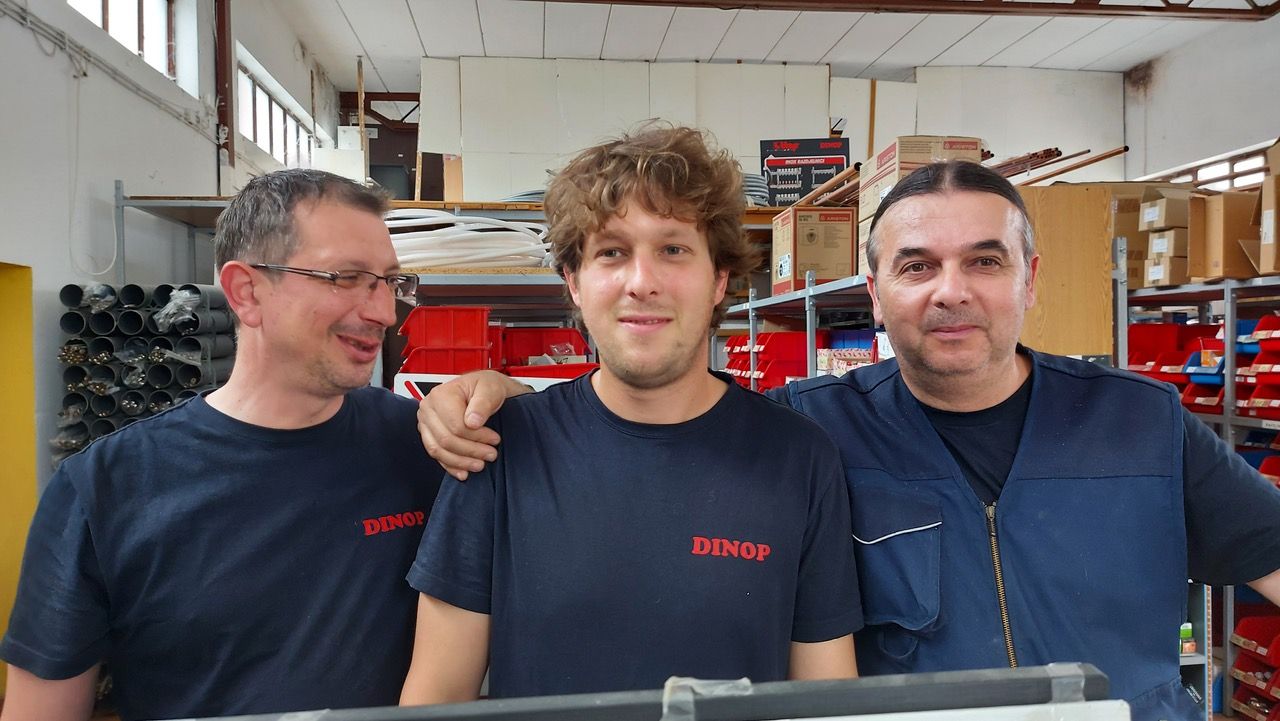 The products are good quality (as opposed to the appallingly bad quality of hypermarket products in Croatia.) You can get anything you need. And if one shop does not have it, there will be a smaller speciality shop that does. And even though Labin is a relatively small town, there are many, many such shops. Each one provides a secure income for not just one family, but also, all their employees.

The 40-year-old Dinop firm for example has 11 stores in Croatia, employing 87 people. “Family businesses are very important in Croatia because we are a small country with a limited market and small shops are a big part of the economy in small towns,” says Maja Breščanović from the Dinop HQ in Zagreb.

Imagine if Bauhaus were to come to Labin, as have Spar and Lidl. Many local grocery stores have found their businesses eroded by these hypermarkets and their low prices. And the town’s fresh food and fish market is also shrinking. One Bauhaus coming to Labin could potentially kill all the town’s local hardware-related businesses. 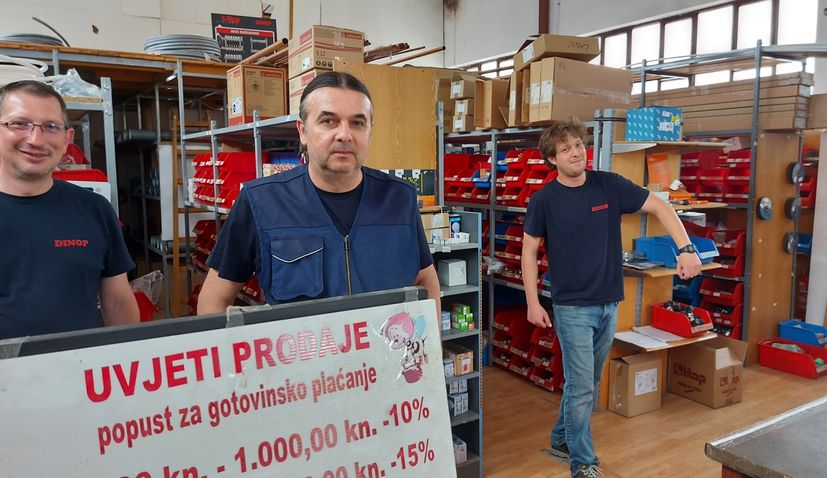 During the first year of Corona, the Croatian government announced that the crisis underlined how dependent the country had become on tourism and global imports. The need to encourage local businesses was highlighted. Let’s hope, for the sake of Matija Ilić and his charming place of employment that these good intentions are not lost as Croatia forgets Corona in the joy of a restrictions-free summer. 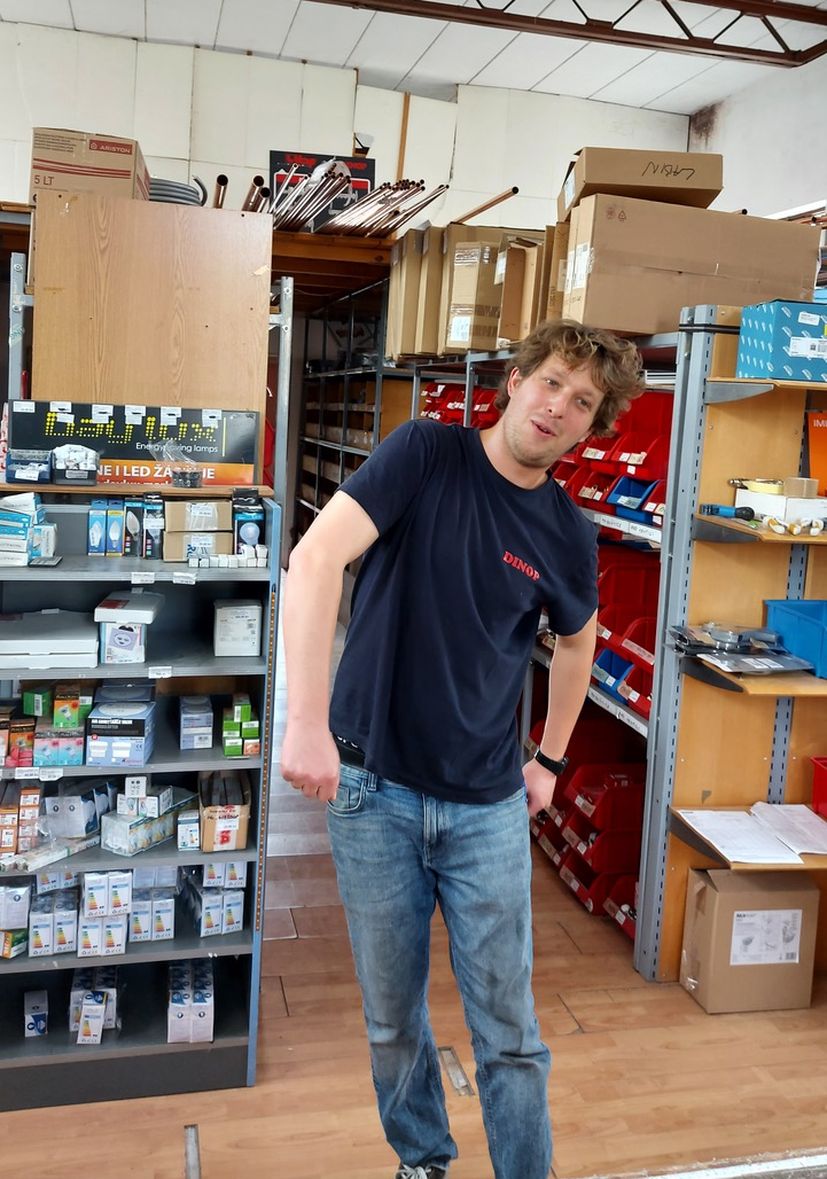 Global monopolies have no place in a small developing economy. It is the small family firms who will provide the employment – and, frankly, quality and services – that this country needs as the full economic fallout from Corona – now followed by the Ukraine war – hits Croatia. Already, the impact of rising prices is making itself felt. “Now more than ever we need family businesses to keep small towns alive,” says Breščanović.

Vicki Sussens is a freelance journalist based in Munich, Germany, who spends many months a year fixing up an old stone house in Croatia