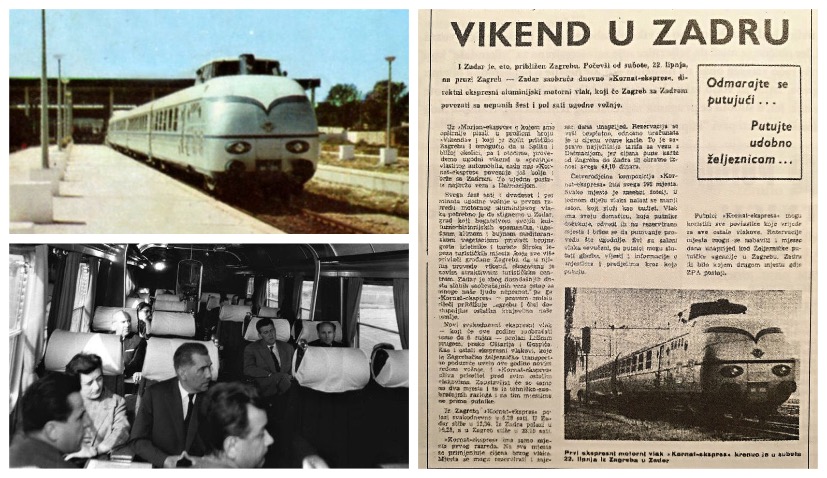 54 years ago this week the Kornat-ekspres train left Zagreb for Zadar for the first time.

The railways were facing difficulties times between 1965 and 1968, when the number of passengers dropped from 71.4 to 58.7 million. 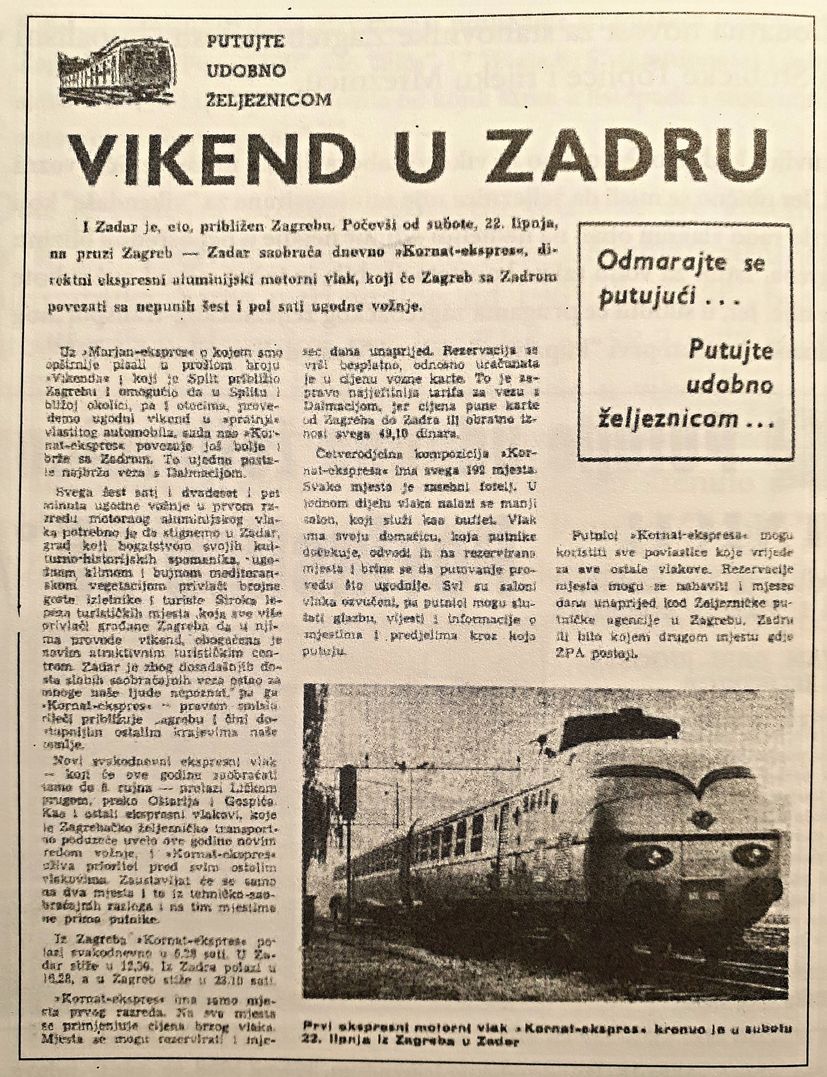 That year, the Kvarner Express lauched, connecting Zagreb and Rijeka in three and a half hours. On June 15, 1968, the Marjan-ekspres left Zagreb for Split for the first time with car wagons.

One week later, on June 22, 1968, the Kornat-ekspres train left Zagreb for Zadar for the first time. The trip from Zagreb to Zadar lasted six and a half hours, and on that route the passengers travelled on the first European aluminium train made in the Zagreb factory Janko Gredelj.

There were only first-class seats in the train (separate armchairs), 192 of them, and in the four-part composition there was also a “buffet” and a maid who took care of the passengers.

Passengers could listen to music, news and information about the places and areas through which the train passed. The Kornat-ekspres departed from Zagreb at 6.28 and arrived in Zadar at 12.59. It would return from Zadar at 16.28 and be in Zagreb at 23.10. 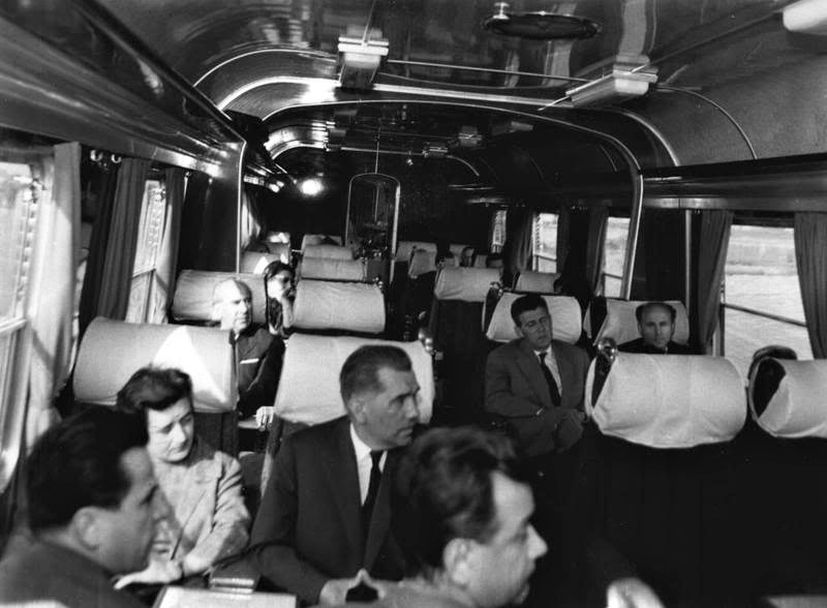 Back in 1963, the Janko Gredelj factory made three prototypes of the JŽ 611 series diesel electric motor aluminium train. It was an advanced construction that attracted the attention of the industry around the world. The trains were designed to run on normal gauge (1435 mm) and could reach a maximum speed of 120 km / h. 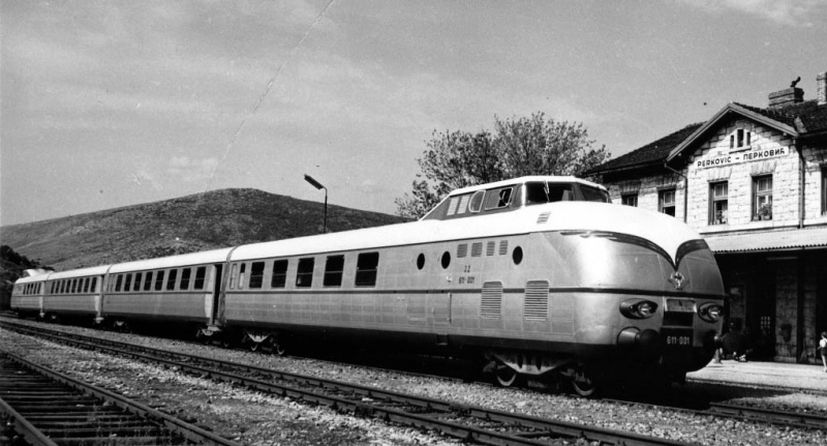 They had two 400 hp diesel engines for traction. The length of the train over the bumper was 82.12 meters, while the width was 3 meters. The train had 192 seats and ran on the lines Zagreb – Zadar and Zagreb – Belgrade. 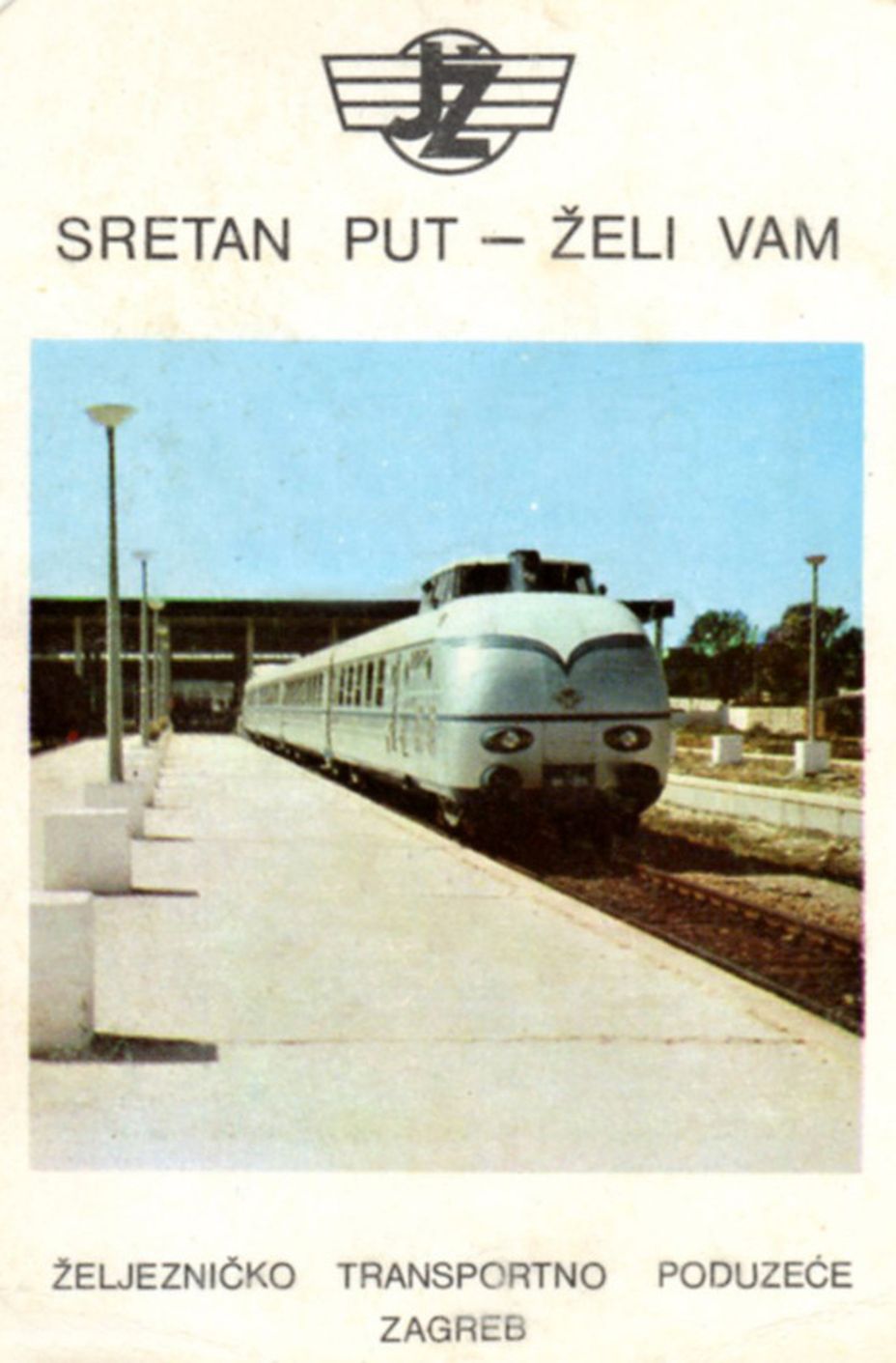 These trains were used for only a few years, and in the context of using aluminium to make the body, Gredelj also made three sets for the narrow-gauge line Zagreb – Samobor (known as silver arrows). The idea was unfortunately not commercialised in the context one would expect given the interest it has aroused globally.