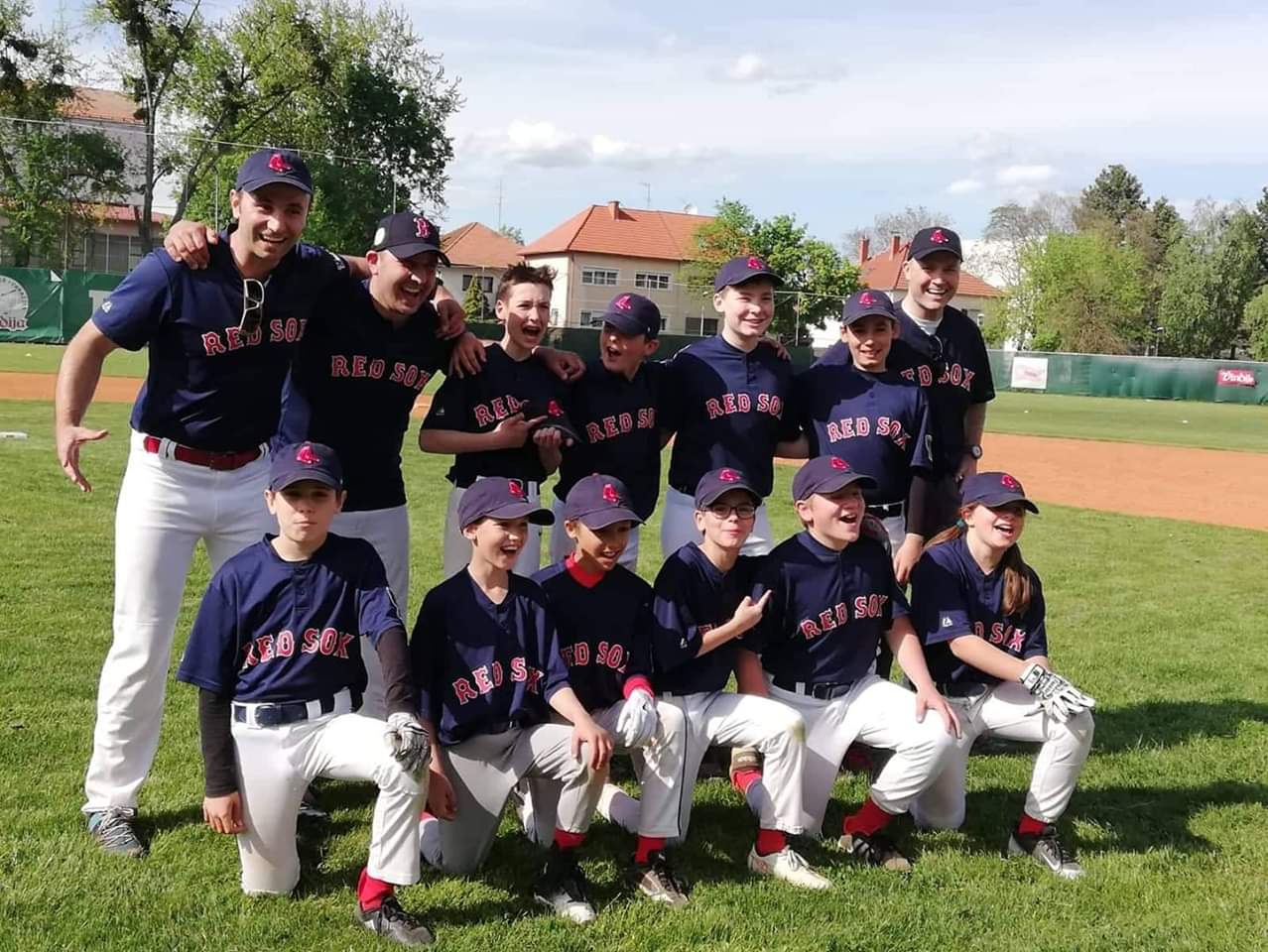 In the winter of 2019, when there was snow atop Sljeme and cold breezes blew across the Sava, a strange sound began coming out of the gyms of the elementary schools in Novi Zagreb. It was the sound of a small, hard ball going from 65 kph to a complete stop as it hits a leather glove. If you’ve ever heard this sound you know immediately what it signifies. It is the sound of an American tradition that is spreading across the globe. It is a sound that brings together fathers and sons, a sound that can remind us of warm weather and sunshine even in the cold, dark days of winter. It is the sound of baseball.

In the winter, the Novi Zagreb , of the Croatian Little League, began training indoors with throwing and catching drills. This group of young athletes didn’t look intimidating. They weren’t as big as some of the other teams they play against from Zagreb, Karlovac, Sisak and Varaždin. They weren’t experienced (many of them haven’t even seen a baseball game before). They weren’t decked out in the latest gear (most of the players didn’t own a baseball glove). When spring came and they moved their practices outside, they didn’t even have a field to play on.

Looking at them you wouldn’t have imagined that they would be adopted by the reigning world championship professional team, be supported by the American Ambassador in Croatia (who is also the father of a top-level college baseball player in the United States), and win the Little League regional championship with Major team and second place with Minor team. Yet they did it. 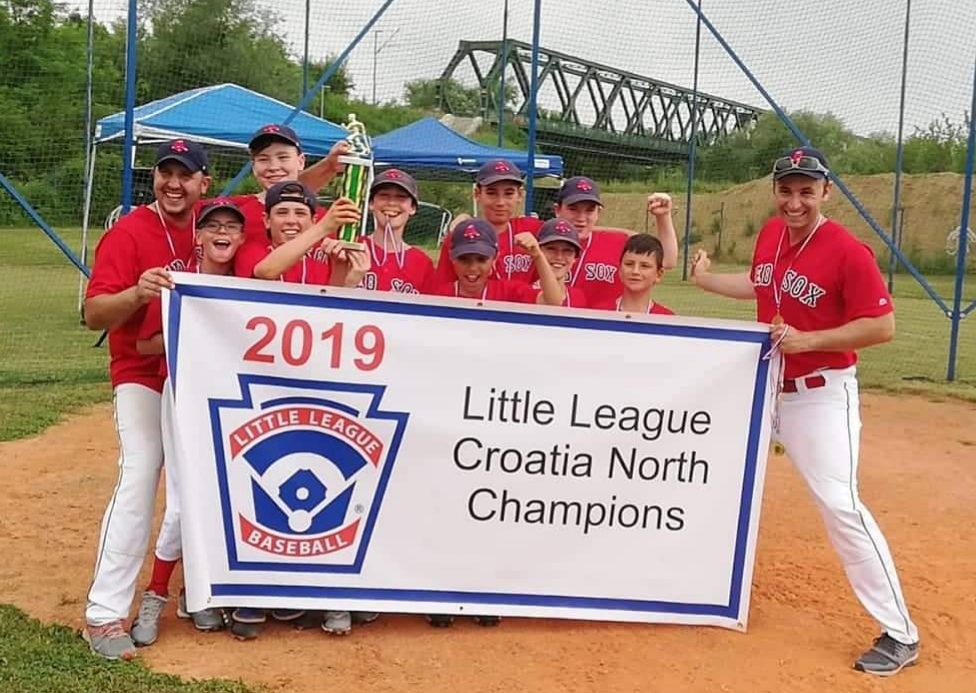 As the season began they caught the eye of a group of prominent businessmen from Boston who were visiting Croatia. The businessmen, Ancient and Honorable Artillery Company of Massachusetts, were supporters of the 2018 Major League Baseball champions, the Boston Red Sox and they were connected with the owner of the Boston team. The Boston owner took an interest in helping the Novi Zagreb team and sent professional-level uniforms to for the team to use. Of course, the uniforms were Red Sox uniforms. And so the Novi Zagreb baseball club became the Zagreb Red Sox. 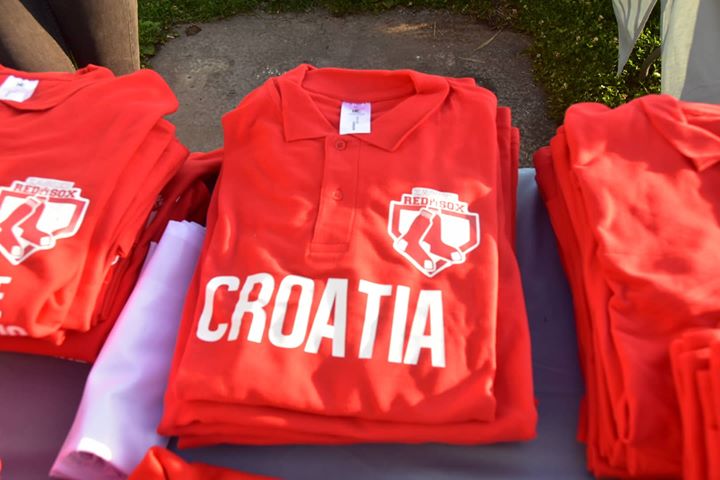 True to their professional namesake, the Zagreb Red Sox began playing a style of baseball that was built on pitching and taking advantage of any mistakes the opposing team made in the field. Younger and smaller than most of their opponents the Zagreb Red Sox team used speed and smarts to put pressure on opposing teams and manufacture runs.

They rarely hit home runs, but instead, they stole bases, advanced on errors and challenged other teams to play perfect defense to get them out. They kept a lid on other teams’ scoring with strong pitching from as many of four or five pitchers in a game. They often left other teams wondering “how did we let those kids beat us?” Contributions from all of the players, young and old, big and small, allowed them to not only win games but win fans with their underdog approach. 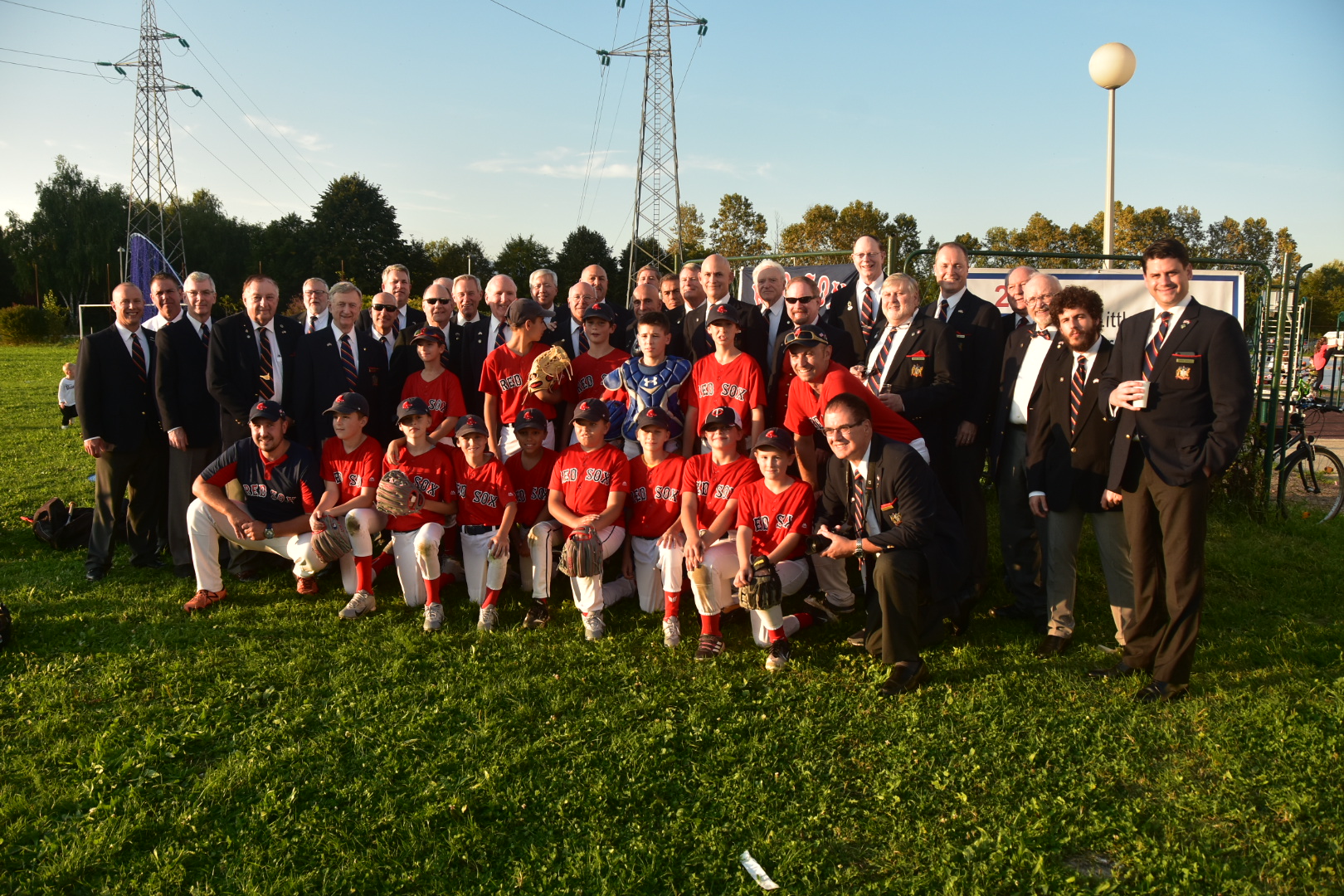 By the time they reached the championship, this group of kids still looked like underdogs. But their work in the gyms in the winter paid off. The hours of drills, working on their hitting, their throws and their fielding all came into play as they used every bit of their training to pitch, field and hit their way to a title. 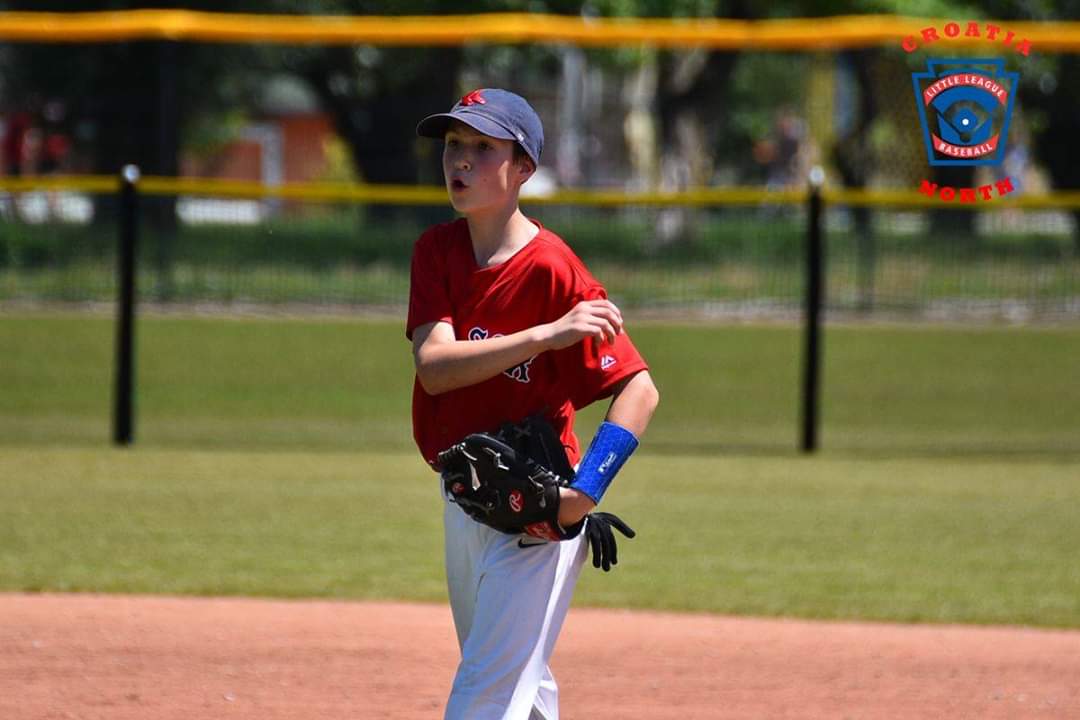 To keep the championship from being a one-time phenomenon and keep building the momentum, the boys and girls from Zagreb Red Sox will have to put in the effort again this winter getting ready for the 2020 season. This time, they hope to gain even more support from their fans and supporters to get more equipment and they’re working hard to secure their own dedicated baseball field for practices and home games. 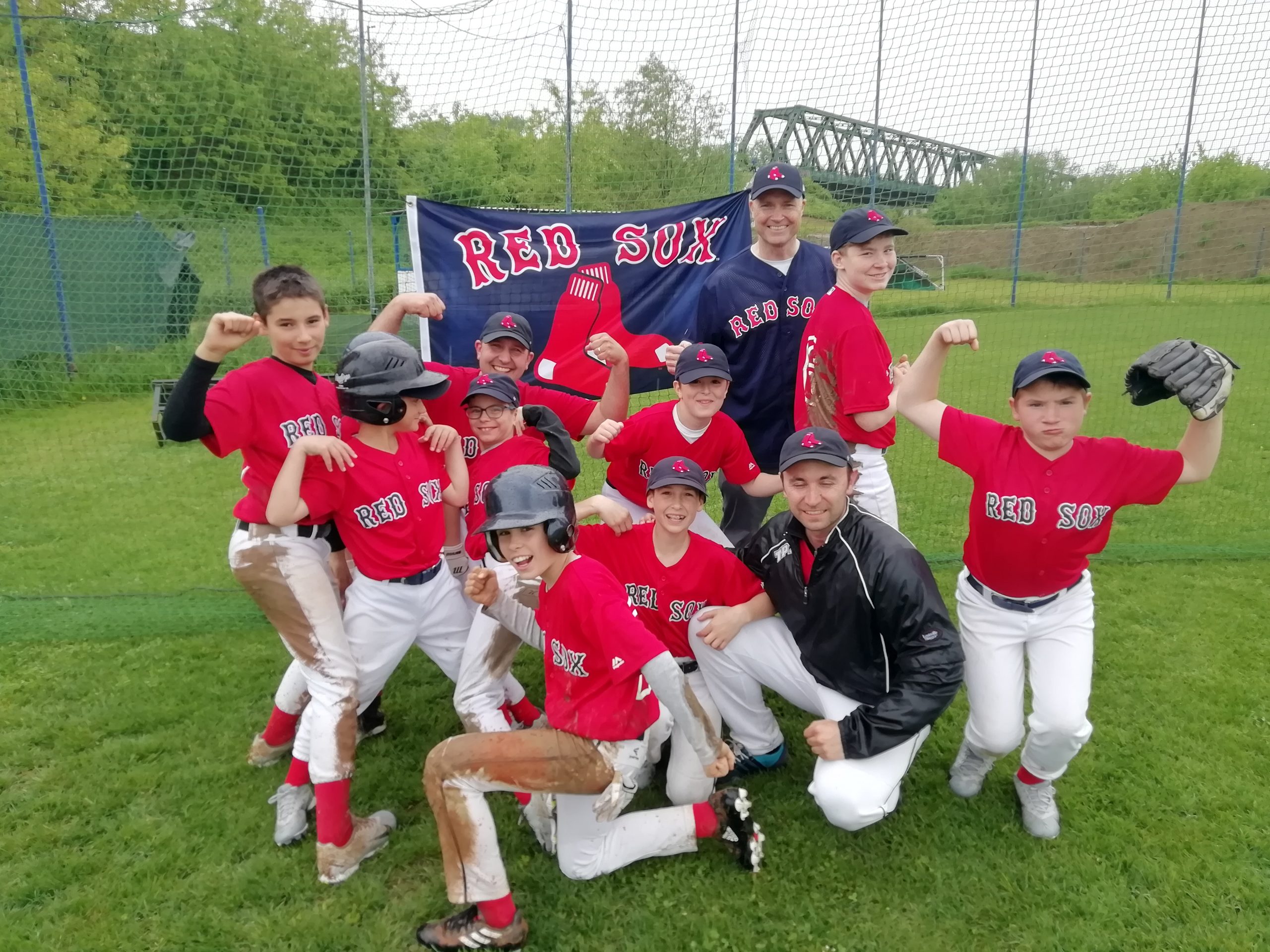 The one thing they know they’ve got going into the 2020 season, though, is the drive to repeat their success. And so, if you hear the sound of a ball hitting a glove in Zagreb this winter, you’ll recognize it as the sound of the Red Sox getting better, one throw at a time. 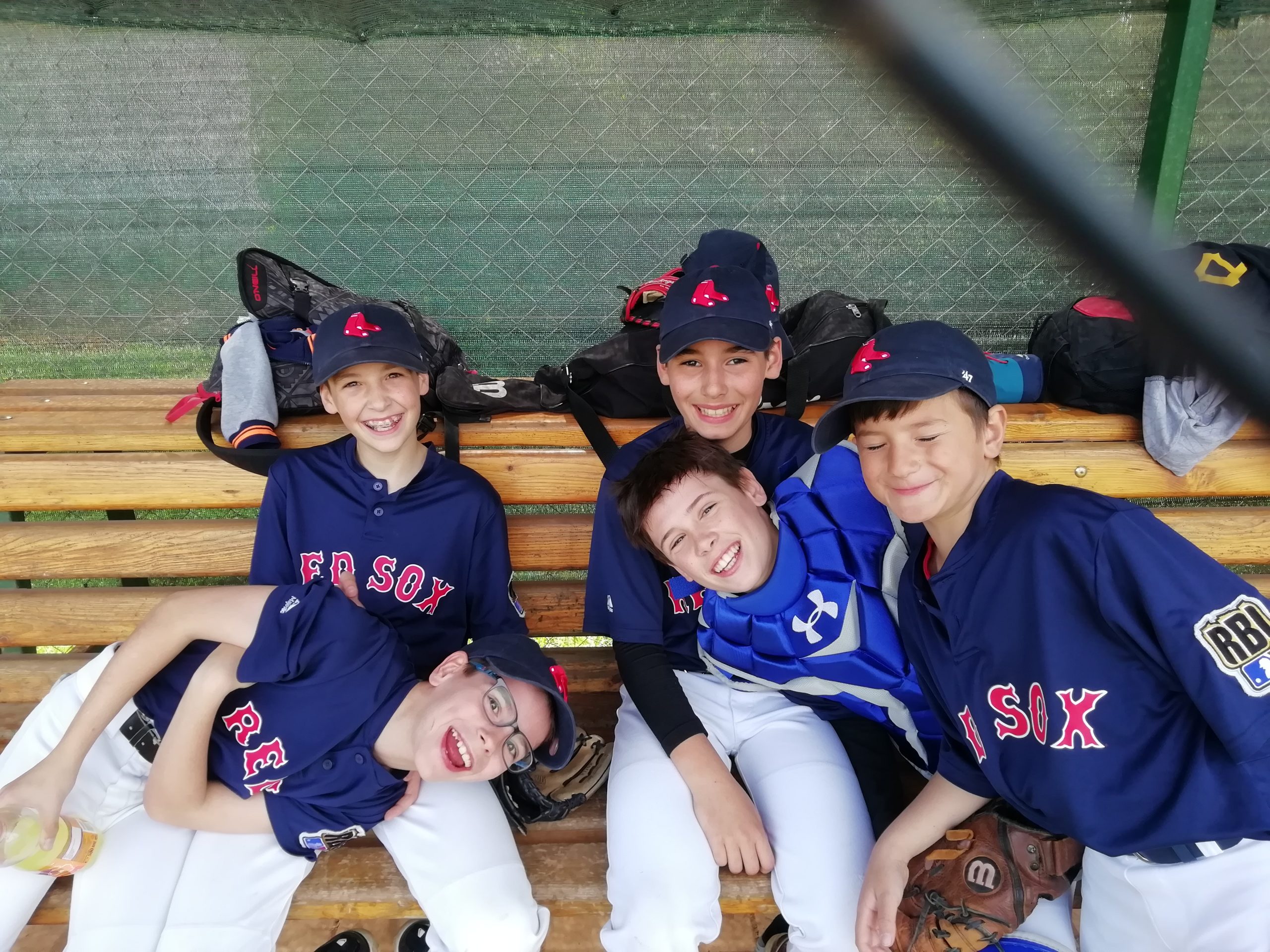