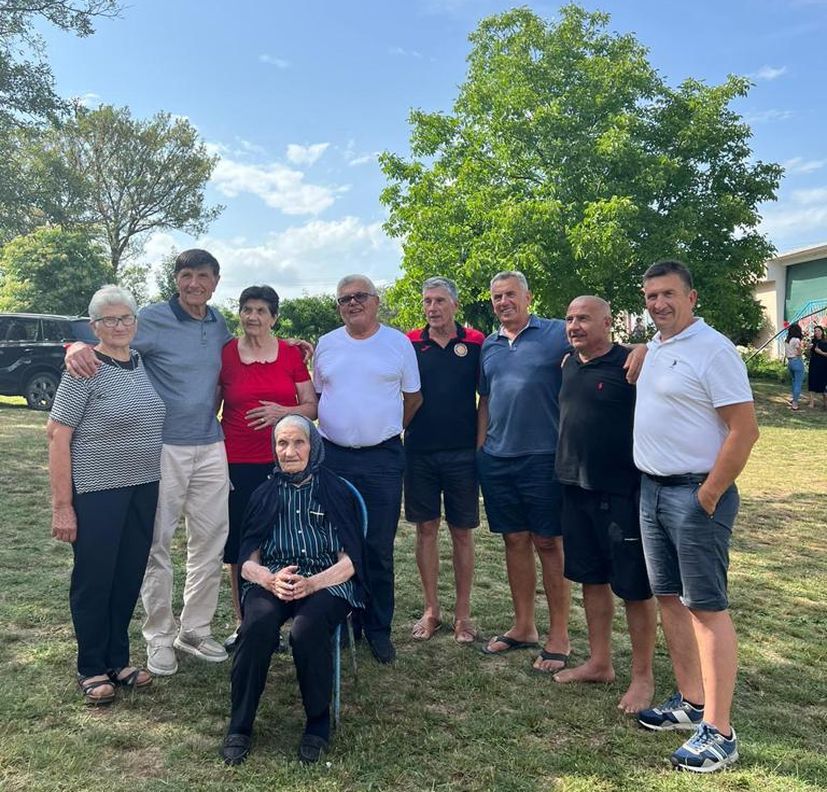 Gloria Puljić Perryman lives in Chicago but visits Croatia every year, especially to see her grandmother Janja Puljić. Baka Janja, lives in Metković and this month she celebrated her 102nd birthday.

“She is our holy woman and I can’t believe that she is still strong and healthy. You would think she is 70 years old,” Gloria, who was unable to be in Metković to celebrate the impressive milestone, tell us.

Born in 1920 in Stjepan Križ in western Hercegovina, Janja did not go to school growing up, instead she looked after the cattle on the family land. Apart from looking after them, she would also make socks, vests, sweaters and blankets by hand from wool.

When she turned 20, Janja would marry Ivan Puljić.

“When she got married, she didn’t even know how to knead bread. Her father-in-law taught her everything, how to knead bread, how to make soup… She did household chores, but they were different from today. They were poor. The house consisted of two rooms and everyone slept together in the same room. We slept in one corner, and in the other a cow, and sometimes two. She spun wool and knitted clothes. She looked after the children,” Marta tells us.

Their second eldest, Ilija, and his cousin Ante Puljić went to America when they were 18 years old in 1963. For six months Janja and Ivan did not hear from them and did not know if they were alive or dead. The first time they contacted them was from France, where they had earned money and immediately sent that money to their family. Janja’s daughter Mara, used that money that they sent back to get married. 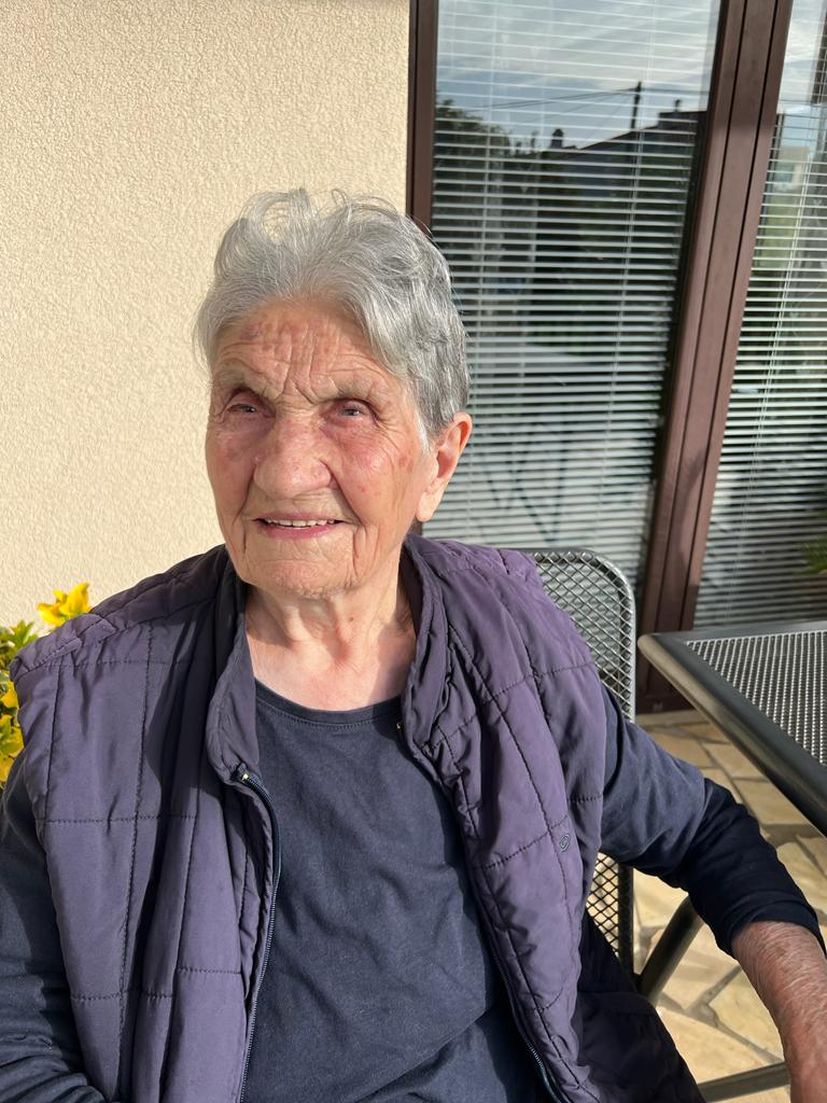 From 1920 to 1942 Janja lived in Brštanik but during World War II she had to flee and ended up in Bišina, where they built a house. She gave birth to 4 children in Brštanik, and 4 in Bišina.

They would then live between Brštanik-Bišina. In the summer they were in Bišina with the cattle, and during the winter they were in Brštanik, where it was warmer than in Bišina. Bišina had very fertile land, so they spent their summers there.

In 1991, Janja would get pneumonia, so her son Mato, who is a priest, took her to Stolac. She was there for 7 days, she received 7 injections, and after that she had to flee from Stolac because of the war. She could not even return to Brštanik. She fled to Gradac with her son Mato, where she lived in a monastery with nuns. The nuns wanted to teach her to read and write, but she never did. She says that she was not made for this.

Janja arrived in Metković in 1992 and stayed in a house bought by her sons Rudo and Ilija, who at that time were already living in America in Chicago. She is still living in Metković today and lives with her youngest son Marinko, his wife Tanja and their four kids Marko, Ivan, Branimir and Marta.

Janja gets up at 8 o’clock in the morning and the first thing she does everyday is the sign of the cross and prays (Anđeo gospodnji, Zdravo Marijo, Službenice gospodnje). After that she always makes her own bed before heading to the kitchen to have her morning coffee which is made by Tanja. After that, she goes back to her room where she prays the rosary.

She likes to go outside everyday for a walk around the house with her cane, and If it’s a nice day, she likes to sit in the sun.  As of lately she has been watching every single Croatia game to root for her team.

“Sometimes she visits her neighbour Štefica for a chat as well as chatting with her grandchildren and also the family dog Toro. In the afternoon, she sleeps a little, prays to God, drinks afternoon coffee or tea with her family. She has a radio and large headphones in her room, so she listens to two Masses on the radio every day. In the evening, she goes to sleep around 8 in the evening- Before going to sleep, she makes sure to pray two more rosaries,” Marta adds. 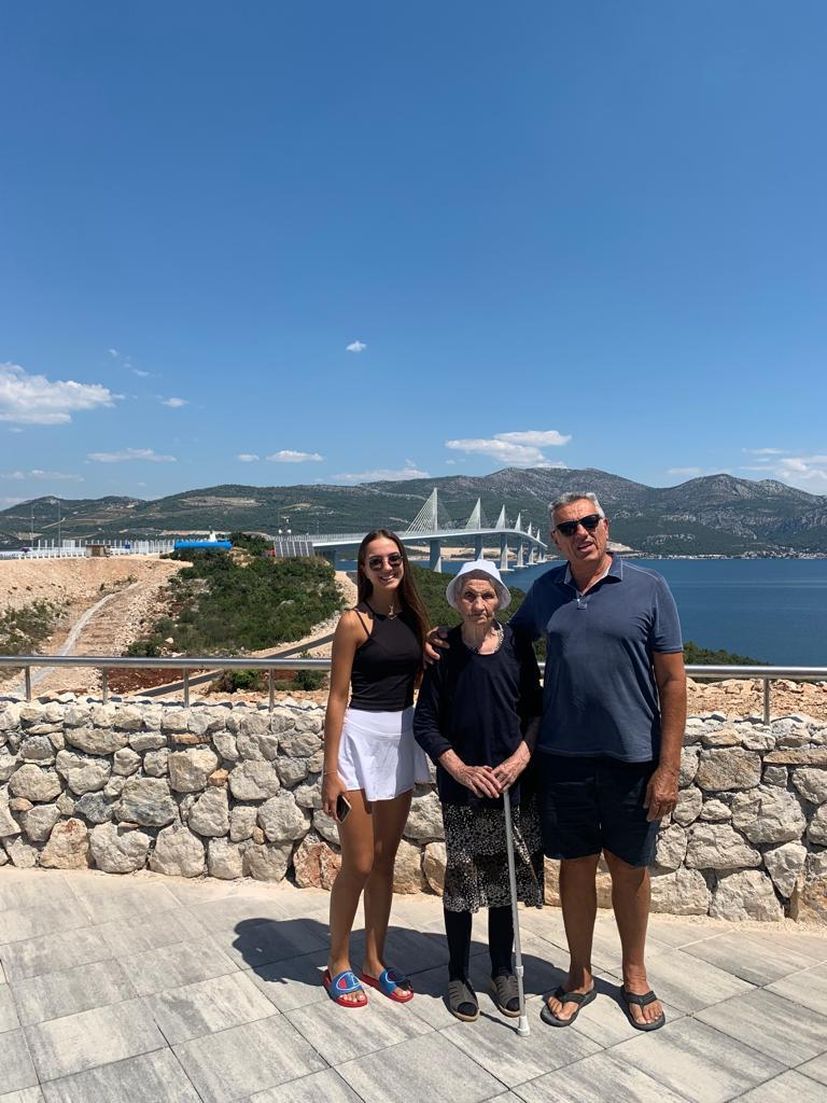 Secret to her longevity

“I don’t have any secrets, thank God I have eyes to see, I’m a little deaf, I’m sorry, but I don’t have secrets. I just put myself in God’s hands for God to help me,” Janja says, before adding.

“My favourite thing I can do myself is wash, comb my hair, take a bath. I like to walk, and most of all I like to pray to God, as far as I know. I like to visit Brštanik, I like to be with my family.”

“I was always well-fed. I put 3-4 sugar cubes in a glass of water every evening and I drink that every morning, so I can be full until noon. I like to drink rakija and wine. I am moderate with food. If I don’t have anything, I take a piece of bread and a glass of water and I’m full. I eat what everyone else does, there is no food I don’t like. I like everything you eat with a spoon, and I also like pizza. Yogurt and turkey are often on my weekly menu,” she says. 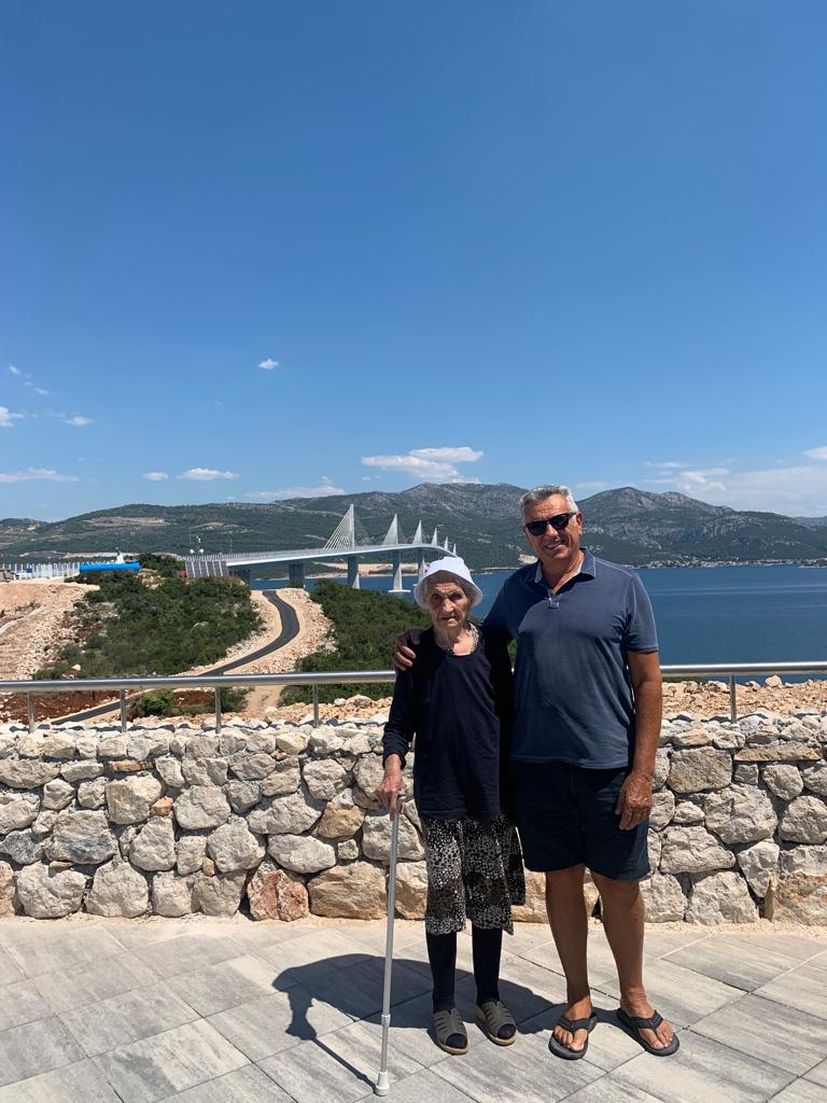 Advice for the youth

“The whole family would like to wish Baka Janja a happy 102nd birthday, we love you!”