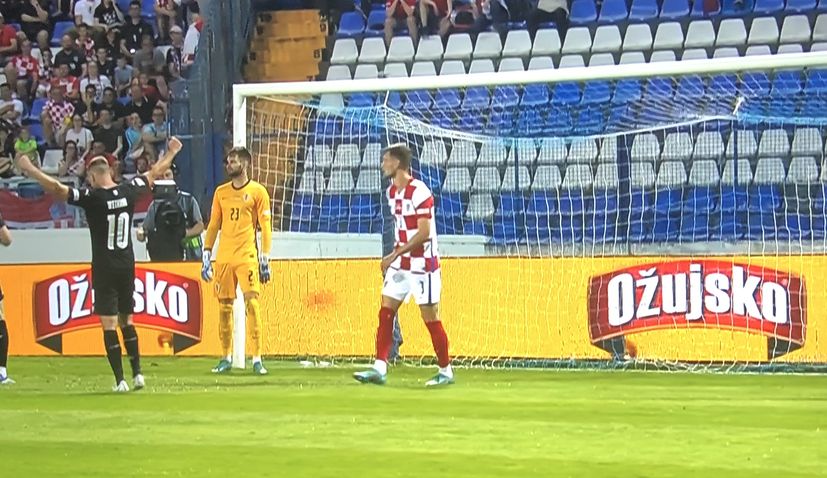 A disappointing Croatia have lost their opening UEFA Nations League match against Austria 3-0 in Osijek on Friday night.

A Marko Arnautović first half goal, and goals from Michael Gregoritsch and Marcel Sabitzer within three minutes in the second half stunned the large crowd at Gradski vrt stadium.

Missing a number of players through injury or being rested, including captain Luka Modrić, Ivan Perišić and Joško Gvardiol, Mateo Kovačić was given the captain’s armband.

Despite the humid conditions in Osijek, both sides played with lots of energy in the opening half and it would be the home side who would create the best chances early on.

Mario Pašalić would have the best chances but first he could only guide his header wide, and with his second chance he would take one touch to many as he Austrian defence closed him down inside the box.

Lovor Majer was in a lot of the action, creating some good openings, whilst Kovačić showed glimpses of class.

Austria would make Croatia pay in the 41st minute for not putting away their chances when Arnautović would get past Duje Ćaleta-Car before banging the ball into the bottom corner to make it 1-0.

The visitors doubled their lead in the 54th minute when Gregoritsch got in between the Croatian defence to steer in a cross from Wober.

They would make it 3-0 just three minutes later when Sabitzer let fly from 25 metres out and the ball would skid into the bottom corner past the diving Ivica Ivušić.

Zlatko Dalić sent on Modrić to try and get back in the match, but it would be to no avail as Croatia could not find a way through.

It has been a bad week for Dalić, whose father passed away during the week, but Croatia will have to find a way to bounce back quickly as they have three more matches in the Nations League in quick succession.