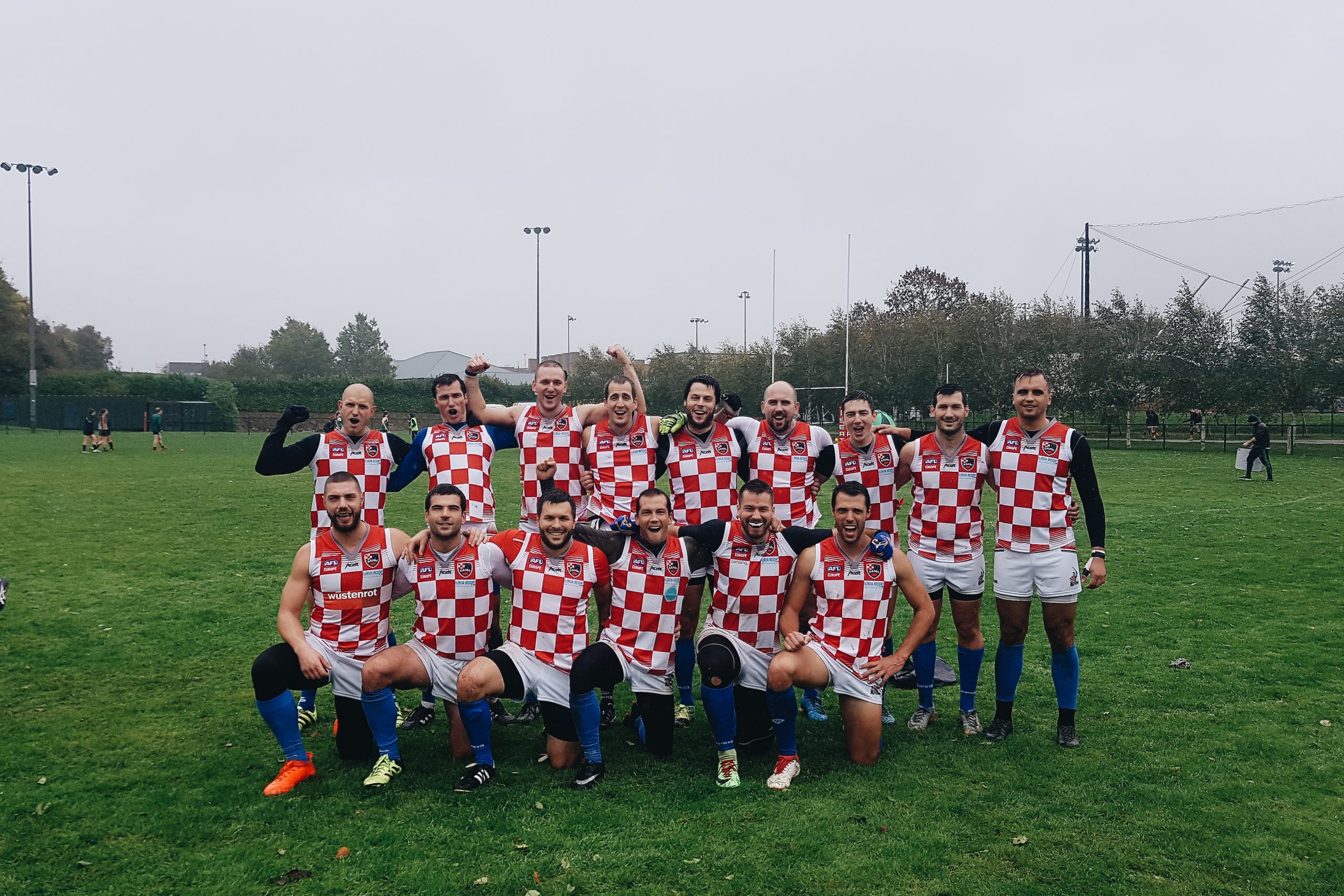 ZAGREB, 26 September 2019 – The sport of Aussie rules in Croatia has been growing from strength to strength since the Association of Australian Football Croatia (SANH) was formed back in 2013.

Aussie rules began in Croatia way back in 2005 when Kolja Koraček started kicking a football around with friends. He came into contact with the sport when he was studying in America. When a group of guys who returned from Australia to Croatia heard about it, it started to take off.

Currently in Croatia there are three men’s clubs – Zagreb Cvjetno Dockers, Sesvete Double Blues and Zagreb Hawks, as well as two women’s clubs – Žkan Sesvete Redlegs and Žkan Zagreb Panthers. There are over 100 players playing the game today in Croatia.

Despite not having adequate facilities to for training, the clubs have achieved commendable success every year. In June, the Zagreb Hawks and Žkan Sesvete Redlegs both won the Central European Australian Football League (CEAFL) title, and with it won a spot in next season’s Champions League. 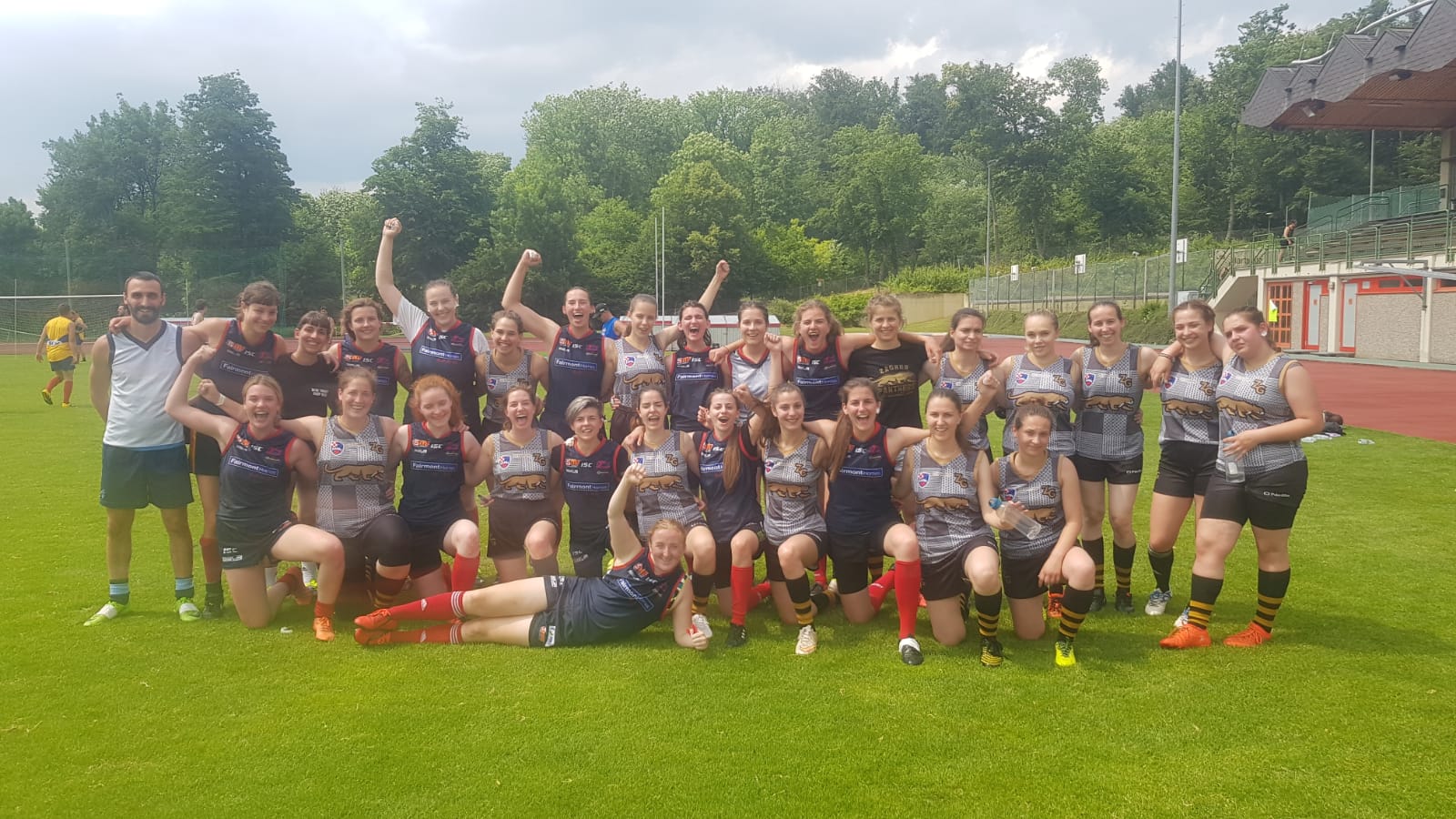 There has been great results also from the Croatian men’s and women’s national teams, the Croatian Knights and Croatian Queens. The Croatian Knights men’s team has been competing on an international level since 2008 and have won 2 gold medals, 3 silver medals and 4 bronze medals at the Euro cups, and are current Division 2 champions, winning the title back in 2017 in Melbourne, Australia.

The Croatian team was inexperienced but were lifted by the support of the Australian-Croatian community who turned out to support the team and help them to a memorable title win. 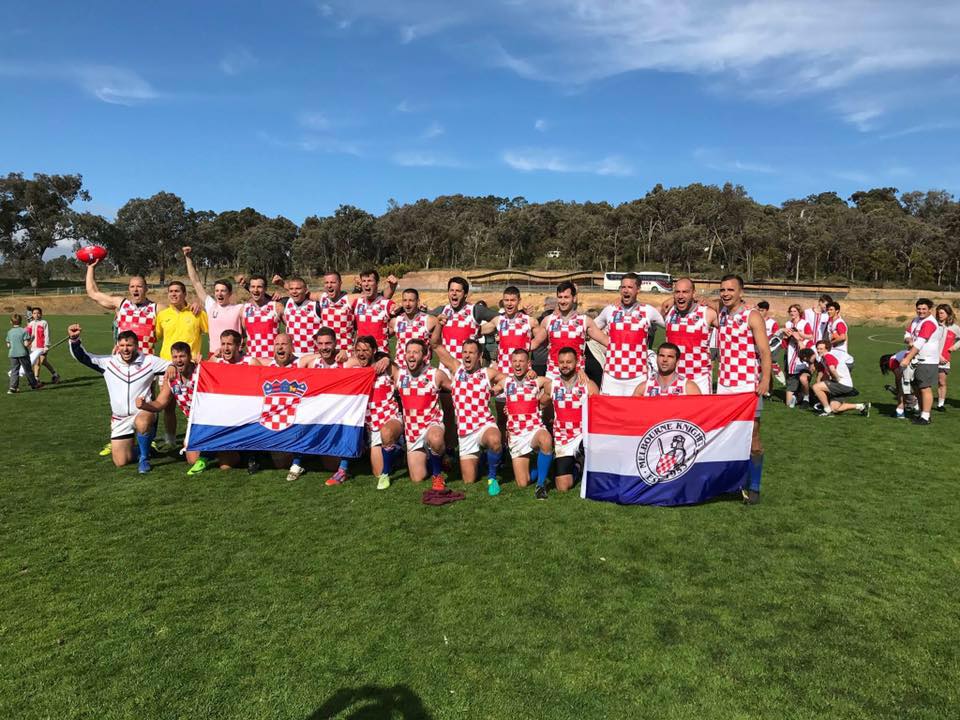 The Croatian Queens women’s team are hoping to improve on their best success which was a bronze medal at the Euro Cup in 2016 in Lisbon, Portugal. 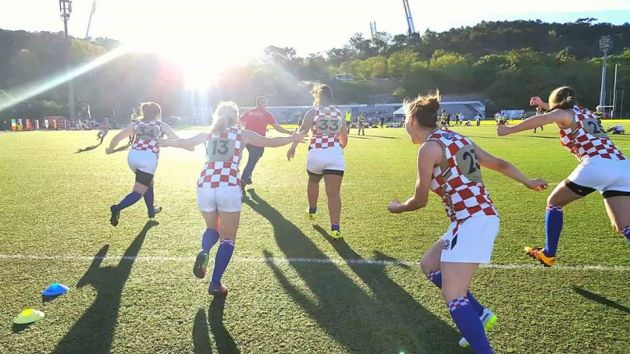 “The locals have come to love the sport. Only a dozen players have any contact with Australia, everyone else learnt about the sport here and have come to enjoy playing and watching it. It’s a physical sport that requires a lot of aestheticism and a team sport that brings everyone together,” said SANH president Dinko Irsag.

“New players are hard to come by and the best way seems to be word of mouth. We have educational programs where we present the sport to universities and high schools, but the best turnout is usually when someone recommends the sport to friends. It should be noted that in 2015 Josip Habljak became the first Croatian player to go to Australia and play professionally and for the past three years Tomislav Cvetko has played professionally in Australia,” Irsag adds.

To help get a better infrastructure for the sport in Croatia, SANH has launched a crowdfunding campaign to help make the first oval Aussie rules playing ground in Croatia.

“SANH has launched a crowdfunding campaign to help with developing the ground next to the Faculty of Kinesiology (Zagreb). The campaign was launched after a contract was signed in June with the faculty dean. SANH have been given the field next to the faculty to use and we want to make the first oval ground in Croatia there,” SANH said, before adding.

“Promoting the sport better in Croatia, and the construction of the ground has been one of the primary goals from the very beginning. We hope that our players, who have been performing for years, will finally have the opportunity to train and play on their own ground.”

More information about the crowdfunding campaign can be found own the following link: http://bit.ly/teren-za-australski-nogomet

“We would like to thank our sponsors, Ilirija Hoteli & resorts, Jurčević Consulting and Versus Solutions d.o.o. for supporting us over the years.”