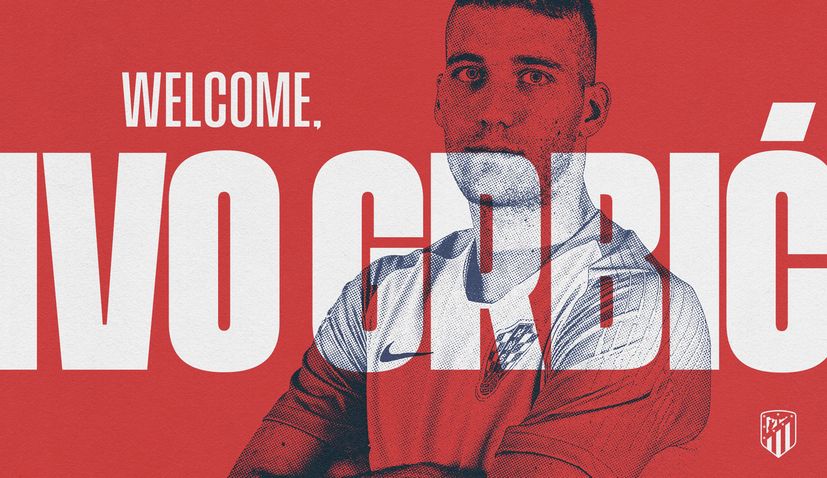 Grbić, who was named this week by Zlatko Dalić in Croatia’s 23-man squad for upcoming UEFA Nations League matches next month, was impressive in goal for NK Lokomotiva last season, helping them to finish second in the league and secure a Champions League qualifying round spot for the first time.

Grbić flew out yesterday morning to Madrid where he passed a medical before signing a 4-year deal with the 10-time La Liga winners.

“Ivo Grbić is now a red & white player after reaching an agreement with NK Lokomotiva Zagreb. The goalkeeper passed his medical at Clínica Universidad de Navarra and will be part of the team until 2024,” the club said in a statement.

[📝] Agreement with @NKLokomotiva over the transfer of Ivo Grbić.

🇭🇷 The goalkeeper signs for the following four seasons.

➡️ All the details: https://t.co/PmnkNZq9iC

“I worked on this deal for a year, I informed Atletico that Lokomotiva had a great goalkeeper and then they started following him, and finally they concluded that Grbić is the best goalkeeper in Europe they can bring for the amount they decided to offer or spend. Atletico Madrid had the best goalkeepers in the last ten or fifteen years, there was De Gea, Courtois, now it is Oblak. Atletico believes that Grbić is similar to De Gea and Courtois and that his stature and reactions remind them of them. They think he could become the new big name of Atletico,” Grbić’s manager Andy Bara told daily Sportske Novosti.

Grbić has been a target of Slaven Bilić who wanted to bring him to West Bromwich Albion.

If Grbić becomes Atletico’s number one, it will be one of the biggest transfers in Croatian football, Bara concluded.

Born in Split, the 6 ft 5 in keeper has represented Croatia at all youth levels and earned 71 caps for Lokomotiva after moving from Hajduk Split.